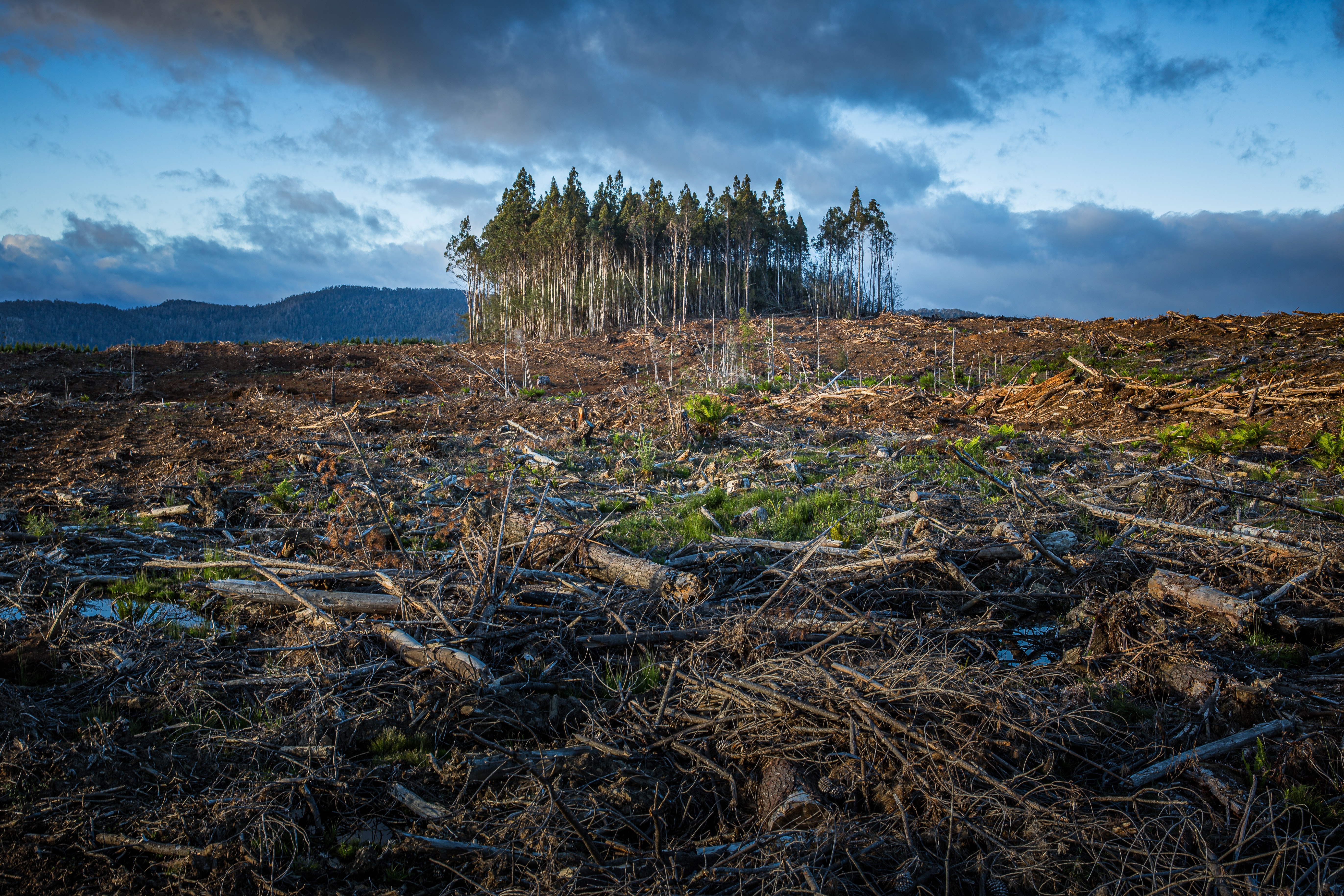 There are three evident foundational components most advertisements include: the product, its features, and the company name. To create an advertisement without any one of these components seems like a completely illogical business strategy. Surely, no one would buy the product. Yet in “A climate change promise from Apple,” published on YouTube with 1,333, 040 views, Apple did just that— they created a video advertisement without mentioning their product or even the name “Apple.” The video featured the singular scene of a baby lying on a bed and the voice of an older man whispering promises of a bright future and healthier earth. What does this have to do with Apple products? Well, Apple knows their audience. The marketing strategy is a response to increasing political and public pressure, specifically from younger generations, for companies to function more sustainably. An interview from U.S. Environmental Protection Agency Administrator Michael Regan with Apple’s VP of Environment, Policy and Social Initiatives, Lisa Jackson, further demonstrated the company’s goals with this campaign (Cambell). “We lead by example. We’ve demonstrated that a company as big and as far-reaching as ours can go carbon neutral,” shared Jackson, after revealing that 110 of Apple’s suppliers have agreed to rely only on clean energy. The video is a strategic way to influence young consumers’ electronic purchases by focusing and acting on a shared common value between Apple and the younger generation— combating the climate crisis— instead of only focusing on the product.

The target audience for Apple’s advertisement, or cleverly presented “promise,” is immediately identifiable by the deviation from proper grammatical convention in the video title. Instead of capitalizing the first letter of every word, a standard professional writing expectation, Apple chooses to only capitalize the first letter and the “A” in “Apple.” This is clearly a tactic to appeal to a younger audience, specifically Millennials and Generation Z, who have made capitalization irrelevant, from text messages, to Instagram posts, to song titles (Merrilees). Millennial and Generation Z’s influence does not stop at dismantling hundreds of years of grammatical precedence. Their power to influence public opinion through social media is almost unmatchable. An example is 18-year-old Greta Thunberg’s call for immediate climate change action. “You are failing us,” she exclaimed in an address to the U.N. Climate Actions Summit in 2019, “But the young people are starting to understand your betrayal…” (Thunberg). Her school strikes went viral, garnering support for a massive climate strike that included youth in 150 countries (Kraemer).

Fast-fashion clothing brands, such as Zara and Shein, have been “canceled” by social media influencers due to unethical or unsustainable production processes (Valentine and Kamprad). Would Apple face the same repercussions if they continued to contribute to electronic waste and mass consumption of earth’s limited resources? History suggests that the answer is no. Apple has a past of suspicious practices and consumer distrust, yet their revenue steadily increases with only small dips (Macrotrends). In 2017, Apple was accused of and eventually admitted to artificially slowing down phone speeds as the battery aged. By concealing this information, they led users to believe that a phone replacement was necessary, instead of only a battery replacement. Apple faced two settlements, totaling over $600 million (Hollister). Furthermore, Apple and other tech companies rely heavily on materials extracted from the ground, such as cobalt. Over 50% of the world’s cobalt comes from mines in the Democratic Republic of Congo where UNICEF estimated around 40,000 children work (Amnesty International). Despite pressure from political and public groups, Apple claims that they cannot “identify the exact source of the materials they use” and insists on a “commitment to responsible sourcing” with little evidence (Ferrer). This is publicly available information, yet people are willing to turn a blind eye to the suffering and exploitation of children for the convenience of their smart devices.

Apple’s questionable history and the public’s willingness to look the other way suggests that this video announcement about the company’s commitment to sustainable practices is unnecessary. However, the announcement may be more crucial now than ever. “We will not let you get away with this,” Greta Thunberg angrily declared, speaking on behalf of thousands of young people. Apple is recognizing the rise of the environmentally-conscious Generation Z, 74 percent of whom claimed to make a “major lifestyle change” favoring sustainability in the past year, and 73 percent of whom are willing to spend more money on products with sustainable manufacturing practices (Hassim, Jahns). By targeting the younger generation in their video, Apple is foreseeing and addressing future business obstacles that might pose a serious threat to their public image and sales. Publishing this carbon-neutral “promise” video is Apple’s attempt to align themselves with youth and win consumer favor. The alternative to pushing this marketing agenda is a merciless fate at the hands of unhappy social media activists, and perhaps the younger generation as a whole.

In 2004, researchers from the American Psychological Association estimated that the average child was exposed to 40,000 television advertisements per year (Dittmann). More recent research from the University of California, San Diego suggests that in 2021, people view between 6,000 to 10,000 ads every day (Carr). The average Gen Z or Millennial grew up bombarded with advertisements and continues to be increasingly exposed. Therefore, it was necessary for Apple to take a unique approach in regards to both the medium and the content of their announcement. First, the advertisement did not appear in a typical form, such as a TV commercial or 30 second video on social media. Instead, the announcement was a one-and-a-half minute long Youtube video. Seventy-seven percent of U.S. internet users ages 15-35 years use YouTube for anything from viewing gaming videos, to singing along to music videos, to watching viral content (Statista). YouTube is where the younger generation goes for entertainment and inspiration, making it a prime platform for Apple to reach their intended audience in an influential way.

The most significant feature of Apple’s climate-conscious announcement was the way in which it portrays a family-oriented story. An immediately noticeable video characteristic is that the camera capturing the scene is unsteady. Apple prides itself on having sturdy cameras with built in stabilizers. Why would it show shaky film? The shaky film suggests the perspective of a parent’s home video, notoriously shaky because of the chaos that often unfolds in a home with small children. The initial scene shown is of a dismal, grey room with background noises of city traffic echoing through the apartment window— not the hopeful sight that one might imagine for a sustainability video. Yet, there is a baby in white lying peacefully in the middle of a bed— the epitome of innocence and vulnerability. The shaky film and the solitary baby transform the viewer’s perspective from one watching a video to one connected to the child from the perspective of a parent. A deep male voice begins to speak softly to the baby. In response, it stirs and coos, demonstrating its dependence on the parental figure. The viewer learns that the baby’s name means “magic.” This is Apple’s way of connecting the viewer even further with the well-being of this child— it is said that this child is “magic,” a precious gift to the earth that must be protected. For the viewers, the child is supposed to represent all future generations. Instead of saying that Apple promises to be carbon neutral in ten years, the voice says that “everything we make...will be carbon neutral by your tenth birthday.” This further focuses the audience’s prosperity of the child. Who would want this child to live in a dangerously unhealthy world on their tenth birthday, when they should be celebrating? Apple is demonstrating their familial values and their dedication to preserving the earth which speaks to Millennials and Generation Z who either have kids or will have kids soon and want the best for them, including a healthy earth.

After watching the baby’s soft smile in reaction to the whispered promise of a healthier earth, the viewer can scroll down to the video description. Here, Apple emphasizes the progress they have made as a company to support their assertion of familial values and strive for environmental excellence. This description of their past achievements aids in earning their audience’s confidence (which is lacking due to the “batterygate” and child labor lawsuits). Apple’s aggressive and almost self-condemning diction throughout the description, saying their progress is “not enough,” and that their plan is “audacious” is a call to action within itself. As their VP of Environment Linda Jackson said, Apple is trying to set an example for other businesses (Ferrer). Their self-criticism functions as an inspiration to others but also paints Apple as superior to other companies who do not present themselves as outwardly transparent in their progress. While “designing the world’s most innovative products,” Apple is critical of its production processes, just as Gen Z and Millennials are. Demonstrating this effort to eliminate their carbon footprint is an attempt to gain respect and, at the very least, curiosity from their target consumers which correlates to increased sales. By acknowledging that “people might say [carbon zero production] is impossible,” Apple is distinguishing themselves from other companies, the implied the nay-sayers, and leading their viewer to the conclusion that Apple is the obvious choice when purchasing tech devices because they work tirelessly to be 100 percent carbon neutral in a way their competitors do not.

Repeatedly in the video and dispersed throughout the description, Apple challenges its viewers to “keep an eye on” them. Promising their consumers, specifically the younger generation with a commitment to sustainability, to have a carbon neutral process in ten years and then failing to do so would put Apple in a precarious position, so why would they do it? They know that if potential customers are thinking about and checking up on Apple’s carbon neutral progress, they are more likely to be exposed to new Apple products. By constructing a narrative-like video that tugs on the right heartstrings of their target audience— a commitment to sustainability unlike any other company for the benefit of all future generations, Apple is saying more by saying less. It fosters a sense of duty in young climate activists and anyone who wants to see future generations prosper to buy from Apple.

Hassim, Alleeya. “Why Younger Generations Are More Willing to Change in the Name of Sustainability.” Greenbiz, 26 Jan. 2021, www.greenbiz.com/article/why-younger-generations-are-more-willing-change-name-sustainability.

Merrilees, Kristin. “Why Gen z Made Capitalization Irrelevant.” Medium, The Startup, 5 May 2020, medium.com/swlh/why-gen-z-made-capitalization-irrelevant-e93f424596bb.

Aubrey Breen is a student in the Class of 2025 pursuing a major in Music with a concentration in Music Theory and History. She is from Chandler, Arizona and lives in Pasquerilla West Hall. She considers her second home on campus to be the Notre Dame Folk Choir. Aubrey’s essay “Saying More by Saying Less: Apple’s Strategic Sustainability Advertisement” explores the technology company’s unique marketing appeal to younger generations. She would like to thank her parents for always supporting her academic endeavors and her English teachers, especially Dr. Elizabeth Capdevielle, for their guidance and support.