Non-Proliferation Is Still Worth Fighting For 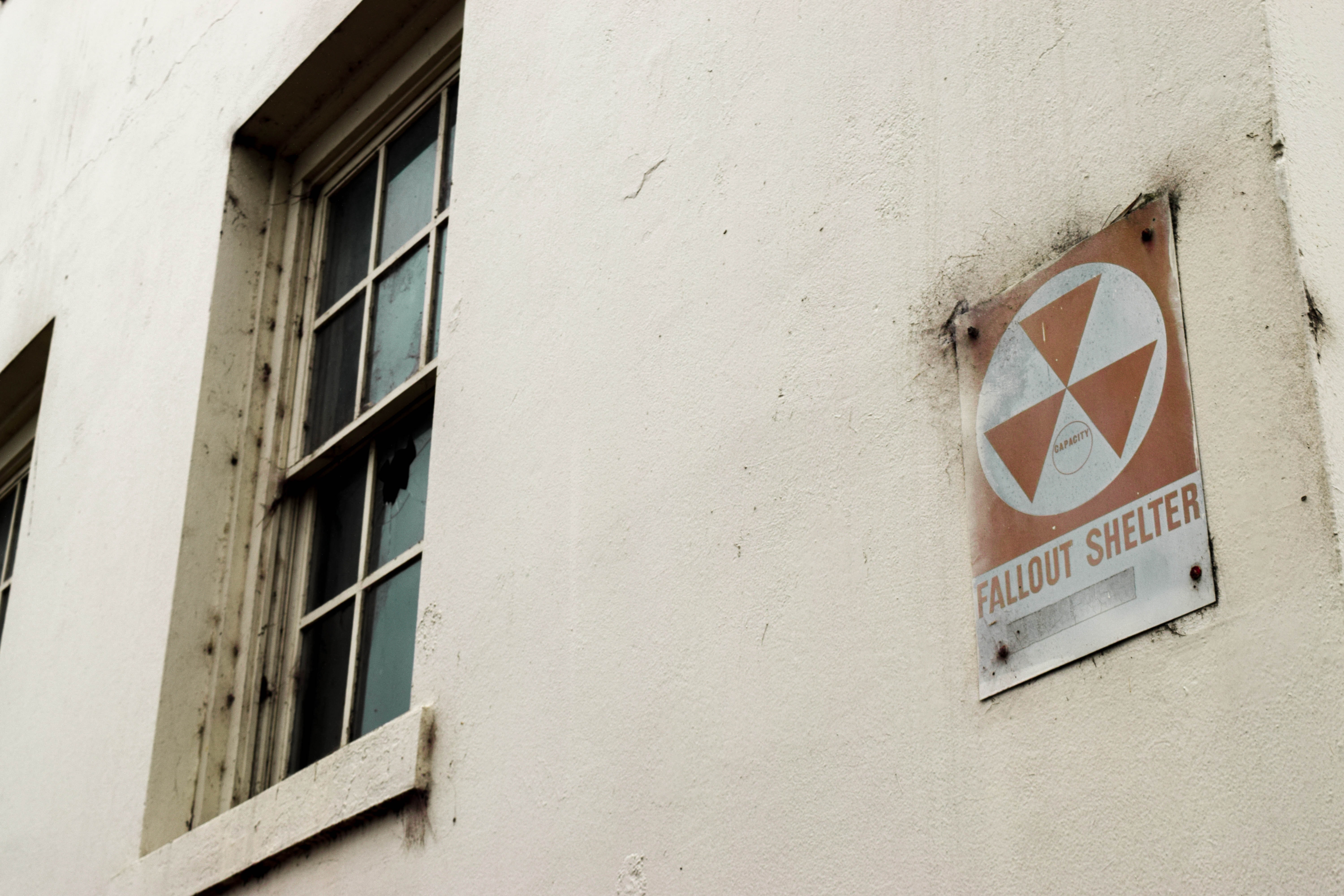 Photo by Burgess Milner on Unsplash

There are over ten thousand nuclear warheads in the world today, most of which are possessed by the United States and Russia (Roser). These weapons of mass destruction can kill millions of people directly and perhaps billions over several years as a result of the radioactive fallout. This makes the proliferation of nuclear weapons a key issue in politics and international relations. In their text arguing that “nuclear proliferation is more effective than nonproliferation,” the authors, Lynne Steeves and Gerson Moreno-Riano, make their case for why every nation should have equal access to nuclear weaponry and how that can lead to peace and balance. Firstly, they argue that the bomb should be retained for deterrence as it can “enforce peace through the fear of destruction”; they then go even further to advocate open proliferation. Historic examples of the Cold War and India-Pakistan conflict have been used to support the idea that the fear of mutually assured destruction is effective enough to keep warring nations in check. Secondly, they argue that the nuclear Non-Proliferation Treaty (NPT) is biased towards countries “technologically ahead of the curve in 1968” and it is dismissed as being ineffective. Lastly, the authors argue that countries (especially the United States) face the major threat of “a nuclear terrorist attack if conditions in the trade of nuclear materials do not change.” They propose a “highly regulated policy of proliferation” to promote transparency in nuclear trade worldwide.

I agree with the authors’ claims that nuclear domination is unfair, and it has certainly led to an international imbalance of power. It is also true that nations are afraid of nuclear retaliation. However, their conclusion that open proliferation will lead to peace and balance is flawed for several reasons. Firstly, they miss the point when referring to Einstein’s views on using the atomic bomb for deterrence. Secondly, they overemphasize the Cold War and India-Pakistan conflict as being peaceful because of nuclear deterrence. Thirdly, the authors contradict themselves regarding the Non-Proliferation treaty. And finally, their argument that nuclear proliferation is the solution to nuclear terrorism overlooks alternative possibilities.

The authors have mischaracterized Albert Einstein’s views regarding the atomic bomb. Although he signed a letter to President Roosevelt urging him to speed up uranium research, he called this his “one great mistake” in retrospect (Baker). By claiming that Einstein believed the bomb should be retained for deterrence, the authors are missing the point. Einstein saw the US developing the bomb as the lesser of two evils when compared to the Nazis using it in war. This is very clear from Einstein’s later statement: “Had I known that the Germans would not succeed in developing an atomic bomb, I would have done nothing for the bomb." The point is that he would much rather have non-proliferation and disarmament enforced rather than the proliferation of nuclear weapons for deterrence, warning that "we thus drift toward unparalleled catastrophe."

The authors have defined deterrence well as a “preventative motivational influence” and have made good use of the Cold War as an historical example to prove their point. However, they exaggerate the historical effectiveness of deterrence in wars between nuclear states by claiming that “there were no acts of military aggression on either side” and that “neither side used weapons at any point.” In fact, “multiple proxy wars stood in for actual conflict between the United States and the Soviet Union, such as the Korean War, Vietnam War, and several other armed conflicts” (Blakemore). Furthermore, “the Cuban Missile Crisis of 1962 brought both countries closer to actual conflict than any other event” (Blakemore). That year, a nuclear submarine commander in the Caribbean, Valentin Savitsky, ordered his submarine’s nuclear torpedo to be launched against one of eleven US Navy ships. However, flotilla commander Vasili Arkhipov refused to consent to the launch, claiming that it was not actually an attack by the US (Krulwich). If not for his refusal to follow his commanding officer’s directives, this torpedo launch would have led to retaliation from the US. It may then have escalated into a full-scale nuclear war that would annihilate both sides. Hence, it is fair to say that the Cold War was not a time of peace as there were many instances of direct and indirect military aggression.

Similarly, the claim that India and Pakistan did not engage in conventional armed conflict over Kashmir is imprecise. Their conflict at the contested border began in 1974 and became long and drawn out, taking many lives over decades. Since both sides have nuclear weapons, diplomacy has been given very low priority, with both countries maintaining a fragile ceasefire since 2003. An uptick in border skirmishes that began in late 2016 and continued into 2018 killed dozens and displaced thousands of civilians on both sides of the contested border (Ayres). This serves as another example of how conventional warfare remains an issue even for nuclear states.

The authors have made several valid points regarding nuclear terrorism. The possibility of a nuclear terrorist attack is certainly cause for concern and regulations on the trade of nuclear materials would reduce the risk of nuclear terrorism. The example they have provided of Al-Qaeda spending millions in efforts to obtain black market nuclear materials is very pertinent. However, they too quickly use this evidence to jump to the conclusion that open and regulated trade and proliferation would eliminate concerns of nuclear materials falling into the wrong hands. Let us imagine for a moment that all nations possessed nuclear weapons as the author proposes. Firstly, this would mean that dictatorial and authoritarian regimes like North Korea and Russia can get away with human rights abuses, censorship, and many other unethical practices, making the lives of their citizens miserable because the possibility of mutually assured destruction will be enough to prevent other nations from taking action against them. Secondly, the authors should not assume that all nations in the world have stable governments. For instance, if Afghanistan had been a nuclear-weapon state, the Taliban overthrow of the Afghan government on August 15th, 2021, would have had far deadlier consequences for the world as nuclear weapons would now be in the hands of terrorists who have little regard for human life.

In conclusion, the authors have made several good points for why nuclear proliferation is effective. They have used decent evidence but poor reasoning for why deterrence is necessary to maintain peace, and they overplayed its effectiveness in the Cold War and in the India-Pakistan conflict. Although they show that the NPT is not as effective as it ought to be, they also contradict themselves regarding the acceptance of nuclear proliferation by international leaders. And finally, the authors have overlooked possibilities of ‘legal’ nuclear terrorism through authoritarian regimes or hostile takeovers of stable governments. Most importantly, a big question remains to be answered: Would humanity even be satisfied with balance and living in fear of mutually assured destruction? History has shown us that humans always try to outdo their rivals and set themselves apart, making it entirely conceivable that this era of ‘peace’ might bring about the development of an even deadlier weapon of mass destruction, leading to a vicious cycle of proliferation that ends with the annihilation of the world as we know it.

Baker, Sinéad. “Albert Einstein Wrote to the US Pleading with the Government to Build an Atomic Bomb 80 Years Ago. Here’s What He Said.” Business Insider, 2 August 2019, www.businessinsider.com/albert-einstein-wrote-letter-us-roosvelt-atomic-bomb-2019-8. Accessed 7 October 2021.

Krulwich, Robert. “You (and Almost Everyone You Know) Owe Your Life to This Man.” National Geographic, 25 March 2016, www.nationalgeographic.com/culture/article/you-and-almost-everyone-you-know-owe-your-life-to-this-man. Accessed 7 October 2021.

Daniel Noronha is an Electrical Engineering major from Dubai currently living in Baumer Hall. He is keen to work with electronics and embedded systems, especially in the aerospace field, and is a committed member of the Notre Dame Rocketry Team. He is also interested in politics and international relations. His essay, “Non-proliferation Is Still Worth Fighting For,” is a rebuttal to the article “Nuclear Proliferation is more Effective than Nonproliferation” by Lynne Steeves and Gerson Moreno-Riano. This rebuttal critiques the authors’ thesis that every nation should have equal access to nuclear weaponry to achieve world peace. The authors’ arguments are evaluated (based on their evidence and reasoning) and countered to conclude that non-proliferation is a better long-term solution to the problem of nuclear weapons than nuclear proliferation. Daniel would like to thank his Writing & Rhetoric Professor, Dr. Ian Gerdon, for all his guidance and support during the writing process.