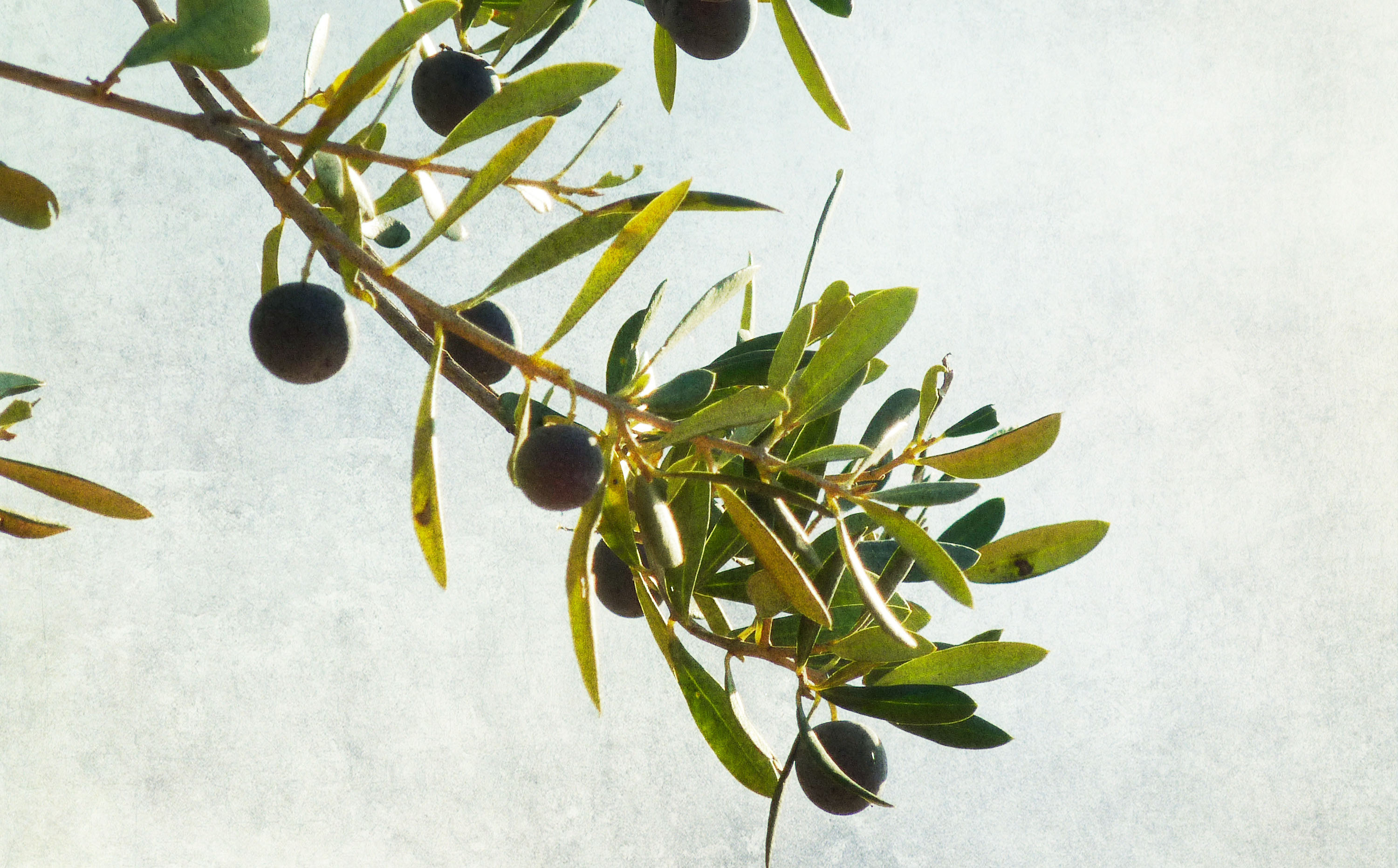 It has been far too long since we’ve seen each other. I miss you. I’ve recently been reminiscing about our fabled New Year’s Eve conversations. Although we are on opposite ends of the political spectrum, we always seem to find a way to use our shared experiences to find common ground about important issues. That has been such a blessing in my life—thank you! I also appreciate that our shared beliefs have caused us to walk similar paths. From choosing to attend an elite private liberal arts college to our career decisions—you as a lawyer and me as a priest or physician—we have both decided to respect life and be the change we hope to see in the world. Now that I am in college, I can better understand why you feel the way you do about your undergraduate experience. I think the same way about Notre Dame. Its founding mission is to produce graduates that are a force for good in the world, and its emphasis on the importance of Catholic social justice teaching resonates deep within my soul. Interestingly it has spawned the desire to write and continue our conversations about civil rights activism sparked by the death of George Floyd, particularly the controversy of the removal of statues that memorialize Confederate leaders and others. I value your perspective as a scholar and an aspiring jurist and hope to use this letter as a means for a more profound commonality.

Understandably, many people view the hundreds of Confederate statues that permeate the South as inappropriately glorifying persons who contributed to the racism inherent in our nation’s founding and that continues to plague our country today. In considering this view, I see your face and hear your voice. Your eloquent expression of empathy for the unbearable pain persons of color must feel when confronted by graven images of those who not only enslaved and murdered their ancestors but fought a war to create a nation that supported those actions touches my soul. The case for the removal of these icons becomes even more explicit because most were erected either during the Jim Crow era or during the Civil Rights movement. Scholars of that era say that the timing is not coincidental and that these statues were intentionally placed in public spaces to intimidate persons of color (Parks). This nefarious use of memorials to oppress and disenfranchise cannot be tolerated. I share your compassion for marginalized persons and your righteous outrage at the continued presence of these icons. They should be removed from public spaces so that it is clear that racism and white supremacy are not valued in modern America. However, I cannot support the general principle of destruction of statues. Moreover, I’m afraid I can’t agree with expanding the scope of the protests to include tearing down statues of Lincoln, Grant, and others due to the less admirable aspects of their legacies.

Statues and memorials serve two important, interwoven purposes. One is to commemorate landmark achievements. In celebrating history, monuments provide an indelible snapshot of a culture. The frailty of human memory vexes oral history. Written records are easily changed or destroyed. Stone survives. It faithfully communicates at least one perspective of past values to future generations. One of the great values of that faithful presentation is that it can then be re-evaluated and reinterpreted in light of new information. I vividly remember how upset both of us were by ISIS’s purposeful destruction of ancient statues and archaeological sites in Syria (Williams; Curry). We were disturbed because the destruction was permanent. That history is lost forever. Like burning a book, choosing to destroy a statue is a decision to eliminate both the past and the complex ideas it may represent. It is an authoritarian action that perpetuates a power system that decides who deserves to be remembered and how. It dictates what is and is not worthy of discussion and, in doing so, oversimplifies who we are and our history. In contrast, I believe that the complex and often challenging ideals represented by icons should form the basis of conversation. An open dialogue helps us learn about what is important to whom and why. Through it, we better understand the shared history that informs our present. Imagine a world where we are willing to understand that history is complex and engage it rather than running away from it. In that situation, wouldn’t we have our best chance of doing the same with each other, at the moment, on sensitive topics of immediate concern?

Another vital role of statues is to inspire us to do good and great things. Knowing what our ancestors accomplished provides hope and enables dreams. Humans are interesting in this way. When we see others doing great things, we believe that we can also do great things. As Poppy told us after the election of President Obama, a key outcome of President Obama’s presidency was that he became a symbol for children of color and showed them that they, too, can grow up to be President. Similarly, Mount Rushmore inspires each of us with the knowledge that any of us can be part of a team that does the hard work needed to build a nation. The Emancipation Memorial encouraged persons born into poverty that they too can accomplish great and good work, perhaps even as significant as freeing slaves and reuniting a country. Statues of Mahatma Gandhi and Martin Luther King provide hope that the oppressed can break the bonds of oppression for themselves and their kinspeople. These memorials encourage a person who otherwise might not dare to dream to believe they can. These sculptures were not constructed, nor do they celebrate the fact that Jefferson had slaves, Lincoln supported expansionist anti-Native American policies (Schilling), Gandhi was racist against Africans (Frayer), or Martin Luther King was a plagiarizer and a philanderer (Preskar; Press). We should not ignore these serious critiques on the character of those who have been immortalized in stone. On the contrary, we must take these heroes off their virtual pedestals and insist on a thoughtful conversation that recognizes their complexity in the context of the evolution of social norms. We must consider them as the flawed humans they were. However, we must also applaud the good work and values that we admire and that they modeled. It is through those achievements that the next generation is inspired. We can hope for a more just nation and a more just world through that inspiration. In my opinion, destroying statues destroys hope. If we lose hope, we are indeed lost.

I can, however, understand that one might not differentiate between the serious character defects of a person and their other exemplary actions. In that case, let me offer this suggestion: instead of destroying statues that offend or fail to conform to modern senses of morality, let’s contextualize them by adding to them. A plaque describing what is memorialized by a statue could provide the needed context, just like artist’s notes do for a painting. This clarification might help concerned persons understand, for example, that the Shaw memorial is a memorial to the solidarity between Captain Shaw and the African American men of the 54th Massachusetts Infantry and not a symbol of white supremacy. The idea of adding to a sculpture to contextualize it is not new. Had those in charge listened to Frederick Douglass, the Emancipation Memorial might still be standing. The Emancipation Memorial depicted Lincoln holding his Emancipation Proclamation while freeing a slave. The slave, however, is on one knee. While the sculptor intended this to be the slave rising up to take his rightful place, many understandably see it as a person of color supplicating to a white master (White and Sandage). Frederick Douglass foresaw this interpretation at the time of the statue’s dedication and suggested then that the memorial didn’t tell the whole story. He indicated then that he hoped, before he died, that a monument would be added to the memorial, depicting the former slave “erect on his feet like a man” (White and Sandage). Such an addition would “incorporate and preserve yet redefine the old one, just as the present is always redefining the past” (White and Sandage).

I hope that you can see why I think we should keep the monuments of our valiant but flawed famous leaders. Destroying them decontextualizes history and robs us of the opportunity to learn more fully from history. Worse, it deprives us of the hope and belief that we can do great things. It is simple to weigh the moral failings of earlier cultures, and, in our myopic judgment, detached from their time and condition, discard them as unworthy. It is more complicated but also more illuminating to contextualize the good, critique the bad, and allow our past heroes to be people whose good qualities and significant accomplishments are worthy of emulation and admiration. Instead of being a culture of the negative, let us embrace the positive. And when we disagree, let us create discussion and discourse with the realization that each of us has redeeming qualities that push all of us closer to an ideal America. Finally, let us cultivate genuine respect and empathy across the divisions of time. These are my thoughts. I am interested in yours and can’t wait to see you at New Year’s Eve when hopefully we can talk about this face to face.

All the best,
Matthew

Curry, Andrew. “Here Are the Ancient Sites Isis Has Damaged and Destroyed.” National Geographic, 3 May 2021, www.nationalgeographic.com/history/article/150901-isis-destruction-looting-ancient-sites-iraq-syria-archaeology.

White, Jonathan, and Scott Sandage. “What Frederick Douglass Had to Say about Monuments.” Smithsonian.com, 30 June 2020, https://www.smithsonianmag.com/history/what-frederick-douglass-had-say-about-monuments-180975225/.

Matthew Doty is a Physics-in-Medicine major from Granville, Ohio, with minors in Theology and Philosophy. Matthew’s attraction to these areas lies in their common goal of uncovering truths about the universe, and helping humanity find its best place in it. His essay, “Finding Common Ground,” is in the form of a letter to his cousin, exploring the importance of embracing complexity in dialogue, so that we can best engage the hearts of those around us as we search for mutual common ground. Matthew thanks Professor Ian Gerdon for his powerful class emphasizing the importance of true discourse in rhetoric. Professor Gerdon’s support is sincerely appreciated.