Why Gillette’s “We Believe: The Best Men Can Be” Ad is Not a Vilification of All Men 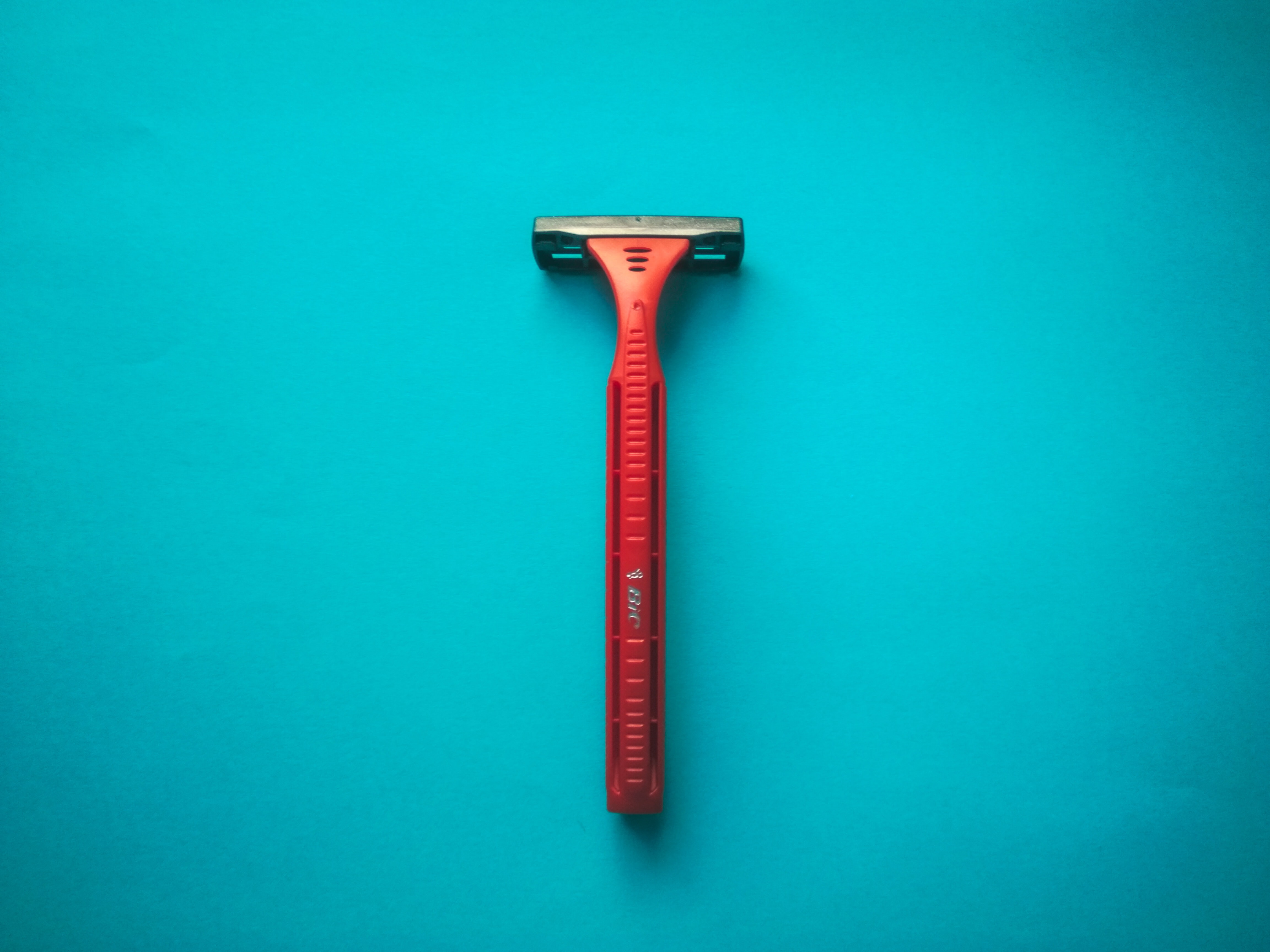 Photo by Максим Рыжкин on Unsplash

“Are people even going to have dicks in the future? It just seems like everything is going away so fast, man,” Theo Von ruminates on an January 2019 episode of The Joe Rogan Experience (“Theo Von”). The podcast’s namesake and host, Joe Rogan, then replies:

In response to the same Gillette ad scrutinized by Von and Rogan, English journalist Piers Morgan, tweeted: “I’ve used @Gillette razors my entire adult life but this absurd virtue-signaling PC guff may drive me away to a company less eager to fuel the current pathetic global assault on masculinity. Let boys be damn boys. Let men be damn men” (@piersmorgan).

On the whole, in the year since its release, Gillette’s commercial “We Believe: The Best a Man Can Be” has garnered extensive criticism by customers who view it as a vilification of masculinity and cost the company upwards of eight billion dollars in revenue. So, with all the controversy stemming from a commercial less than two minutes in length, it is worth pondering: is there some validity to the sentiments echoed above? What exactly does Gillette’s infamous commercial condemn? What is the intended underlying message of the ad? Careful examination of the piece in question reveals that, through the use of visual symbols alluding to media and social conventions, Gillette suggests to viewers that toxic masculinity is the product of a flawed society. Thus, rather than a condemnation of men in general, the ad proves to be a critique of the societal systems that indoctrinate young and impressionable men with toxic, hyper-masculine ideals.

Early on in the controversial “We Believe: The Best a Man Can Be” ad, Gillette portrays toxic masculinity as a socially-constructed, media-disseminated ideal through its reference to and inclusion of one of the company’s own antiquated advertisements. The dated ad included depicts a beautiful woman kissing the cheek of an attractive man. Accompanying the clip is the Gillette logo and tagline “Best a man can get!” Moreover, when this dated clip appears in “We Believe: The Best a Man Can Be,” it is projected on a large vinyl screen in a movie theater. However, just as the attractive woman plants her kiss upon the cheek of the ad’s male protagonist, the screen is violently torn in half as a horde of adolescent boys charge through it.

Both the allusion to this dated ad and the forceful and abrupt destruction of the surface upon which it is being projected are significant for several reasons. First, the ad itself decidedly perpetuates toxically masculine ideals. It not only glorifies strength, virility, stoicism, and dominance but portrays these characteristics as integral aspects of masculinity. By correlating sexual/romantic approval and validation from women with the phrase “The best a man can get!” Gillette’s dated ad suggests that virility is integral to one’s attainment of the masculine ideal. This notion, however, is later condemned by the company in its contemporary ad. By having the screen torn in half right as the woman kisses the man, Gillette literally destroys and discredits its old ideas of what masculinity is and how it should be manifested in societal norms and behaviors.

As Gillette’s “We Believe: The Best a Man Can Be” progresses, the ad continues its attacks on socially-cultivated toxic masculinity by splicing together several television vignettes designed to display the media’s promotion of female objectification. A scene midway through the ad depicts three adolescent boys flipping through channels on a television. The first channel shows four black-and-white cartoon men whistling at a cartoon woman. The second channel airs a 1950s-esque sitcom where a middle-aged white man is seen groping an African American woman whose blue uniform seems to signify her position as a domestic worker. Finally, the third channel displays a contemporary-era rapper surrounded by scantily clad, beautiful women; the camera lingers, focusing closely on the women’s bodies. In each of the clips shown, women are whistled at, sexually harassed, or portrayed as little more than physical objects of male desire. In positioning three media-produced vignettes alongside each other, Gillette displays the prevalency of female-objectification and mistreatment in television programs, networks, and the music industry. Moreover, by projecting these vignettes on a television screen, Gillette reminds viewers that the mistreatment depicted is sanctioned, scripted and spread by the media, not the individual men performing these actions.

Following these three clips, the camera cuts back to a scene of the 1950s sitcom being filmed in front of a live audience. On screen, the male character pantomimes grabbing the backside of his female housekeeper. As he does so, an offscreen applause marquee flashes, directing members of the audience to laugh and cheer. The camera then pans to the audience itself, which consists predominantly of male viewers. Many are contorted with laughter; their gestures feel comical, exaggerated, and outlandishly dramatic.

It is significant that Gillette depicts the marquee as the catalyst of laughter for several reasons. First, the fact that the applause sign flashes immediately after the instance of on-screen sexual harassment suggests the event in and of itself is not actually humorous. If it were, laughter would be the natural response of the audience and not something prompted by network producers filming the show. Further, the fact that applause and laughter must be artificially prompted also suggests the media is aware that the actions they are displaying have no intrinsic hilarity. Therefore, the applause marquee also symbolizes the media’s ability to alter the perceptions of viewers by conditioning them to associate vile and psychologically harmful actions, such as sexual harassment, with laughter. In this way, media and TV networks perpetuate patriarcal, misogynistic objectification, by humorizing sexual violence and female-oppression. The important and dangerous issues of women are brushed off as non-serious, non-threatening fodder for laughter. But by showing the audience members’ laughter as comically disingenuous and overly dramatized, Gillette makes it clear that this kind of behavior is wholly unnatural. If humans naturally viewed violence and female-discrimination as humorous, then members of the audience would be laughing more rawly and subtly rather than raucously pantomiming laughter in a way which appears blatantly staged. So, by coupling the applause-marquee with the exaggerated laughter, Gillette serves to show that one of the most notable facets of toxic masculinity—mistreatment of women—is not inherent in men at all but is rather a behavior and practice indoctrinated by pop-culture and the media. Thus, the blame for toxic masculinity rests with society’s media.

One of the final scenes of the controversial commercial “We Believe: The Best a Man Can Be” symbolically positions a father and son and divides them from the rest of a crowd as a means of suggesting to viewers that toxic masculinity is societally-spread. Near the end of the short production, a father is seen pulling his young son behind him, through a crowd of people. He pulls his son against this tide of pedestrian traffic as they run over to a sidewalk. The father then intervenes to stop a group of adolescents from physically bullying another boy. This scene proves significant for several reasons. First, the flow of pedestrian traffic makes it appear as though the father is literally going against the human current—the flow of society. Because toxic masculinity suggests fighting is natural in men, in a society ingrained with these ideals, it is often seen as wrong to interfere when boys treat one another violently. Thus, in attempting to halt the violence, the father symbolically goes against the metaphorical currents of popular, societal opinions that are embodied by the crowd of pedestrians who move in a unified direction. Second, the use of many figures and many people as representative of toxic masculinity is also significant. It suggests that toxic masculinity is a problem much greater than any individual man. It is a problem interwoven into the very structure of modern civilization—one which influences social, political, economic, and human-behavioral structures. Thus, rejecting toxic masculinity involves rejecting many mainstream social/cultural practices—just as the father rejects the flow of pedestrian traffic in order to end the fight at the conclusion of Gillette’s “We Believe: The Best a Man Can Get.”

There is no denying that the 2019 Gillette ad “We Believe: The Best a Man Can Be” generated enormous controversy. Thousands upon thousands of individuals went so far as to assert that it was a full-blown assault on men. Many labeled it emasculating and deeply offensive. But to all those claiming wrongdoing on the part of Gillette, I say the following: perhaps your interpretation of the piece is wrong. Although on the surface the ad may merely display “men doing douchey shit,” a closer examination reveals numerous instances wherein responsibility for the poor actions of the men is placed on the society they reside in. So, although the Gillette ad does in fact attack many of the behaviors of men—portraying them in decidedly negative light—it does not attack the men themselves who are engaged in these actions. Rather, Gillette fully acknowledges the collective societal origins of these deeply-ingrained, serious issues and demonstrates the manner in which media and television especially promote toxic actions and ideals. In a society that often holds men to rigid standards and imposes conformity, Gillette is simply depicting the plights of men.

So, yes, Theo Von, people will still have dicks in the future; Gillette’s hope is merely that the presence of a penis will not automatically ascribe unto men certain characteristics and personality traits. Men after all, as Gillette believes, should be free to express their masculinity in healthy, respectful, and positive ways.

Andreah Graf is an English and Art History major who spent her freshman year at Notre Dame and now attends Columbia University. Upon graduation, Andreah plans to pursue a masters in Human Rights at Columbia before attending law school. She hopes, through legal intervention, to one day abolish the vestiges of colonialism that underpin the contemporary fashion industry and to end the global exploitation of garment workers. Her essay “Why Gillette’s We Believe the Best a Man Can Be is Not a Vilification of All Men" argues that Gillette’s most controversial ad blames media and society for toxic masculinity rather than individual men. Through her analysis, Andreah hopes readers will come to understand the harmful effects patriarchal structures have on men as well as women. This essay is dedicated to every individual who has ever been harmed by toxic masculinity, imposed male conformity, sexual assault, objectification, violence or bullying. Your experiences matter.