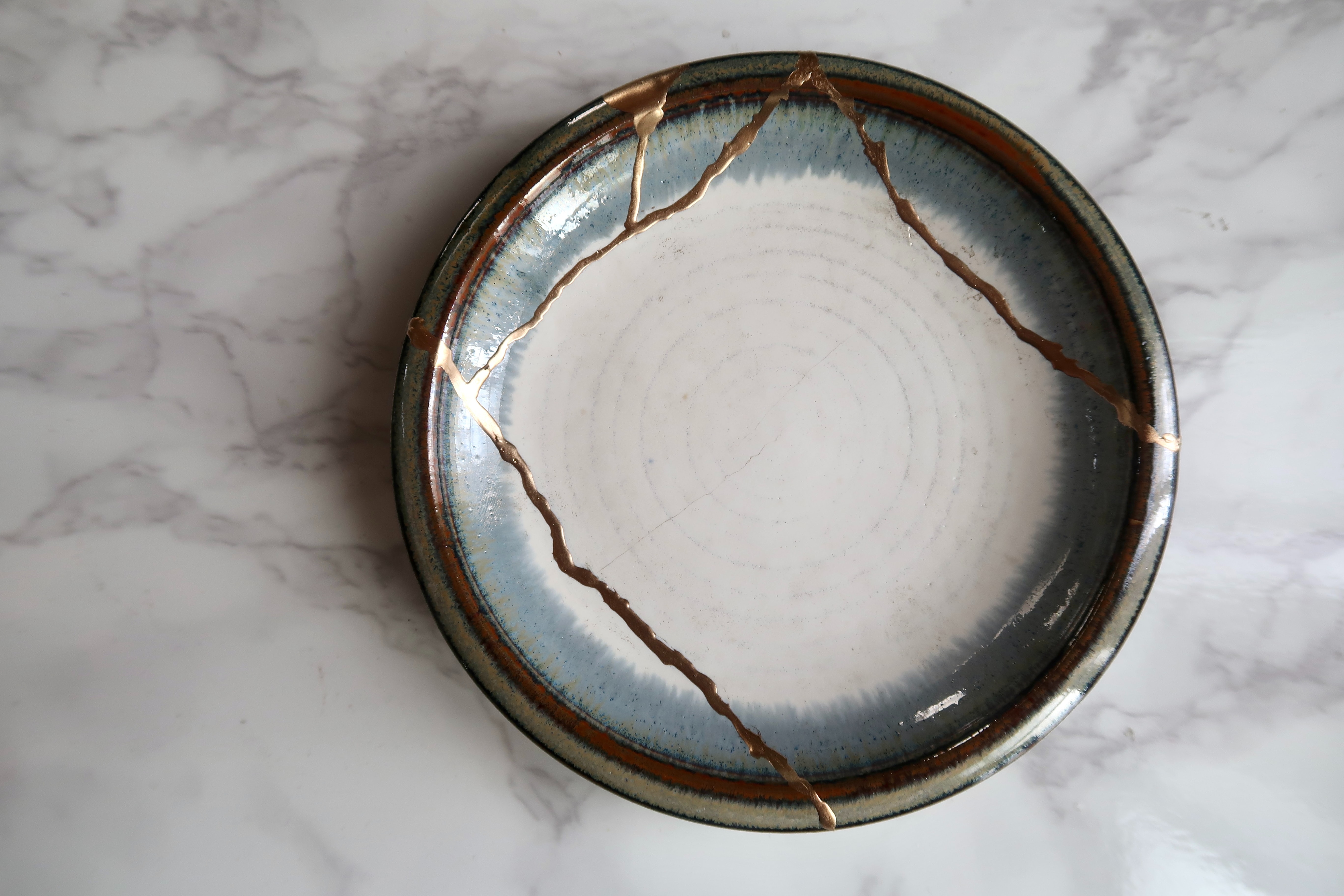 Once, flipping through J.D. Salinger’s Raise High the Roof Beam, Carpenters and Seymour: An Introduction, I stumbled across these words: “I have scars on my hand from touching certain people...Certain heads, certain colors and textures of human hair leave permanent marks on me. Other things, too.”

Glancing down, I noticed the way my own fingers framed the block-letter type, the way the light cream hue of my skin nearly blended in with the crisp pages. It was difficult: trying to demarcate the line where I ended and the book began.

My gaze traveled further down, to my creased palms and protruding knuckles. Studying my hands, I began to contemplate which people, interactions, and events would be immortalized on their ridged topography.

Once, in the bathroom of the Sloan Memorial Kettering Lymphoma ward, I laid both hands flush against the linoleum tile wall. A hurricane of fears whipped through my mind, wreaking havoc on every neuron, cell, and synapsis.

Vivid, technicolor images burst forth in my mind, filling the dark, empty spaces contained behind my eyelids. I saw my mother cooking cinnamon French toast on Sundays. I heard her laugh—smooth and warm like amber— reverberating through the house. Her singing along to songs on the radio as she drove us to school. Draping effervescent tinsels across the fireplace mantel; adorning Christmas trees with eggshell-thin globes of colored glass. Slow dancing with my father to eighties music. Wrapping her arms around me after hard days at school. Reading Percy Jackson and The Chronicles of Narnia to Joe and I. Tucking me in at—

Please don’t take my mother. I begged the universe. Please. I’m not ready.

The frigid linoleum seared a mark into my palm—a rectilinear white panel marbled with gray. A reminder of the thirty-nine days my mother spent—eroded by cancer—in that hospital.

Once, I was sitting in the grandstands at Daytona. On the asphalt track before me, my older brother completed dizzying revolution after dizzying revolution. While struggling to pass another car, Joe lost control. His vehicle spun, somersaulting through the air, glittering like a gem loosed from its setting, and plummeting to the ground before erupting in flames. The heat of the inferno exploded his engine and blew the roof clear off his car.

“Ladies and gentlemen, there is a caution flag on the track!” The voice of the announcer reverberated throughout the stadium, not quite loud enough to drown out the thoughts polluting my mind.

Dale died on this track.

As the ambulances rushed onto the track and ushered Joe out of the smoldering wreckage, I bolted out of the grandstands and tore through the pits. Spotting the fluttering white canvas medical tent, I darted through the front entrance.

I flashed my I.D. badge at the nurse. “I’m his sister. I can be wherever I want!”

I rushed over to Joe and threw my arms around him.

But even as his warm laughter hummed in my ears and inflated my trembling heart, the embers scattered across his shoulder scored burn marks into my fingertips.

Once, surrounded by the pastel walls of the maternity ward, my mother handed me a blue fleece-swaddled bundle. As I held Ryan in my chubby five-year-old arms, I peered down. A rosy flush bloomed across his minuscule cheeks. Freckles dotted his nose. Fluttering his silky eyelashes open, I saw the aquamarine constellations glittering in his wide eyes. It was as if the whole universe was contained within those lucid orbs.

My mother, with her tangled hair and tired eyes, smiled at the two of us. And as my whispered promises filled the room, the blanket swaddled around Ryan stained my skin—leaving Impressionist splashes of baby blue coloring my thumbs.

Once, I was unpacking my boarding school dorm room with my father. He took a pair of scissors off of my desk and sliced through the tape sealing closed a small box. Inside it, there were photos.

The first photo on top was one of my parents. In it, they were seventeen years old, sitting on a set of folding chairs, wearing matching red-and-white uniforms with dolphins embroidered on the front. It was taken the summer that they opened a pool-cleaning and lifeguarding company together—Universal Pools. My father spent his junior year waiting tables, and delivering pizzas so that he could afford to buy pool vacuums and take classes in lifeguarding. And late at night, after these shifts had ended and his homework was finished, he sat in the bedroom he shared with his two brothers and drafted up plans for Universal Pools. When the company opened, there were three employees—my parents and my uncle. And in subsequent years, Universal Pools grew, eventually amassing enough profit that my parents could afford to go to college—the first people in their families to do so.

Reaching into the box, my father pulled out the photograph of him with my mother and held it up to the light.

“We were so young,” he remarked.

As my father passed the photo over to me and I set the frame atop my nightstand, a miniscule wave mark imprinted itself alongside all my other scars.

Once, sitting in the hallway outside O’Shag 208, a boy walked up to me.

I glanced up from the luminous screen of my laptop.

“I just wanted to say that you have gorgeous eyes,” he continued.

Heat rose to my cheeks, crackling and snapping and humming as it warmed the surface of my skin. “Oh...um. Thanks?” I said.

The tentative hope etched into his facial expressions cracked like clay vases bursting under the impossible heat and pressure of a kiln.

“No problem. Have a nice day,” he said, and turned to walk down the hallway.

He turned. The shattered hope pieced itself back together again, transforming his face into a work of Kintsugi.

Grasping his warm fingers, I gazed up to meet his eyes. Rings of auric, burnt honey framed his irises. Sunbursts exploding forth from the inky depths of his pupils. If eyes really were windows into the soul, I could sense the beauty and passion and fire emanating forth from his.

As I pulled my hand away, a gold sunburst branded itself onto my knuckles.

Once more I glanced down—seeing pages of block-lettered prose cradled between my fingers. As the memories had filtered through my mind, patches of color had erupted across my skin once more. They imbued my hands with gentle radiance—making it clear where the pages ended and I began.

Closing the book, I held up my hands.

Salinger was right, I thought. These are my hands’ scars: The square. The scorch. The stain. The surf. The sunburst.

Andreah Graf is an English and Art History major who spent her freshman year at Notre Dame and now attends Columbia University. Upon graduation, Andreah plans to pursue a masters in Human Rights at Columbia before attending law school. She hopes, through legal intervention, to one day abolish the vestiges of colonialism that underpin the contemporary fashion industry and to end the global exploitation of garment workers. Her essay “Once” is inspired by J.D. Salinger’s reflection of scars in Raise High the Roof Beam, Carpenters & Seymour: An Introduction and George Seurat’s use of pointillism in “A Sunday Afternoon on the Island of La Grande Jatte.” Just as each individual dot plays an important role in constructing Seurat’s famed neo-Impressionist work, each individual interaction in “Once” played a pivotal role in shaping Andreah’s character, beliefs, experiences, and outlook on life. She would like to thank everyone mentioned in "Once" for making her who she is.