The Liturgy of Urbanism 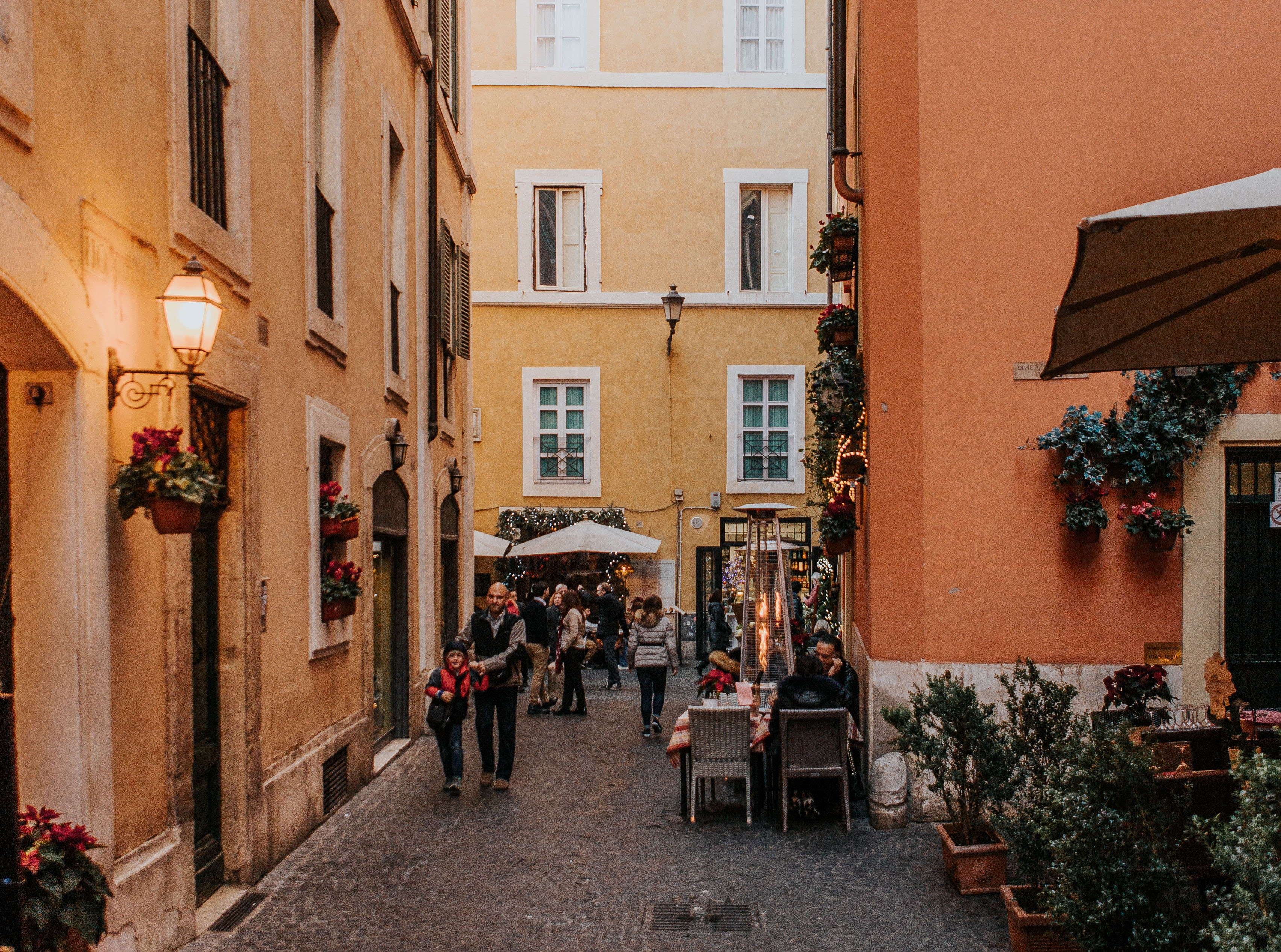 Photo by Braden Collum on Unsplash

God is an architect. He fashioned matter out of nothing and determined the ecology of its existence. People were created by God out of earth-matter, dust, and into them was breathed a supernatural distinction: the breath of life. Because people are both physical matter and the spirit of their Creator, they are able to enter into relationships of both horizontal and vertical dimensions. The universe is comprised of the horizontal dimension in which people interact, and the vertical dimension consists of their relationship with the Creator whose image they bear. Physical elements of creation communicate deep truths. The environment, both natural and built, points to something greater and influences the way people experience the world and grow in relationship.

Uniting the two dimensions, Jesus Christ came in the form of a man to dwell among humanity. He revealed the way to grow in communal relationship by integrating the physical and spiritual elements of their being, and communicated mystical realities through the environment, enabling people to grasp onto them with their senses. Christ bridged the gap between the dimensions by coming in physical form and utilizing the environment to convey mystical truths. For example, when Christ was transfigured on the mountain in the Book of Matthew in the presence of the prophets, light, a cloud, altitude, sound, and physical touch helped express the awesome power of God. Tangible realities are capable of conveying the identity of Christ and of uniting metaphysics with the physical.

In modern society, the environment with which people engage most frequently is "built," meaning it is composed of material carefully selected and arranged by architects and urban planners. Urban settings are symbolic in nature. Their complexity and intentionality echo the patterns of the natural environment designed by the Creator and they function to foster togetherness. Architecture and urbanism represent truth in the way that "a Gothic window gives us a deep insight into reality, thanks to the effects of light that it produces and the figures it portrays" (Pope Benedict XVI). Physical realities have a bearing on metaphysical truths. Urban settings affect our bodies, which in turn affect our condition of life. Such settings influence the way people think, feel, and act (Francis 73). Healthy environments encourage interactions, while unhealthy environments stifle them. A healthy city consists of spaces for human contact (McKim). Jane Jacobs, the great journalist, author, and activist, imparts insights into social interaction in urbanism, describing "sidewalk theory," which is founded on the simple claim that people must be able to encounter one another in a city. Cities are composed of the matter of individuals and brought to life through human interaction and relationship. Jacobs communicates this in The Death and Life of Great American Cities.

The trust of a city street is formed over time from many, many little public sidewalk contacts. […] The sum of such casual, public contact at a local level […] is a feeling for the public identity of the people, a web of public respect and trust. (Jacobs 56)

Sidewalks build community. Exposure leads to trust, which ultimately fosters relationship in accordance with the Creator's design for humanity.

In cities, emotional and physical safety is a function of mutual trust derived from physical encounters. When interaction is stifled, relationship deteriorates, and can ultimately never form in the first place. To more fully understand this idea, let us explore the regrettable reality of borders. A border is a "perimeter of a single massive or stretched-out use of territory" or an interference to human interaction found in a city (Jacobs 257-258). An example is a railroad track¾on either side of the track exists a border vacuum, or an empty zone (257). No one chooses to live near noisy, dangerous railroad tracks. "This is serious because literal and continuous mingling of people, present because of different purposes, is the only device that keeps streets safe" (259). Here the question of human safety pertaining to the effect of proximity to and contact with others is raised. How does the division of a community affect its relational health and safety? Where do borders affect relationality and societal structure in our world today?

Barrier-forming borders are responsible, in part, for the peripheral structure of many South American cities. Wealth and commerce propagate from city centers for few to enjoy, while citizens considered less desirable and more disposable are "tucked away, and artificial tranquility is created" (Francis 25). Poorer people are often forced out to the peripheries. In these situations, borders are both physical realities such as walls and railroad tracks, as well as mentalities adopted by city-centers. Because of this structure, relationship is thrown out of harmony, and human dignity is put into question. Pope Francis has a particular interest in the environment and its impact on human dignity, and articulates this issue found in many South American cities through his encyclical, Laudato Si:

Many professionals, opinion makers, communications media and centers of power, being located in affluent urban areas, are far removed from the poor, with little direct contact with their problems. […] [T]his lack of physical contact and encounter […] can lead to a numbing of conscience and tendentious analyses which neglects parts of reality. (Francis 27)

It is evident that environmental structure shapes interaction. Awareness of the effect of borders is crucial for all societal members. All people must be perceived to possess equal dignity, which was breathed into all at creation. Borders, when left unchecked, can be detrimental to cities' relational health, jeopardizing God's plan for our existence.

A further negative consequence of borders is resulting slums. Slums first begin to form when inactivity and dullness persist in a community (Jacobs 273). Separated in border vacuums and inundated with temporary inhabitants and unwelcoming streets, slum culture is characteristically anti-relationship. Often the poor, those with the least choice (276), and thus considered to have the least dignity, are swept into slums and find themselves preoccupied with the task of moving elsewhere. Few stay to plant roots or build connections. The built environment is critical to human interaction. Of course, life in slums can be dignified through relationship (Francis 74), as all life can be. That is the beauty of cities—people live in them. City-dwellers infuse life into cities, causing cities to grow organically, just as they do.

It is important to recognize cities as organic systems composed of dignified and diverse individuals. Through an approach of subsidiarity, the negativity of borders, both physical and spiritual, is dissolved, because the power of choice is given to the lowest individuals. By upholding the dignity of all, a correct relational dynamic is attainable. Pope Francis declares:

Architects and urban planners have a responsibility to create environments conducive to human interaction and mutual respect. They must remember the Christology instilled in urbanism and see cities for what they really are—liturgies (Eghbal). Cities are liturgical in that they represent something far beyond themselves, reflective of the deep, multi-dimensional relationship shared between people and their Creator. In the built environment, we practice living. Walking down the street, marveling at a skyscraper, and sitting in a café filled with the aroma of coffee and sounds of conversation are all ways in which people regularly interact with the world. Simply sharing life with others fulfills the most fundamental human need—to be in relationship (Francis).

Pope Benedict XVI. "In the Beginning": A Catholic Understanding of the Story of Creation and the Fall. Our Sunday Visitor, 1990.

Elizabeth Hentges is a student at the University of Notre Dame from Jefferson City, Missouri, pursuing degrees in both Architecture and Theology. Her inspiration for this work was the search to find intersections between her two majors. This essay discusses the role of architecture in fostering community and relationships among people, the theological basis for love. The physical reality of human dwelling structures begets relational connections, and therefore architects have a unique responsibility to design for the sake of human dignity. Elizabeth Hentges plans to pursue a career in architecture and urban planning. Her goal is to revitalize existing communities and create new ones through structures that promote high quality of life and connectivity among peoples. The liturgy of urbanism is found in its multidimensional influence on the physical and spiritual realms of human life. Hentges thanks in particular her professor, Dr. Peter Casarella, for his recommendation that she write this theology essay on the subject of architecture.