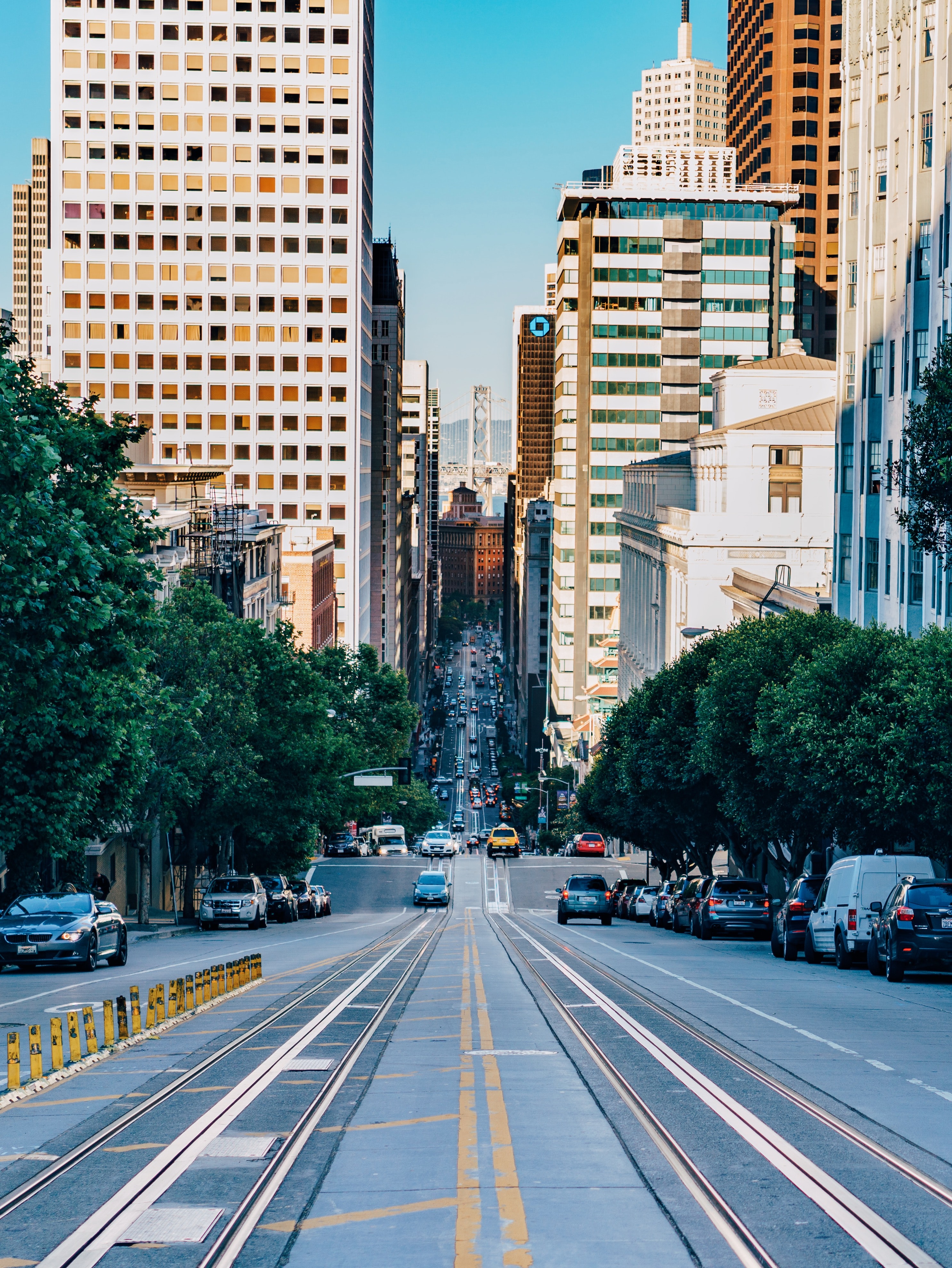 Photo by Ragnar Vorel on Unsplash

My mother once told me that a person’s body tells you everything you need to know about their life. Our bones, our muscles, our skin, and our blood all have clues to where we’ve been, what we’ve done, what we’ve been through. Scars tell stories, and everybody’s got some to spare. I have a few scars, with a few stories that go along with them. There’s a “Harley Tattoo” at the back of my ankle, a little patch of skin that was burnt by the still-hot exhaust pipe of my uncle’s motorcycle. There’s also a strip of pinkish skin on my forearm. I needed six stitches and yet you can barely notice it’s there. I’ve also got a little divide on my two front teeth: only the top half of them are real. Teeth are tough, but you should still avoid falling face-first if you can. My first scar, however, is the least visible. It’s just a small patch of slightly darker and irritable skin underneath my chin. It’s my least favorite scar, but it’s also my favorite story.

When I was five years old, my family and I spent the summer in Minnesota. War had broken out in Lebanon, and my parents felt that it was no longer safe to stay in our country, so we made our way to the States and set up camp in my aunt’s two spare bedrooms. There was really nothing to do other than visit family and pass the time, and as it seems, in my father’s book, there is no greater pastime than garage sailing. My parents and I would usually walk or drive to wherever we needed to go, but my mother thought it would be a good idea to borrow some bikes and just pedal our way through the neighborhood. And so, we did. On one fateful day, my parents and I woke up early, ate a healthy breakfast, and set sail to the great unknown that is suburban Minnesota. We rode, and rode, and rode, until suddenly my father came to a stop. We were on top of a hill, a rather big one. We needed to get to the bottom of it. You can see how this poses a problem.

Now don’t get me wrong, I wasn’t a nervous child. I spent my days running in the dirt, climbing trees, and hurling myself at seemingly soft surfaces. I wasn’t afraid to fall down and get a little hurt, I had no problems with heights, and I loved riding a bike. I did not, however, like that hill. At all. The descent was too long and too steep, and the gravel was eerily dark and smooth. That hill wanted to hurt me. I did not trust it.

“Just keep your bike straight and don’t pedal,” my mother tells me. “We’ll go one by one, it’ll be fine.”

I watched carefully as my father walked over to the middle of the road and got on his bike. He turned around, smiled at me, then gave a little push forward. The way down was smooth and seemingly enjoyable, and he was done in no time. I saw him wave at me and gesture towards him. I was not impressed. My mother urged me forward and I shook my head no. I told her I didn’t want to go, and that I would fall, and I said it over and over again until she offered to go before me. I hesitantly agreed. Soon enough, my mother was gracefully speeding down the hill before pulling up near my father. I was thus alone atop this monstrosity of a mountain. I could hear encouragements coming from below, but I didn’t want them, I didn’t want to go down the hill, I was scared, and I was alone, and I felt so overwhelmed that I finally just yelled “No!”

Now that might not seem like much, but if you factor in my deathly fear of authority, blind trust in my parents, and generally complacent nature, I was basically on the verge of a tantrum. My parents were nonetheless firm in their stance, and they smiled and waved as I clung to my bike, holding back tears. I swallowed hard and started to inch my way forward until I found myself standing atop that hill, one foot on either side of my bike, gripping the handles like there was no tomorrow. I honestly thought that there might not be a tomorrow.

I looked around me, took a breath, and pushed. The wheels started turning, the wind hit my face, and for a moment everything was okay. For a moment I felt at ease, looking down at my parents, and feeling my heart race in my chest. Then the bike picked up speed, the ground started getting closer, I felt a sob swell up in my chest, and in a moment of panic I hit the brakes full force. There wasn’t even time to look up before I got quite literally catapulted into the air, and my head slammed into the road so that the only thing separating my chin from the gravel was the buckle of my helmet. It dug into my skin as I slid down the hill, and all I could hear was the sound of my clothes rubbing against the harsh surface.

The rest of the day was a bit of a blur. I remember being wheeled back home on my dad’s bike. I remember my mom holding up ice to my face even though it hurt. I remember the very pretty nurse at the ER smiling at me. I spent the rest of the day getting checked for concussions or a broken jaw, but all in all had a pretty good time. Once I got over the pain, it was just a matter of talking to some friendly doctors and following fingers with my eyes. Most importantly, my parents bought me a chocolate milkshake on the way back. You know, for my troubles.

I’ve been telling this story for a while, and I’m rather fond of it. In recent years, however, I find myself thinking back to that day every once in a while. I was only a child when it happened, but I can still recognize myself, as an eighteen-year-old, in the thoughts, emotions and fears of my five-year-old self.

When I was at the top of that hill, I had two options: take the risk or stay put. I didn’t know if standing my ground would get me punished, and I didn’t know if getting on that bike would get me hurt. I only knew that both cases were upsetting, and both cases could end up with me crying. And so, I chose to obey. Looking back, I realize that I did not obey simply because I thought it was the best option, but because I knew that if something went wrong, it wouldn’t be my fault. I didn’t listen to my parents because I thought that they knew best. I listened to them because I was afraid of responsibility. Because it was the easy way out.

At the end of the day, I was right: Yes, I did fall. Yes, my parents took the blame. Yes, I was out of trouble. From the moment I made the decision to take off and pushed myself down the hill, it took me about ten seconds to realize that adults aren’t always right. It took me about ten years to realize that sometimes, the voice of reason is my own.

Every scar has a story, and every story has a lesson. The little strip on my arm reminds me that you should always think before you act. My broken teeth tell me that people can be selfish even when you’re bleeding at their feet. My Harley Tattoo is proof that steel can get, like, really, really, hot. The lesson I treasure the most, however, lies in that little red spot under my chin. It tells me to take a stand. It tells me that when you’re on top of a hill, and your palms are sweating, and your heart is racing, and your mind is reeling, and you know, you know you will get hurt, listen to your own voice. Stay put. Take the blame and face the consequences, even if you might be wrong. Don’t do it out of fear, do it because it’s what you think is right. After all, your face is the one that will end up slamming against the gravel, and sometimes, those who usher you down the hill will not be there to help you back on your feet.

Originally from Beirut, Lebanon, Lynn Hornig is set to graduate in 2023 and is a resident of Welsh Family Hall. She is an environmental engineering major and hopes to pursue a career in sustainability, specifically in the private sector. “Scars and Milkshakes” is an attempt to offer an insight into the writer’s personal struggle with self-doubt. It tackles the fear of responsibility and to a certain extent, autonomy. Lynn would like to thank Professor Ian Gerdon for encouraging her and helping her grow through her writing.