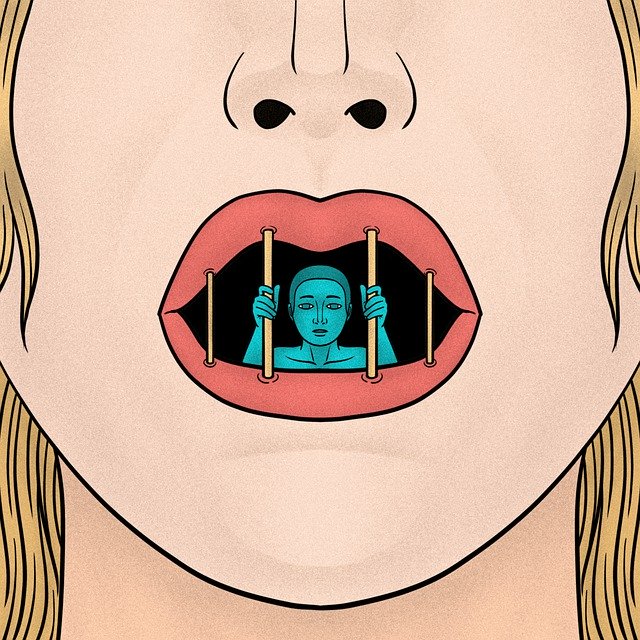 Image by 愚木混株 Cdd20 from Pixabay

John Stuart Mill, Mari J. Matsuda, Bryan W. Van Norden and Julia Carrie Wong all hold different perspectives on the application or restriction of the human right to “free speech,” especially on university campuses. I will argue that Matsuda’s opinion on the issue and proposed solution is the most rational and effective.

Mill’s view regarding the issue of “free speech,” as explained in chapters I and II of Utilitarianism (1861), is best described as utilitarian and stems from his view of government power. His stance on state authority consists of the belief that the only legitimate state interference on individual liberty is interference to prevent harm to others. This interference can only be justified if everything would work better overall as a result. Mill holds that free speech is the best route to discerning the truth and that it prevents corrupt and tyrannical governments. That being said, similar to his view of government interference in general, Mill believes that there are moments when freedom of speech can be restricted: in situations when the speech and context would incite immediate, clear harm.

In Chapter 2 of her book, Words That Wound: Critical Race Theory, Assaultive Speech and the First Amendment, published in 1993, Mari Matsuda argues against an absolutist position on the First Amendment, explaining that racist hate speech calls for a restriction of the fundamental right to “free speech.” Matsuda states that the tolerance of hate speech burdens a limited population and causes specific harms—such as violence linked to racist propaganda. Liberty of speech is important, but the liberty of not being exposed to racist hate speech brings up the necessity of weighing different liberties. If the freedom of minority groups to participate equally in society and maintain a basic sense of dignity and worth is restricted by freedom of speech, a limit to the First Amendment could be necessary in order to universally secure other basic human rights.

In the United States government, the right to speak freely is generally found more important than the threat posed by it (with a few important exceptions); there are various different reasons for believing that the best way to combat racist speech is to allow for the free expression of it and the free dissent from it. Furthermore, restricting speech in any way pushes the state into the business of censorship. There are some forms of speech, however, that are not entitled to protection by the First Amendment, so Matsuda argues that another exception could be made for very specifically defined instances of racist speech in a way that would not result in significant government censorship. The censoring of Marxist speech under McCarthyism is not something Matsuda’s proposal would reproduce. She explains that the difference between racist hate speech and things such as unpopular political speech is a universal view that racist hate speech is wrong. Collective knowledge from human experience, she argues, is the source of a universal understanding that the idea of racial superiority was in the past, and continues to be, wrong. Marxist speech is not condemned universally in the way that racist hate speech is and remains important, therefore the censorship of it is not beneficial in the way that the restriction of harm-inducing racist hate speech could be.

In a public university setting, Matsuda believes that the restriction of racist hate speech is still viable. It could be argued that public campuses should not restrict speech in any way, but Matsuda explains that the pedagogical nature of universities and the special vulnerability of students as they transition are, indeed, reasons for limiting racist speech. The effects of hateful words are more extreme on a campus, the targets more vulnerable, and the options for retreat more limited, so restriction remains necessary.

In contrast to Mill’s perspective on the restriction of “free speech,” in a 2018 The New York Times opinion article entitled “The Ignorant Do Not Have a Right to an Audience,” Professor Bryan Van Norden argues that there are situations in which the restriction of some speech based on content is necessary. He points out that Mill assumes all humans are rational and well-educated enough to distinguish well-reasoned arguments. In society today, there are many people who cannot distinguish rational reasoning from irrational arguments; media compounds this issue by allowing more uninformed viewpoints to be shared—the internet serves as an open platform for people to share their perspectives, however ill-informed, with millions of others in an instant. Van Norden does not argue that censorship of speech by the state is a solution to this problem, rather that limiting platforms and access to them could serve the greater good of humanity. He explains that if individuals in control of organizations had the right to choose speakers worth being taken seriously as thinkers in the organization’s context, well-reasoned arguments would be promoted. Restriction of access in this way would not be based on values or opinions, but on the rationality of an argument.

On campuses, Van Norden’s argument translates to the idea that university lecturers should be awarded a precious speaking position only if their arguments are worth spreading, which is to say they are sound. Restricted access should not prevent diversity of viewpoints, but it should promote rational expression of opinion and well-informed conversation. Allowing for speakers who have good evidence for their claims and present well-explained opinions (criteria which are not dependent upon the opinions themselves) gives the audience the opportunity to go forth and debate or form grounded opinions using factual information.

Julia Wong presents yet another view on the restriction of “free speech” in her 2017 article in The Guardian entitled “The Far Right Is Losing Its Ability to Speak Freely Online. Should the Left Defend It?” Her perspective is based in the belief that speech has already become restricted in too many ways. She explains that, especially with the internet, freedom of speech lies in the hands of private companies more than the constitution. Social media platforms have become “privately owned public spaces,” meaning that website security companies “own” websites, but the general public can comment or post on them. These websites are not really forums for free speech because the owners of online hubs maintain and exercise the ability to restrict the content that’s expressed on the sites. With websites being moved to the “darknet” because they are extremist, it is clear that some censorship governs the “public’ posts on the internet. Censorship inherently implies a censor or group of censors. Wong reasons that if all companies restrict speech, the right of an individual to speak freely would become irrelevant due to so much repression of it. An individual may be able to say whatever they would like under the protection of the First Amendment, but if private companies can prevent that individual from posting their thoughts for an audience and, furthermore, promote the company’s viewpoints to any degree they desire, it becomes much less important that an individual can speak freely in the first place. The audience for any speech will be determined by private company owners.

In contemporary society, Wong argues that public universities are one of the only remaining arenas in which First Amendment protections on speech are entirely relevant—that is, there are no restrictions on the right to free speech because they are state-run. The inclusion of all perspectives in this manner is uncommon, so such forums should be wary of restricting speech in any way. In a world where the internet is increasingly restricting platform use, public universities serves as spaces where all opinions can be shared in order to educate well-informed students who hold beliefs that they can understand and explain.

Matsuda’s suggestion of limiting racist hate speech strikes me as the most effective response to the issue of “free speech” on campus. Government prevention of narrowly defined racist hate messages could protect the liberties of many individuals without restricting the values of the First Amendment if the characteristics of illicit messages are very specific and clearly laid out. Preventing harm to minorities targeted by racist hate speech could be accomplished without encouraging McCarthyism, as explained by Matsuda’s argument of the universality of the condemnation of such messages. Government restriction of racist hate speech would include university campuses and, in doing so, serve to protect the diversity of student populations and allow members of different minorities to feel included.

While Van Norden presents a good argument for his strategy of access limitation, this system would be very difficult to monitor. In theory, if every university took into account the context surrounding a speaker and the rationality or truthfulness of their arguments, there would be a healthy filtering of information. Such a system would, however, need to be monitored in order to ensure that opinion would not play a role in the determination of a speaker’s right to an audience. The question of how this system would be monitored is very important because if the power of censorship rests with private companies or the government, there is a chance the body of influence could become corrupt. In this case, Van Norden’s solution would become a complex and convoluted system of censorship that could result in unjust restriction of speech.

Wong asserted that speech limitations could eventually render individual rights to “free speech” insignificant. It is true that if all companies restricted speech it would put considerable power in the hands of private organizations like private universities or internet security companies, so Matsuda’s argument for state regulations of racist hate speech could be reconciled with Wong’s argument. Government policy that narrowly defines racist messages would dictate the only restrictions necessary on such speech, leaving private organizations free of conflict over what speech should be limited under their company or university name. If laws explicitly defining racist hate speech were universally accepted, there would not be a debate about the extent to which hate speech should be tolerated in public forums.

I have argued that Matsuda’s proposed restriction on racist hate speech is valid and that such an amendment would benefit universities and the students on campus. Her solution is the most clearly defined and simple of the authors above, avoiding unnecessary assumptions of individual or group infallibility, protecting the relevance of the First Amendment and preventing harm induced by racist hate messages.

Wong, Julia Carrie. “The Far Right Is Losing Its Ability to Speak Freely Online. Should the Left Defend It?” The Guardian, 28 Aug. 2017, www.theguardian.com/technology/2017/aug/28/daily-stormer-alt-right-cloudflare-breitbart.

Megan (Meg) Hilbert, born and raised in Denver, Colorado, now calls McGlinn Hall her home on campus. She is studying Environmental Science, with minors in Studio Art and Sustainability, and hopes to go on to study marine biology in graduate school. In “Free Speech on Campus,” she explores a few different solutions to the issue of racist hate speech on university campuses. Arguing in support of government action, she assesses the conflict between the rights granted each citizen by the First Amendment and the protection of students in response to incidents of interest over the last few years. Meg would like to thank Professor Patricia Blanchette for her assistance and encouragement with this essay and the subject of philosophy, in general.