Silence Is Golden: A Visual Analysis of A Quiet Place 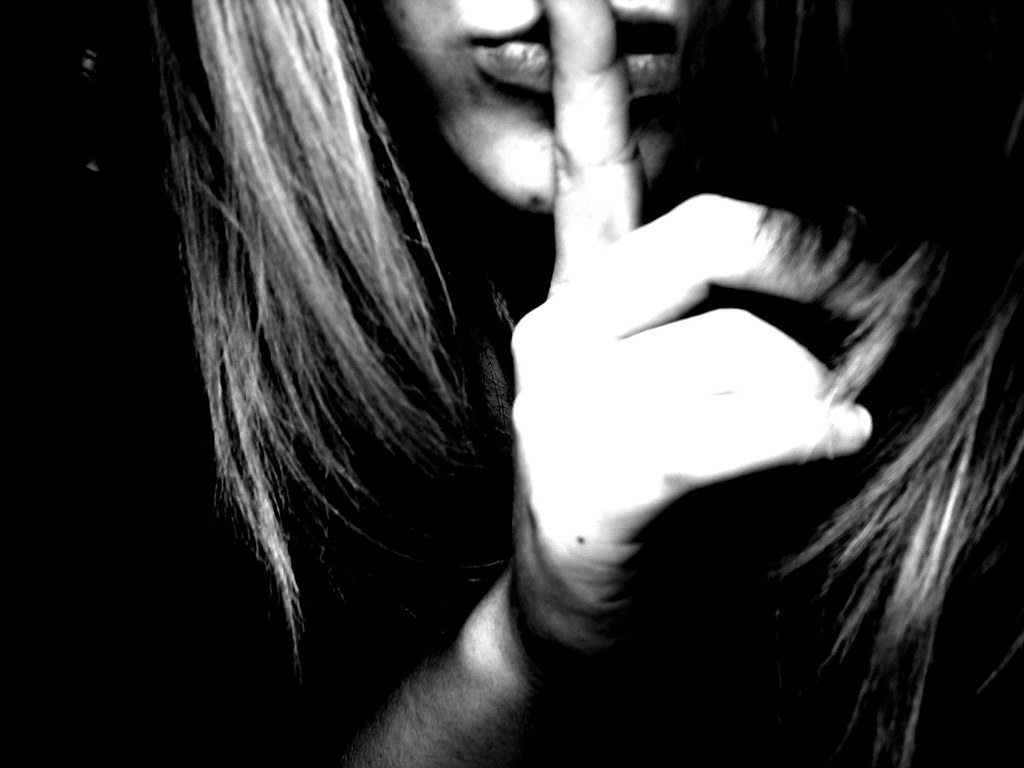 A horror film is a lot like bleu cheese. You either love it or you hate it. There is rarely ever an in-between. Of those people who do enjoy horror, some watch it purely for the thrill of the scare and the adrenaline rush that keeps your heart pumping and your muscles tense. Others, however, watch horror for the plot and the bone-chilling backstory that messes with your mind and makes you think. Whether you associate with the former or the latter, the 2018 film A Quiet Place has what you are looking for. It has jump-scares, terrifying monsters, and life-or-death odds, but it also has deeper themes interwoven into its gripping plot. Many acclaim the film for its strong portrayal of parental love, the sacrifices that accompany parenting, and the great fears every parent has for their children. Others find feminist ideas about strength and matriarchy in the main female characters. While both of these themes and others are present during the film, the entire plot also encompasses a compelling and overarching message about silence. A Quiet Place combines elements of modern horror with minimal dialogue in a way that emphasizes the art of listening and the value of meaningful communication in the midst of a society that is consumed by countless voices and opinions.

In multiple scenes throughout A Quiet Place, we are given glimpses of media that point toward its questionable role in our society as an outlet for noise. When the characters are seen walking through the abandoned town, newspapers are blowing around among the garbage and other abandoned items on the sidewalks. Instead of just being placed there as a filler or thoughtless prop, these papers add to the underlying plot. A few minutes into the first scene, a newspaper blows open and the front page is visible for a moment. It reads "It's Sound!" in large letters, referring to the realization that the creatures hunt using sound. Here, only a single, silent form of media is surviving in a world where noise is deadly. This hints at the notion that modern forms of media, which are often loud and overbearing, are not as important as they may seem. In an additional scene, we see a strategy room of sorts with a wall of snowy TVs. The appearance of these signal-less TVs shows us that media as we know it today is non-existent in this post-apocalyptic world, while the appearance of the newspapers shows that only a simplistic form of "old-school" media can still manage to survive. When compared with our society today, where we see the media's influence in everything we do, these small scenes beg the question: "What is the real importance of the media?" Today's media is constantly speaking out and adding noise to our lives, whether we want it to or not. When it was simply composed of journalism and newspapers, the media started out much quieter, solely speaking to audiences that wanted to listen. However, the dysfunctional examples of media in the film suggest that the modern media's booming voice is not as important as we may believe, and it may be distracting us from what really matters in the world around us.

In addition to this criticism of deafening media, we can see the representation of the creatures throughout A Quiet Place as yet another archetype for the media-encroached society as it stands today. These creatures have only one acute sense, hearing, and that is the only way they are able to hunt. In this way, they "feed off" of noise in a very literal sense. From the beginning of the film, the creatures seem to be unbeatable, with no small sound getting past their supernatural ears. In a similar but theoretical way to that of the creatures, society also feeds off of noise. Speaking out with one's opinions and beliefs is an inherently powerful thing, just as the creatures are all-powerful throughout the movie. However, these voices and opinions tend to build on each other, answering and arguing with one another until they reach a deafening pitch. By the ending scene of the film, the creatures' weakness is discovered, and it proves to be the same thing that has allowed them to thrive throughout the course of the movie: their sense of hearing. Too high of a pitch, like that created by Regan's malfunctioning hearing aid, is extremely painful to the creatures, debilitating them long enough for the Abbotts to overtake and kill them. Today's examples of heated social media arguments, flashy accusations, and fake news are representative of this dangerously high pitch of noise. Just like the destruction of the creatures, the same noise that society feeds on today may result in its ultimate demise and a state of chaos, if the frequency is allowed to climb any higher.

Another way in which A Quiet Place challenges societal norms with silence is through the eyes, or more literally the ears, of Regan, the daughter of the Abbott family, who can experience the world in ways others deafened by noise cannot. A short time into the movie, viewers are given clues that lead to an important discovery: Regan is deaf. This revelation adds a whole new layer to the plot of the story, while at the same time it lends a new respect to Regan's character. She is tasked with surviving in a world where noise means death, while not knowing what makes noise in the first place. In this way, we see the plot taking on a theme concerning disability in society. Regan portrays the immense difficulties many disabled people have to endure, and she exemplifies the misconceptions many have about the capabilities of this group of people. In an early scene, Regan is shown as irresponsible, and perhaps even culpable for her brother's death, when she gives him a toy that his parents had taken away from him. The toy makes noise, so their parents could only view it as a source of danger. Regan, on the other hand, sees a different perspective because she cannot hear it; she sees her brother's happiness in relation to the toy. In this way, Regan cannot be blamed completely for her actions because she saw a different side of the situation. In a similar way, the movie shows later on that the disabled can be better enabled than any "normal" person to take on certain situations. To that end, disabled people can provide a new perspective that others may not otherwise be able to experience.

The complete lack of music or noise that dominates the film allows us as viewers to connect with Regan and her disability in an intimate way, leading to a deeper appreciation and understanding of her strength and the power of silence. In the moments when we can hear the characters being stalked and chased by creatures, the stress of the situation rises and the suspense of the scene feels much like that of a typical horror film. However, when a similar scene plays out in Regan's perspective and all is quiet, the scene is still suspenseful, but it also takes on a clarity that can only come from silence. Without noise, our senses are not overstimulated, and we can focus better on what we see in the scene. By the end of the movie, we find that it is Regan who provides the main solution to debilitate and kill the creatures, a solution that stems from both her possession of hearing aids and her ability to see situations more clearly. Without her disability, she never could have known that her hearing aids could injure the creatures, and the clarity she experiences in these stressful situations allows her to come to this important conclusion before any of her family. Disability is often treated as a burden that can lower quality of life, but for Regan, it is just a different form of ability. As Regan shows us, silence is a powerful tool that can be used to our advantage if we allow ourselves to find it.

Although I have referred to A Quiet Place as a silent film, it does incorporate minimal sounds that accentuate the underlying messages of meaningful noise. During the most intense scenes, background music typical of horror movies is played, usually meant to build up suspense and thrill when the characters are in a scary situation. The viewer may not even consciously recognize that the music is playing until it abruptly cuts out, and the resulting silence is truly deafening. In these instances, we are meant to be viewing the scene through Regan's point of view. Sometimes we experience complete silence, while other times we experience a slight high-pitched ringing. The stark change from music to silence adds a deeper feeling to the intense scene, one that emphasizes the excessive stimulation that occurs when we are bombarded with noise. The realization that Regan experiences this choked silence all the time relates back to the idea that she sees situations from a different point-of-view, one that exemplifies the art of listening even though she cannot physically hear.

In addition to small samples of music, we are given a handful of powerful scenes in which the characters are able to speak aloud, and the gravity and importance of these situations is amplified by the stark contrast of sound against the silence of the rest of the film. During the two main dialogue scenes at the waterfall and in the sound-proof room, the characters' speeches are still hushed and cautious. There is a sense of physical relief through their facial expressions and body language. Because the characters hardly ever speak aloud to each other, dialogue adds a strong sentiment to the scenes that would had otherwise been lost. This is a direct example of the power of silence and the importance and meaning communication can have when it is not just noise.

From the start, A Quiet Place sets the stage for a powerful message hidden in a clever and entertaining plot. Silence in film is very uncommon, which places this film in a genre all its own. At the same time, it argues a strong point about the future of society and media. Listening to one another, whether it be through speech or action, is truly an art that has been lost in the jumble of media, politics, and social outcry that exists in our society today. Through its setting, plot, characters, creatures, and lack of dialogue, A Quiet Place creates a story that questions society's motives for being distracting and loud. In an interview, director and lead male actor John Krasinski describes the Abbott family's struggle when he says, "Living silently is impossible" ("A Quiet Place," YouTube). This is a fact proved throughout the movie, and it is also something that society struggles with in real life. Yes, living silently is impossible, but living loudly, without stopping to listen every once in a while, is not necessarily the answer either. If we want to avoid the societal "ruins" that the movie suggests, we must work to find a middle ground, where we speak only when we need to, listen fervently to those around us, and work diligently to be more observant and meaningful in our communication with others.

The inspiration for Christina Park's "Silence is Golden: A Visual Analysis of A Quiet Place"stems from her interests in psychological thrillers and in complex, evocative plots of both literary and film media. Originally from Tiffin, OH, Christina is a Biological Sciences major and a member of the class of 2022, currently living in Farley Hall. After graduation, she intends to pursue a graduate degree with a concentration in genetics and genomics research. Christina would like to thank her Writing & Rhetoric professor, Dr. Nathaniel Myers, for challenging her to reach outside of her comfort zone and become a stronger, more confident writer.