1) What is Burkholder's central argument in "Get Over It"? To what extent is she successful in making her argument implicit? Explain.

2) How engaging did you find this narrative argument? Where and how did she engage you most? Cite specific phrases, sentences, and/or passages that drew you in.

3) If the author were to revise this piece, what specific suggestions for improvement would you offer? 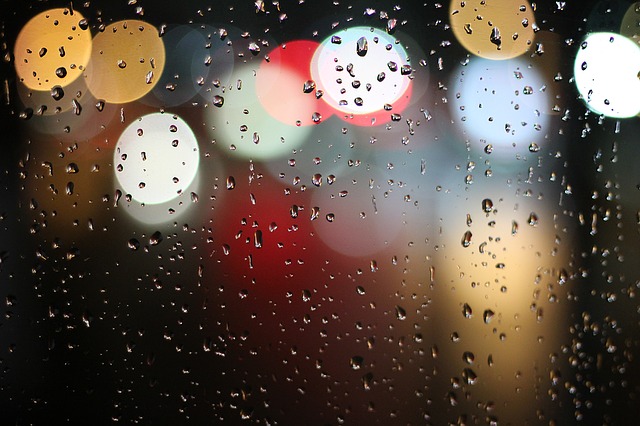 Image by Pexels from Pixabay

My phone rang at 3:42 AM the morning of August 5th. Tucked underneath my plush pillow, it projected a slightly-muffled trill that invaded my dream, and I reached under my head to fish it out. While fumbling to unlock the device, my finger swiped all the way up on the brightness bar and an unknown number with the area code for the next town over flashed painfully at my squinted eyes. I quickly hit decline, rolled over, and fervently attempted to recapture the sort of peaceful warmth of before. I woke the next morning to a garbled and frantic voicemail from my best friend--the call that I had silenced during the night, I learned, originated from the Dawson county jail. As the three-minute voicemail progressed, I could almost picture the process of her besieged mind tripping over itself to escape from the pull of intoxication as the terror of reality broke through. Words like wine night, accident, concussion, and detained assaulted my mind like tiny bullets as her increasingly-trembling voice relayed what the hollow ache in my stomach already knew.

After leaving a birthday celebration at our mutual friend's house, she climbed into her shiny silver Buick, for which she had painstakingly saved tip money for nearly two years, and chose to drive home. About a mile outside of town, she drunkenly swerved to miss the bright headlights that her brain insisted were flying toward her and collided at highway speed with a concrete lamppost on the grass shoulder. Miraculously, she walked away from her totaled car with only a minor cut and a concussion, but when a concerned witness summoned the police to the scene, she blew nearly twice the legal limit. The police called her father, the strict, ultra-conservative superintendent of the school district, who refused to pay her bail. With her one call at the police station, she desperately phoned me, the only number she had memorized.

My best friend-- a former member of National Honor Society, a 4.0 student at Kansas State University, and a hilarious, well-loved member of so many communities-- spent that night in jail on drunk driving charges because none of the figures of authority in her life ever validated her struggle with depression and the subsequent alcohol-abuse problem that it caused.

I wish I could say that loyalty and friendship prompt me to accompany her to her court date a week later, an event which her parents refuse to attend. In reality, however, I am racked with guilt over my indirect role in the trauma she experienced that night. I blame myself, both for not noticing the severity of the problem and for declining the call that could have saved her from a cold twelve hours without medical or psychological attention. Before driving to the county courthouse, we both embrace the pretense of normality, debating which shoes looked the most professional, as if only a job hung on the line.

I think we both arrive at the hearing picturing court scenes from Law and Order: SVU. The mundane reality of the justice system, however, resembles more of a satirical political cartoon created to poke fun at every instance of information backlog, gridlock, and overworked and uninspired bureaucrats. After witnessing our fidgeting glances at the clock for a half hour, the harried clerk with smudged red lipstick at the check-in counter rolls her eyes when we timidly ask whether or not we have come to the right place. When the bailiff finally throws open the doors to the chamber, we join a rush of people in a mass exodus to the rows of straight-backed wooden benches. Much like in classrooms, the seats at the very front stay starkly empty, as if by sitting in the back of the room, one can slide under the radar. Because my friend has chosen to represent herself, we sit through nearly fifteen hearings in the uncomfortable seats. My leg bounces up and down; she unconsciously wipes her sweaty hands on the black dress pants that we pulled from the back of my closet. Before our eyes the lives of people are upended in steady succession. A teenager who appears to be our age pleads no contest to a minor in possession (MIP) charge. A middle-aged woman with a thick accent has her hearing postponed after the public defender remarks in an exasperated tone that she sought his counsel twenty minutes before the court convened. Lawyers engage in a complicated dance between the bar and the wooden benches, as they convey countless charges and represent dozens of petitioners each. Something about the mechanical way in which the defenders speak only the same cursory words over and over again burrows itself under my skin.

In the end, her hearing consists of all of five minutes. The judge studies her file, which probably denotes her last name, student status, and lack of previous convictions. We both suspect that the former impacts him most; in a small county, labels such as well-to-do and white hold significant weight. He recommends her for a six-month parole to be administered by phone while she attends college, a small fine, and at least three sessions of drug and alcohol counseling. I feel a brief twinge of anger that she resolutely strides out of the courtroom without issuing a single apology for her irresponsible actions.

We both return to our normal lives, picking up where we left off in our light-hearted friendship. Three days after her hearing, she leaves for college early because of a huge fight with her parents about the superficial Christian counseling that they force her to attend with them, and I listen to her rant on the phone while she drives back to Kansas. As far as I know her parole officer calls once a month for a two-minute conversation about her classes and to confirm that she remains sober. As far as I know, she lies through her teeth every time. Her drug and alcohol counselor gives her mantras to meditate on whenever she feels the urge to drink, never once diving into the actual issues that prompt her to dull the pain with liquid fire.

She calls me one night from a party, crying; apparently she cautiously broached the subject of mental health to her group of friends and heard the response "Honestly, those snowflakes should toughen up. We all go through stuff, drink a beer and get over it."

But tell me, how do we get over it in a society that prioritizes a smiling outward appearance over internal conflict? How will we move past depression, anxiety, and all forms of mental illness when the general public flinches at the very mention of these words? What do we do when our justice system sweeps aside first-time and even second-time offenders instead of acting proactively to prevent future incidents? And how will we personally combat the stigma in our own hearts and initiate the hard conversations? I just don't know how we'll get over the problem of mental illness when we refuse to acknowledge that it exists in the first place.

Ashley Burkholder, a member of the class of 2022, currently resides in Cavanaugh Hall. Originally from a small town in central Nebraska, she hopes to take her Political Science training back home after graduation and work in the not-for-profit field. In "Get Over It," Ashley processes a gut-wrenching experience from the previous summer through the lens of a narrative argument. She sees mental health as one of the most important issues facing Americans, and urges anyone who connects with the piece to reach out to those they love in order to have the hard conversations. Ashley would like to thank her best friend for showing her the true meaning of strength, as well as Professor Ed Kelly for his endless encouragement and steadfast belief that her voice has the power to change what is unjust in the world.