An Open Letter to University Presidents and Incoming Freshman 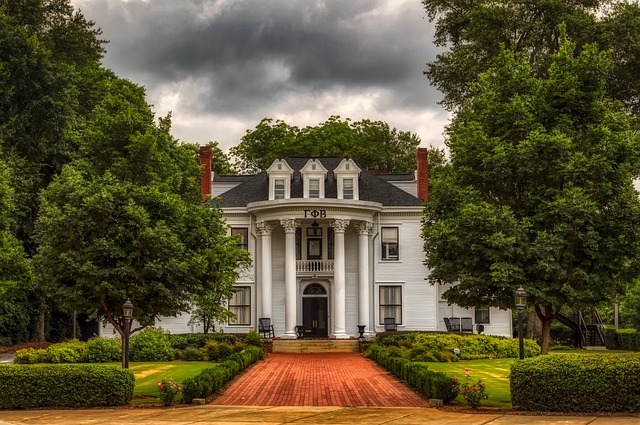 On February 4th, 2018, Timothy Piazza, a pledge at Penn State's Beta Theta Pi, was being hazed with a life-threatening amount of alcohol. He had just completed "the gauntlet," an initiation ritual in which all pledges were required to drink copious amounts of alcohol in a very short period of time. Surveillance videos from that night showed Piazza falling down the stairs as a result of his intoxication. Rather than being taken to the hospital, Piazza was instead laid down on a couch, where a snapchat was taken of his unconscious body. Twelve hours after he first appeared unconscious on film, 911 was finally dialed. When Piazza was taken to the hospital, roughly half of his skull had to be removed due to brain swelling. He was pronounced dead shortly after. Unfortunately, Piazza's case is not uncommon. It is reported that 73% of students participating in social fraternities and sororities experience some form of hazing,[1] and that since 1970, there has been at least one hazing-related death on a college campus each year.[2]

In fact, Greek life has remained highly controversial since its origins. While today we might consider Greek life controversial due primarily to alcohol and drug abuse, the early beginnings of Greek life began in the 18th century when universities discovered that members of fraternities were secretly discussing academic topics that hadn't yet been approved by the strict curriculum of their college.[3] As a result, many Greek life houses had to operate in secret. Those who joined Greek Life risked strict disciplinary action in order to pursue greater academic interests. Therefore, it is a bit disturbing to consider how much Greek life culture has changed since its beginnings. Today, academic freedom is encouraged and offered at nearly every university. No longer do members of Greek life seek intellectual opportunity, but instead primarily seek social connections. While building a social network is an important part of a college experience, the social events hosted by Greek houses have become infested with drugs, alcohol, injury, and in some instances, death. Just as much as Greek life was once considered scholarly and highly academic, it is now demeaning and dangerous.

Although dangerous practices exist, Greek life can still serve its benefits, as I will admit that Greek life organizations have continued to serve the university in ways that are often overshadowed by negative headlines. Greek organizations have proved to create long-term friendships and professional opportunities for their members. Not only that, but Greek life programs are also frequently involved in fundraisers and philanthropy on and off campus. While it is fair to argue that Greek life serves the community in a number of different ways, I believe Greek life's unhealthy and dangerous culture far outweighs the positive impact. As a result, I believe it should be abolished from all universities.

I understand that abolition may be a harsh stance, but one should consider the culture rooted in modern Greek life; the same culture that resulted in the death of Timothy Piazza. Fraternities and sororities feature a culture that not only abuses alcohol, but is also elitist. It has been a way for privileged members of universities to separate themselves from the rest of the student body and continue their unhealthy and often illegal behavior, and the data supports it. Princeton is one of the few institutions that have collected demographics of their Greek Life recruiting. Their findings show that white and economically upper-class students are significantly more likely to join fraternities and sororities.[4] Not only do members come from the same class and ethnicity, but many members are also chosen based on physical appearance. Discrimination based on physical appearance is especially evident in sororities, where pledges are often body shamed. One female pledge reported getting ranked by breast size, while another student reported being forced to yell out parts of her body that "needed work" in front of a fraternity.[5] Such practices have led pledges that are not accepted to become anxious and depressed.[6] The dangerous culture that surrounds Greek life has become not only detrimental to the ethnic diversity of college campus, but also critical to mental health issues.

Moreover, the elitism and discrimination have allowed a code of silence to exist in sororities and fraternities around the nation. Those who pass hazing rituals and are welcomed into Greek life are primed to pass on those same rituals to the next batch of pledges. As a result, the same culture of body shaming and alcohol abuse continue in a vicious cycle. In addition, when incidents become deadly, members of fraternities and sororities are often hesitant to call police in order to protect their Greek house. Inhumane protection of Greek life was not only seen in the Timothy Piazza case, but was also seen in the case of Michael Deng, a pledging freshman who was tackled and knocked unconscious during a hazing ritual. Although members of the fraternity saw that he was unconscious, they spent an hour hiding evidence that would identify them as fraternity brothers before taking him to the hospital, where Deng was quickly pronounced dead. A forensic pathologist declared that "the delay in treatment of one to two hours significantly contributed"[7] to his death. The measures taken to protect fraternities from punishment are immoral, and the actions of such Greek houses have contributed to higher death rates and injuries.

The evidence is clear; Greek life is discriminatory and harmful in ways that surpass its value to the community. To graduated high school students, I offer a simple solution as you transition into college and consider Greek life: do not rush. Greek life is on the decline, and scandals of violence, racism, and hazing can no longer be considered surprising. By joining a fraternity or sorority you are keeping a decaying institution alive and accepting the systematic horror embedded into Greek life. College is an opportunity to meet new people and branch out, not trap yourself in the conformist and elitist culture of fraternities and sororities. To university presidents and administration members, I offer a more difficult but absolutely necessary solution; abolish Greek life. Time and time again, students are being harmed both mentally and physically from Greek life under your watch. It is not enough to reform or place restrictions on Greek life houses. Did I mention that Beta Theta Pi, the fraternity responsible for the death of Timothy Piazza, had a university issued "no alcohol" policy at the time of the incident?[8] Penalizing and restricting Greek houses has not and will not end the dangerous and often lethal practices of fraternities and sororities. Members of these houses will continue to find ways to protect their culture. While many may blame individual members of fraternities for the death of Timothy Piazza and countless other student fatalities, Greek life members are simply a product of the institutionalized danger overseen by presidents and administrators. So, university presidents and administrators, there is an ugly truth you must recognize; the blood is on your hands. The attempts to place soft restrictions on various sororities and fraternities are an insult to families affected by the atrocities of Greek life. There are other ways for students to get involved in the university, and there are other ways for students to join clubs and create long lasting friendships. The time has come for the toxic and dangerous culture of fraternities and sororities to be put to an end.

[7] Shapiro, Emily. "'An Oath of Silence': The Secret World of Fraternity Pledging and How It Contributes to Hazing Deaths." ABC News, 27 Oct. 2017, https://abcnews.go.com/US/oath-silence-secret-world-fraternity-pledging-contributes-hazing/story?id=49877076

Shapiro, Emily. "'An Oath of Silence': The Secret World of Fraternity Pledging and How It Contributes to Hazing Deaths." ABC News, 27 Oct. 2017, http://abcnews.go.com/US/oath-silence-secret-world-fraternity-pledging-contributes-hazing/story?id=49877076.

Jack McNabola is an undeclared Business major and currently resides in O'Neill Family Hall. He competes for Notre Dame's Cross Country and Track and Field Team and looks forward to developing as an athlete and student before he graduates. He is son of Eileen and Mark McNabola and has two sisters and an older brother. Inspired by the 2017 hazing scandal at Penn State University, along with other recent Greek life scandals, "An Open Letter to University Presidents and Incoming Freshman" was written for Jack's Writing and Rhetoric class. In the piece he examines the mental and physical effects that stem from modern Greek Life and calls for the abolition of Greek Life across all college campuses. Jack would like to thank his Writing and Rhetoric instructor, Sarah Snider, for helping him develop as a writer.