Examining the Unseen Reasons Behind the Xhosa Cattle Killing 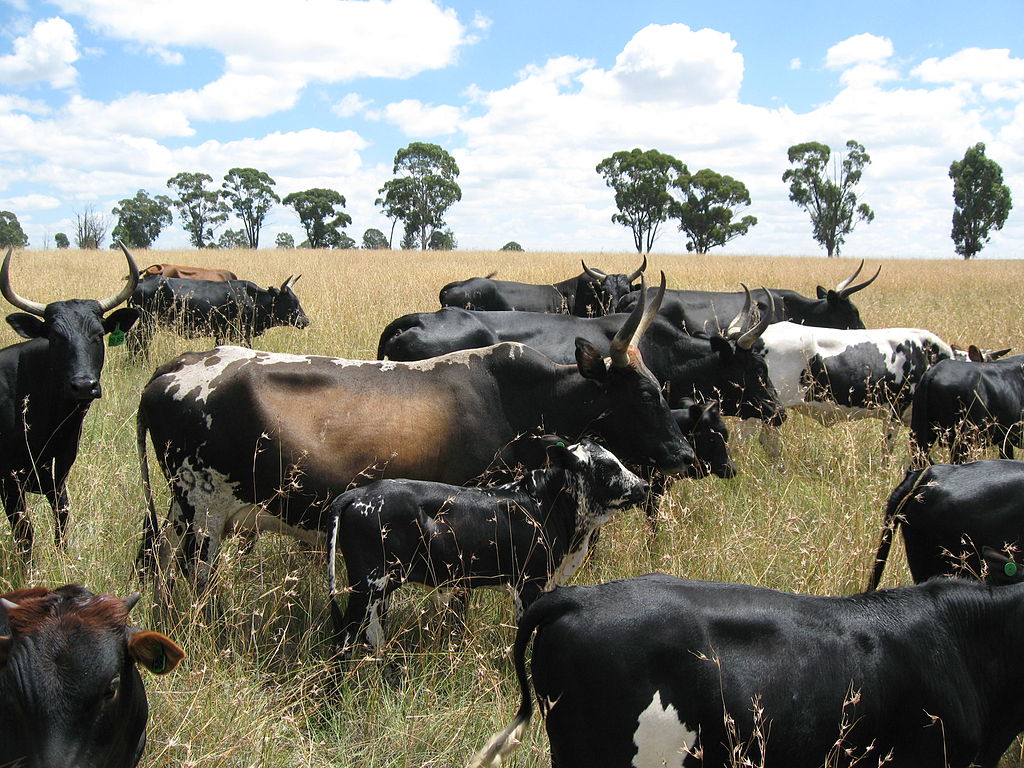 In 1856 and 1857, the Xhosa, a South African people, slaughtered roughly four hundred thousand of their own cattle and burned thousands of fields of their crops. Ultimately, this led to the death of forty thousand Xhosa people by starvation. The mass cattle killing happened while the Xhosa people were at war with well-equipped British settlers. The movement was started when a Xhosa prophetess, Nongqawuse, claimed that if the Xhosa killed all their cattle and destroyed their corn, their ancestors would return to drive out the European settlers. In The Heart of Redness, Zakes Mda uses this historical event as the centerpiece of a long-lasting conflict that eventually morphs into a dispute over whether tradition or development is more important. The novel is set in modern day South Africa, but even one hundred fifty years later, the two sides cannot agree on any issue. In this novel, Zakes Mda thoroughly discusses the effects, both long and short term, of the carrying out of Nongqawuse's prophecy, but he does not dig as deep into the multiple reasons for why the prophecy was pursued in the form of the cattle killing movement. These reasons include endorsement of the prophecy by respected Xhosa leaders, the Xhosa's belief in resurrection of the dead, the spread of Christianity through South Africa, lung sickness killing Xhosa cattle, and a possible conspiracy by warring British forces.

To begin, the support Nongqawuse received from elders and established Xhosa leaders was a major reason her prophecy was so widely believed. One key person who publicly backed her was a Xhosa king, Sarhili. Because he was royalty, the opinion of the king had a massive effect on the opinions of the rest of the Xhosa. In fact, researcher J.B. Peires wrote Sarhili's enthusiastic support was crucial to the success of the movement ("Beliefs of Xhosa" 47). Also, Nongqawuse's prophecy was widely criticized before her uncle, Mhlakaza, began to influence the other Xhosas. According to Peires, Mhlakaza ordered the Xhosas to get rid of their cattle because they have been wicked, and therefore, everything belonging to them is bad ("Beliefs of Xhosa" 47). Another scholar adds, "Mhlakaza, a disillusioned former Christian convert and uncle of Nongqawuse, had been the movement's real motivator," (Stapleton 384). The fact that her uncle had such an influence on the way her prophecy was received demonstrates why the elders' support was so vital for Nongqawuse. If she had not been so eagerly supported by important Xhosa people, her prophecy may have not been so widely believed, which would have prevented the cattle killing movement.

Further, the prophecy of Nongqawuse was supported by so many Xhosas because of the culture's belief in resurrection of the dead. Usually, many people would have a hard time trusting that their ancestors would come back from the dead to help them fight a war, but the departed continuing to live in a different manner was a core belief to many Xhosa people. "For the Xhosa, as for many Africans peoples, death was not a definitive end and conclusive departure from this earth. The dead lived on, though in a somewhat altered state," ("Beliefs of Xhosa" 52). Peires also wrote that the Xhosa believed the dead were responsible for people's good health and prosperity as well as sending hardship to the guilty ("Beliefs of Xhosa" 52). Believing that the deceased played an active role in the lives of the living makes Nongqawuse's prophecy significantly more credible. The way the Xhosa people view the dead played a major role in the cattle killing movement because it made her prophecy much more convincing.

Closely tied with the Xhosa's belief in resurrection, was the simultaneous spread of Christianity throughout South Africa. This was a huge factor in causing the Xhosa cattle killing movement. As the Europeans were trying to settle and colonize South Africa, they brought Christian beliefs to people who had never experienced them before. From 1816 to 1819, a Xhosa man, Nxele, began to integrate the beliefs of Christianity into traditional Xhosa culture. He taught of a white God, a black God, and the Son of God who had been murdered by the white men ("Beliefs of Xhosa" 58). Nxele claimed that there was no finality to life, teaching that people do not actually die; instead, they go to the chief of Heaven and Earth ("Beliefs of Xhosa 58). In teaching this, Nxele is combining the Christian belief that Jesus was crucified to grant eternal life with the Xhosas disdain for the white men they were at war with. This mix of Christian beliefs and Xhosa culture was a major reason the Xhosa people had such a strong belief in the resurrection of the dead. The prophecy of Nongqawuse was put into action by so many people because of the effects of Christianity on Xhosa beliefs, particularly the rebirth of people that have died.

One factor at work, perhaps the greatest factor, behind the carrying out of Nongqawuse's prophecy was the lung sickness epidemic among Xhosa cattle around the time of the prophecy. This severe lung sickness is believed to have infected South African cattle after a Dutch shipment of sick bulls in 1853 (Gysin 623). The sickness spread quickly across the nation along the ox-wagon routes from the Southwestern Cape to the Eastern Cape, which is the land of the Xhosa ("Beliefs of Xhosa" 45). The lung sickness led to an unprecedented number of cattle deaths in South Africa. According to Timothy J. Stapleton, the lung sickness epidemic of 1855 killed approximately one hundred thousand Xhosa cattle (384). The sickness also probably inclined some Xhosa people to kill sick cattle out of fear that they would infect other bulls, driving up the cattle death count. This lung sickness epidemic, and the attempted prevention of it, undoubtedly made it easier for the Xhosa to commit to carrying out Nongqawuse's prophecy.

On top of that, the lung sickness epidemic also had a psychological effect on the Xhosa. The infected cattle died an extraordinarily horrible death, and many Xhosa would rather kill their cattle than watch them suffer. J.B. Peires wrote "first the affected cattle began to cough, then they gasped for air, breathing faster and more urgently. Yellowish fluid crept over their lungs which stuck to their ribs, and as the disease spread, the cattle putrefied from inside out," ("Beliefs of Xhosa" 47). The hideous way the cattle died may have caused the Xhosa to believe that their cattle were wicked. The thought that Xhosa people were wicked, so everything they owned was wicked, was a fairly common one. As previously mentioned, Mhlakaza taught that everything belonging to the Xhosa people was evil ("Beliefs of Xhosa" 47). This belief that all of the Xhosa's possessions, particularly the cattle, were wicked could have been one of the reasons so many people were inclined to accept Nongqawuse's prophecy. It is almost as if the cattle's death was so putrid that it was beyond the bounds of sympathy. Since the Xhosa's economic stability was so dependent on their cattle, the cattle carried a substantial emotional weight. Peires wrote "[the Xhosa] loved each beast individually as no miser ever loved his gold," ("Beliefs of Xhosa" 47). In The Heart of Redness, Mda says "raging lung sickness. Strutting around like a bully. Laughing in the faces of grown men as they wept when they saw their favorite cattle wane away," (50). These two statements are definitely not indicative of the way a farmer normally views livestock; they show a deeper connection. Given how much the Xhosa cared about their cattle, this horrible lung sickness took a tremendous toll on the Xhosa, making them more inclined to believe in the prophecy of Nongqawuse.

Another possible, but improbable, explanation for the fulfillment of Nongqawuse's prophecy is that British forces, who were at war with the Xhosa at the time of the movement, deceived them into killing their cattle. Sir George Grey was the governor of Cape Colony, where the Xhosa live, during the time of the cattle killing. Some scholars think that Grey was in charge of some type of conspiracy that ultimately led to the Xhosa cattle killing. One piece of evidence that supports this theory comes from Adam Ashforth. He wrote: "the colonial administration under the leadership of Governor Sir George Grey (long reputed in Australia, New Zealand, and South Africa for his humane treatment of "Native races"), brutally exploited the situation. The power of the chiefs was broken and their lands seized for European settlement" (581). It seems suspicious that someone who is known for treating others well would take advantage of such an unfortunate occurrence unless he had something to do with it. However, beyond the ruthless seizure of Xhosa lands, there is little evidence to support this theory. J.B. Peires, in his book The Dead Will Arise: Nongqawuse and the Great Xhosa Cattle Killing of 1856-7, wrote, "I am more than ever convinced that there was no plot on either side. Moreover, I am convinced we do not need a plot or a conspiracy to explain the Cattle-Killing movement," (ix). Of all the reasons given that attempt to explain the cattle killing movement, this explanation has the least evidence to back it. On the other hand, it is at least mentioned by nearly every academic source on the subject, so it can serve as a possible reason for the remarkably wide belief in Nongqawuse's prophecy.

Over the course of The Heart of Redness, Zakes Mda writes about the long-lasting impact Nongqawuse's prophecy had on the Xhosa people. Yet, he barely scratches the surface on the numerous causes for such unanimous belief and pursuit of her prophecy. The support her prophecy received from chiefs and elders was one of the reasons her prophecy led to the cattle killing. Further, the Xhosa's belief in resurrection of the dead and the concurrent spread of Christianity in South Africa aided its belief. On top of that, a lung sickness that ran rampant among Xhosa cattle led to the thought that the cattle were evil and needed to be killed. Those are outside influences that likely increased the belief in Nongqawuse's prophecy and helped lead to the cattle killing movement. That is without even considering a possible conspiracy by the eager British who were battling the Xhosa. This cattle killing movement is catastrophic and a history altering event for the Xhosa people. That is why Zakes Mda—and his characters—are still examining the prophecy and movement one hundred fifty years after it happened. Not only did four hundred thousand cattle die and approximately forty thousand people lose their lives, but it made the Xhosa people extremely vulnerable to British attacks. Already a long shot to win the war, the cattle killing movement nearly assured defeat for the Xhosa people. The cattle killing movement is undeniably a great tragedy. At the time of Nongqawuse, the Xhosas had so many reasons to believe her prophecy, but one hundred and fifty years after the event, it is hard to find one.

Sean Phelan is originally from Hoffman Estates, IL, and currently resides in Dillon Hall. He is enrolled in the Mendoza College of Business and intends to major in Finance. He has not chosen to pursue any specific career yet but he does desire to work in the business field. His essay "Examining the Unseen Reasons Behind the Xhosa Cattle Killing" is an exploration of what caused an African people to slaughter their own cattle and burn their own crops while at war with British settlers. The inspiration for this essay comes from his interest in unique and important historical events around the world. Sean appreciates the guidance from his professor, Dr. Catherine Bolten, throughout the research and revision of this essay.