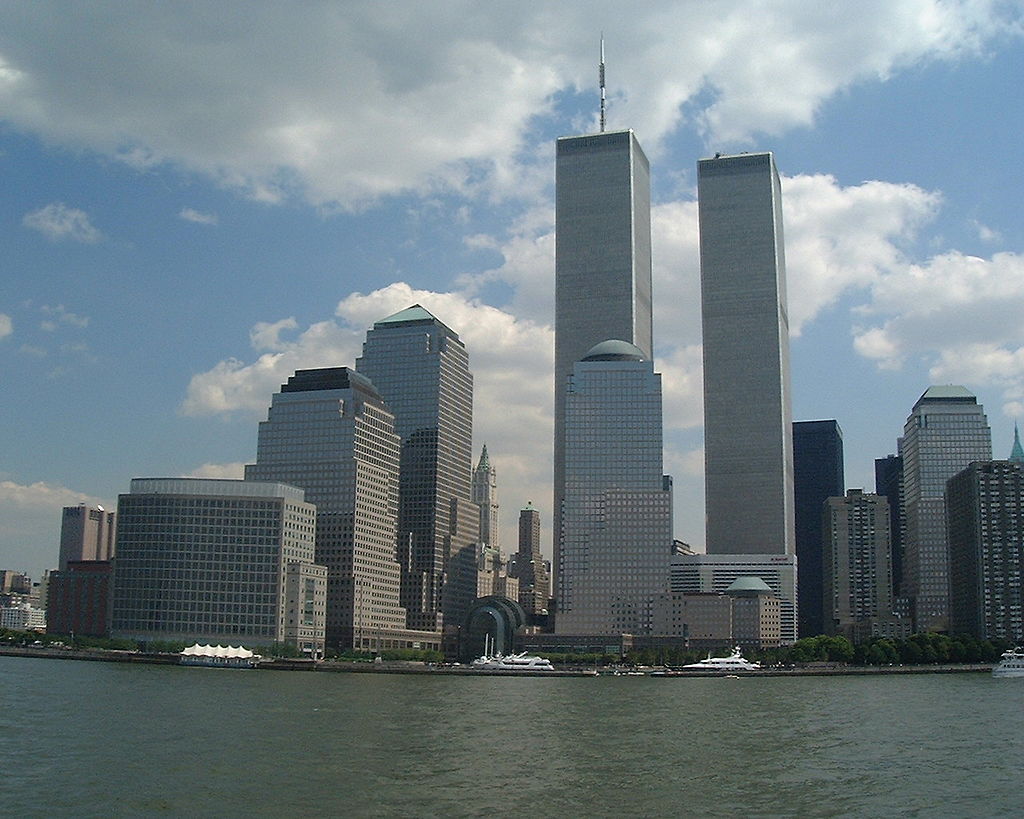 One of my most vivid memories from that day is the image of my transparent blue dance bag next to me in the car. I stared down at it intently trying to focus on something amid all of the chaos and confusion.

Since before I was born, my dad frequently commuted into New York City for work during the week, taking the train line from New Jersey to the World Trade Center. From there he would walk two blocks to his IBM office on Maiden Lane, located in a modest building with a striking view of the lofty twin towers situated opposite one another along Liberty Street. While he worked, my mom, brothers and I had a routine of our own.

The early morning of September 11th, 2001 was highly uneventful in my house. My older brother had preschool and I had dance class, so we piled into my mom's blue Chrysler minivan. We strapped my baby brother tightly in his carrier, and we began our morning commute as we frequently did. The sky was a clear, crisp blue with not a cloud in sight. On the way to my brother's school my mom got a call from a friend about an accident in New York City, a supposed explosion in one of the twin towers. Aware of the close proximity of my dad's office building to the towers, my mom began to panic and I remember her pulling over the car to the side of the road. She flipped open her clunky black phone with shaking hands and tried frantically to call my dad, each time receiving no response.

My dad's train arrived at the World Trade Center station at 8:30 that morning. Exactly 16 minutes later, as my dad sat down at his desk overlooking the towers, American Airlines Flight 11 spiraled straight into the North Tower. The first sign of trouble my dad noted was the sight of smoke and white papers filling the air surrounding the towers. He looked across the skyline in confusion at the billowing gray clouds consuming the blue sky, and the sea of white paper floating down from the upper levels of the building. When my mom finally got in touch with him, word had spread throughout the office building about the explosion two blocks away. By then, the second plane had crashed into the South Tower and suspicions began to rise about an attack on Americans. My dad assured my mom that he was fine and that they were going to evacuate, but for just a few more moments he stood in silence with his coworkers at the window watching chunks of debris tumble through the sky from the building. It wasn't until he looked closer that my dad realized these shapes were actually people dressed in business attire plummeting down from the windows of the tower.

For what seemed like hours, we sat on the side of the road while my mom called family and friends. The radio flipped between news reporters screaming "Manhattan is on fire!" and the Top 20 pop songs of the month, as my mom tried to understand what was going on but also prevent us from getting upset. I sat beside my baby brother, not even a year old, his bright blue eyes flickering in blissful unawareness. Many of the memories of that day are completely forgotten in my mind, but others are so perfectly intact that I can still see and hear everything as if it occurred yesterday. I remember repeatedly asking my mom what was wrong, curious as to why she was crying. She responded over and over in a trembling voice, "It's okay, I just have something in my eye, that's all. Just something in my eye." I watched through the rearview mirror as tears fell down her face and her lips quivered each time she tried to speak. One of my most vivid memories from that day is the image of my transparent blue dance bag next to me in the car. I stared down at it intently trying to focus on something amid all of the chaos and confusion.

We eventually made it to my brother's preschool, and it was clear upon arrival that everyone was panicking over the events of the morning. I entered the building with my mom and brother, clinging tightly to my mom's side among the sea of frantic people. The normally quiet and calm hallway had transformed into a scene of madness. People were rushing from door to door panicking while simultaneously trying to keep track of 50 preschoolers, each oblivious to what was occurring. Teachers were crying, children were on the floor, bodies were rushing past one another in complete mayhem. When we entered the classroom, the shrill sound of a woman's scream filled the air. It was the mother of one of my brother's classmates. Her piercing blue eyes gaped open almost as wide as her mouth as she screamed in agony for her husband on the 102nd floor of the South Tower.

I had been alive for three years and five months to the day on 9/11. For the remainder of the month of September, our calendar hung on our narrow refrigerator as it always had. In the small white paper box of Tuesday, September 11th, my mom scribbled a blue marker in dark, messy loops within the frame. I am still unsure of why she did this; whether an attempt to make the day disappear from the calendar, or show that nothing else mattered on that day, or to bring attention to it, the blue marker on 9/11/01 was always there. Even into October and November and December, the blue scribble remained just a page flip away. I remember frequently turning back to the September page in that calendar even after the month had passed, checking to see if the blue was still there, showing people who came to our house "the blue day."

A normally 25-minute commute home took nine hours for my dad that day. As soon as he stepped outside of his office building, he was met by a swarm of people running up and down the streets. By then both towers had completely collapsed, a sound that my dad remembers as a steady clapping, one by one, floor by floor. The clear blue sky in the blocks surrounding the World Trade Center had turned into a hazy gray filled with dusty air unbearable to breathe. My dad eventually found a cab to bring him across the river to New Jersey, and as he sat traveling along the turnpike he stared out the window at the two enormous smoky shadows where the towers once stood. When he finally did get home, I saw an image of him I don't think I will ever forget. An ashen cloth respirator mask hanging from his pocket, he stood there with his hair disheveled and gray eyes sunk low, his soot-stained face sullen and drooping. The sleeves of his light blue pinstriped dress shirt were rolled up, debris clinging to his clothing and bare skin. He didn't say a word, and instead walked outside to the porch. He stood in the backyard and stared up at the blue sky until there was no longer any light left to see.

Kylie Donohue is a native of northern New Jersey and a current resident of Notre Dame's Badin Hall. She is enrolled in the College of Science and plans to major in Science-Business. Her narrative essay, "Blue Skies," recounts her family's experiences throughout the morning of September 11th, 2001. She was inspired to write this piece by the devastating acts of cruelty that have and continue to affect society today, but more importantly, the resilience shown by her friends, community, and country in the face of such horror. Donohue would like to thank her high school English teacher, Ms. Perez, and her Writing and Rhetoric professor, Robin Murphy, for their teaching, guidance, and encouragement. She would like to dedicate this piece to all of the lives lost and those affected by the events of 9/11.