An Outbreak of the Irrational 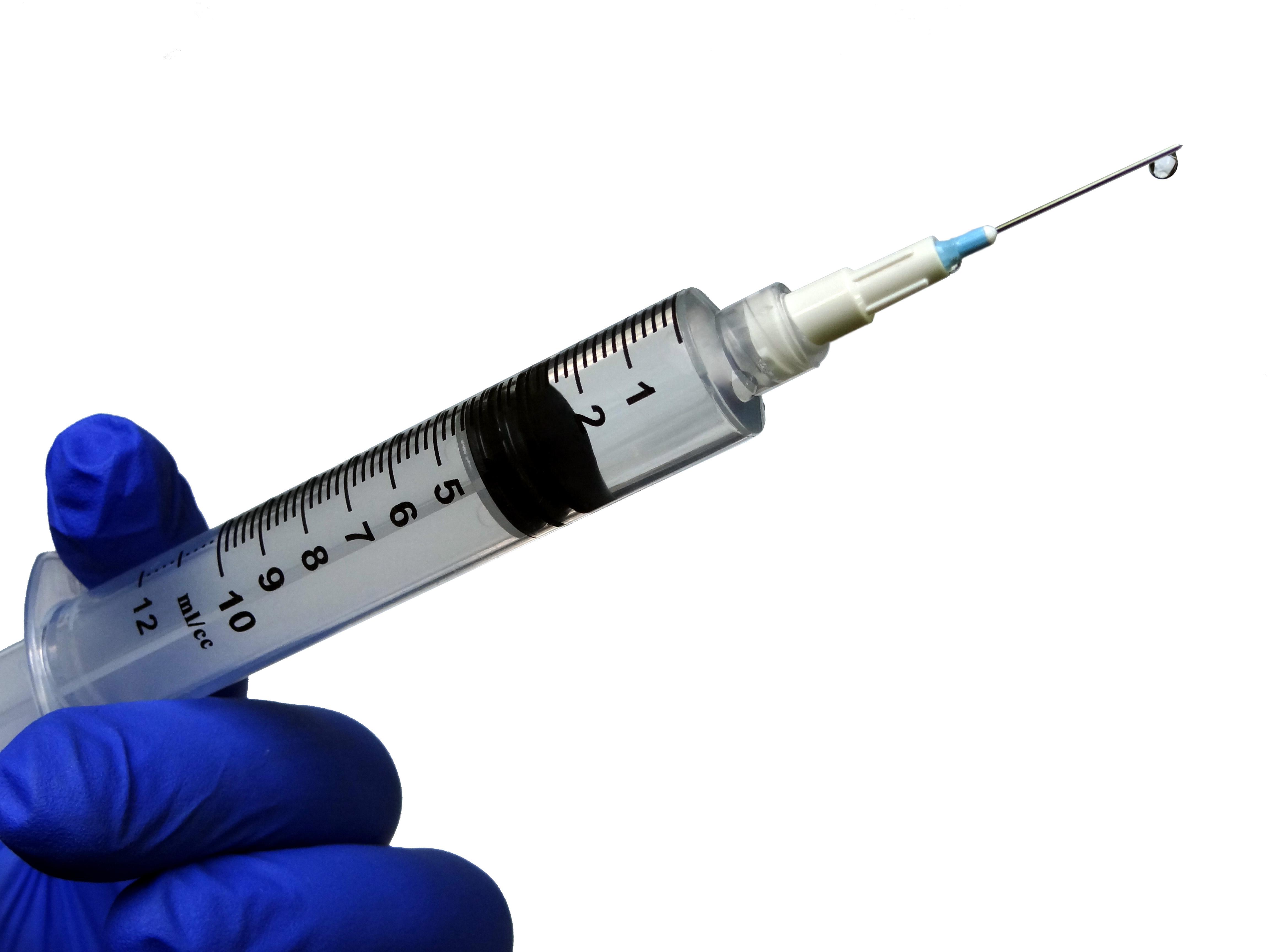 In the spring of 2015, a number of families who had visited Disneyland in the hopes of enjoying "the happiest place on Earth" returned home only to discover that their children had contracted measles. Measles, as well as diseases like polio and pertussis, are believed to be plagues of the past, which have not been encountered in over fifty years. So why have they reemerged in some of the most developed, wealthy, and educated countries in the world? These diseases were effectively eradicated through the discovery of the power of vaccinations. Before the measles vaccine was created in the 1950s by Maurice Hilleman, this disease had killed hundreds of millions of people throughout history. Measles wiped out any population who had not developed some form of resistance to it, especially native populations who came in contact with the foreign illness due to the arrival of European settlers and their domesticated animals. After the vaccine was produced and the majority of developed countries were inoculated with it, rates of infection for the measles were reduced to almost nothing. Now, after generations have lived life with no contact with anyone who has had measles, people are starting to lose their grasp on the severity of the disease. People who no longer fear the disease and are more concerned with the effects of the vaccination itself are opting out of vaccinating their children with the Measles Mumps and Rubella (MMR) vaccine ("California's Measles Outbreak"). It is because of these choices that measles outbreaks are becoming more and more common around the United States, and in other countries as well.

The fear of vaccinations is not unwarranted – the idea of injecting your child with some foreign substance, whose purpose, side effects, and origins you may not be educated about, is a frightening concept; but, as with many aspects of medicine, the costs must be weighed against the benefits. The fact of the matter is that, without vaccinations, our globe would be ravaged with disease and we would not be able to be as productive and successful as we are today. Vaccinations have helped us to overcome diseases that haunted civilizations since the dawn of humanity; they protect us from the pathogens that fill our environments – deadly killers that we are able to forget about because of modern medical achievements. Vaccines are one of the most important medical discoveries in history because they have allowed us to break through those barriers which, in the past, prevented humans from being more productive due to the continual threat of life threatening illnesses. With our life expectancies vastly lengthened and our daily lives less penetrated by sickness, it has become easy for first world citizens to forget the true importance of getting vaccinated. The movement to opt out of vaccinations is irrational and dangerous because individuals advocating for their right to exercise their personal freedom are looking in the wrong places for justification and ignoring the threat they present to society as a whole.

One of the most important concepts behind the effectiveness of inoculation as a whole is that of herd immunity. This means that by vaccinating a majority, the small population who cannot get vaccinated will still be protected from the disease. Epidemiologists, who study the spread of disease, try to determine something called a basic reproduction number (R0) for a disease, which is the number of people that one infected individual can likely spread their disease to (Sadava). This then helps to determine the percentage of people who must be vaccinated for the protection to be strong enough to protect those who cannot be vaccinated for medical reasons, like infants, elderly people, or those with compromised immune systems. This is called the immunity threshold ("What is Herd Immunity"). At this level, the general population is safe because those who have had their vaccinations are not only directly protecting themselves, but also indirectly aiding those who have not been vaccinated, because it is much more difficult for the disease to be spread. However, when the levels of vaccination drop below this threshold level, diseases can come back with a vengeance, just as the measles have begun to. Families choosing to opt out of the MMR and other vaccines are a threat to the protection that we have built against disease as a national and international community. Electing to refuse the vaccines that the majority of the population are provided with, solely based on unfounded personal interest, is selfish because these individuals become free riders in a vaccinated community whose herd immunity they are counting on to protect them. Vaccine refusal is also dangerous, as it puts herd immunity at risk by lowering the number of vaccinated individuals below the immunity threshold.

One may ask who these people are and why they are choosing to threaten the safety of the greater population. Perhaps surprisingly, the people in developed countries who are refusing to get vaccinated are not the underprivileged or uneducated, but rather the opposite. Generally, wealthy, privileged people are more inclined to question what their doctor recommends, do their own investigation online, and be more confident in their own beliefs and findings than those who are low-income and uneducated. When faced with the decision of whether to vaccinate their kids or not, these upper class families are searching high and low for reasons to say no. Being curious and asking questions about the effectiveness or safety of a vaccine is not an issue; it is, in fact, prudent and advisable. However, many times the places these people are looking for information are not reputable sources and have no scientific validity. One of the biggest concerns today about vaccinations are that they cause autism. Many celebrities and politicians, such as Jenny McCarthy and Donald Trump, have spoken out against vaccines because they believe they are to be blamed for the rise of autism in the modern world. The root of this issue is a paper published in 1994 by Andrew Wakefield that claimed a correlation between vaccinating young children and autism. This paper was read widely and still, to this day, scares people out of vaccinating their children, despite the fact that this paper has been completely invalidated by follow-up research and Mr. Wakefield has been tried for misconduct ("A case of junk science").

Another, more complex issue presented by anti-vaccine advocates is that vaccines cause children to have seizures, along with other dangerous reactions that result in long-term disabilities. One family, featured in a PBS movie about the controversy about vaccines, were horrified when their infant son began to have terrible seizures hours after he received his first round of vaccinations (Vaccinations­­–Calling the Shots). Initially, they, like a number of other families who have had similar experiences, blamed the vaccines for their child's health problems. However, as they began to delve deeper into the issue and consulted more medical professionals and researchers, they discovered that their son's devastating epilepsy had not been caused by a vaccination, but rather triggered by it. While watching their child have any seizures at all was a terrible experience for this family, they then understood that this underlying genetic problem would have resulted in their son having seizures no matter what. Herein lies the difficulty with the argument that vaccinations cause children to have life-long health problems because of a negative reaction – many times this reaction is the result of a previously unobserved health problem that the child already possessed at birth (Infant Immunization FAQs). Because babies get their first vaccinations so quickly after their birth, it can be exceedingly difficult to differentiate between a vaccine-related issue, or a birth defect. It is true that vaccinations can sometimes cause unpleasant reactions or even illness, but this does not validate choosing to avoid any vaccination whatsoever. Rather, people should use their account of a negative experience with a vaccine to try and advocate for an improvement in this inoculation, so that the problem is solved and progress can be made for the benefit of all.

Political and ethical values can also play a role in a person's decision to vaccinate or not. Many people fear that because companies are attempting to make a profit off of the vaccines they are producing, these pharmaceutical corporations are pressuring the CDC and other regulation agencies to approve their vaccines before they are truly effective or safe (Fadda et al.). Anti-vaccine activists argue that vaccines are not really necessary, but are instead the product of doctors having been paid off by medical corporations to force families to use their products. Besides being scientifically incorrect, this argument falls short because our medical system is essentially an economic market place. Vaccinations are not a profitable or lucrative investment for companies. At most, one type of vaccination is administered three times to an individual, not two or three times daily like some heart or pain medications. Without subsidization or incentive from the government, companies would not be able to make any money off of vaccines, and there would simply be no economic reason for them to produce these products (Key Concepts). The way in which our economic system is set up it is necessary that companies make money off of medicines, or there would be no drive for them to innovate and provide these necessities.

Discussion and research is a vital part of any society. It allows progress and innovation to occur, for relationships to be strengthened and cooperation to flourish. However, the way in which upper-class families are attacking the issue of vaccination is hardly a real discussion at all. By basing their arguments off of outdated and unfounded scientific evidence, as well promoting a high level of paranoia about the conventional medical community, their arguments fall short of bringing any benefit to society. Instead of helping to improve our nation's discourse on the subject of improving our medicinal standards and our patient-physician relations, they are obstinately refusing to see reason, thereby showing their own selfishness. When one lives in a community, it is his duty to not only think of what is best for himself and his closest kin, but to also think of the greater good. Much like our nation's treasured democracy, the efficacy of vaccination is grounded in the principle that a majority is needed for a nation to succeed and thrive, and that every individual counts. By losing sight of this fundamental responsibility to help provide protection for all of those around us, people are threatening the safe environment the scientific and medical communities have worked so long to build, while simultaneously depending on others to do the work for them. It is time for the anti-vaccination movement to open their minds and not only discuss their fears about vaccination with the medical community, but also listen to the hard evidence that can be shown to them. We must all claim our places as responsible protectors of our nation's national health security.

Sarah Dzubay is a member of the Class of 2019 at Notre Dame. She is originally from Eugene, Oregon, but currently lives in Welsh Family Hall. Dzubay is a biological sciences and psychology double major, planning to attend medical school in the future. While taking Writing and Rhetoric, Dzubay decided to write about issues that she believed reflected her future goals and current passions. She felt that the topic of vaccination was inextricably linked to her interests in pediatric medicine and global health. For this reason, she decided to explore the psychology behind the anti-vaccination movement– a popular trend that had alarmed her in her hometown. Dzubay decided to tackle this issue from a critical point of view in this essay, as well as from a comprehensive research-based perspective in "It's Hip(pies) to Opt Out" (also published in this volume). Dzubay thanks her professor, Elizabeth Capdevielle, for her positive and constructive feedback throughout the Writing and Rhetoric course.