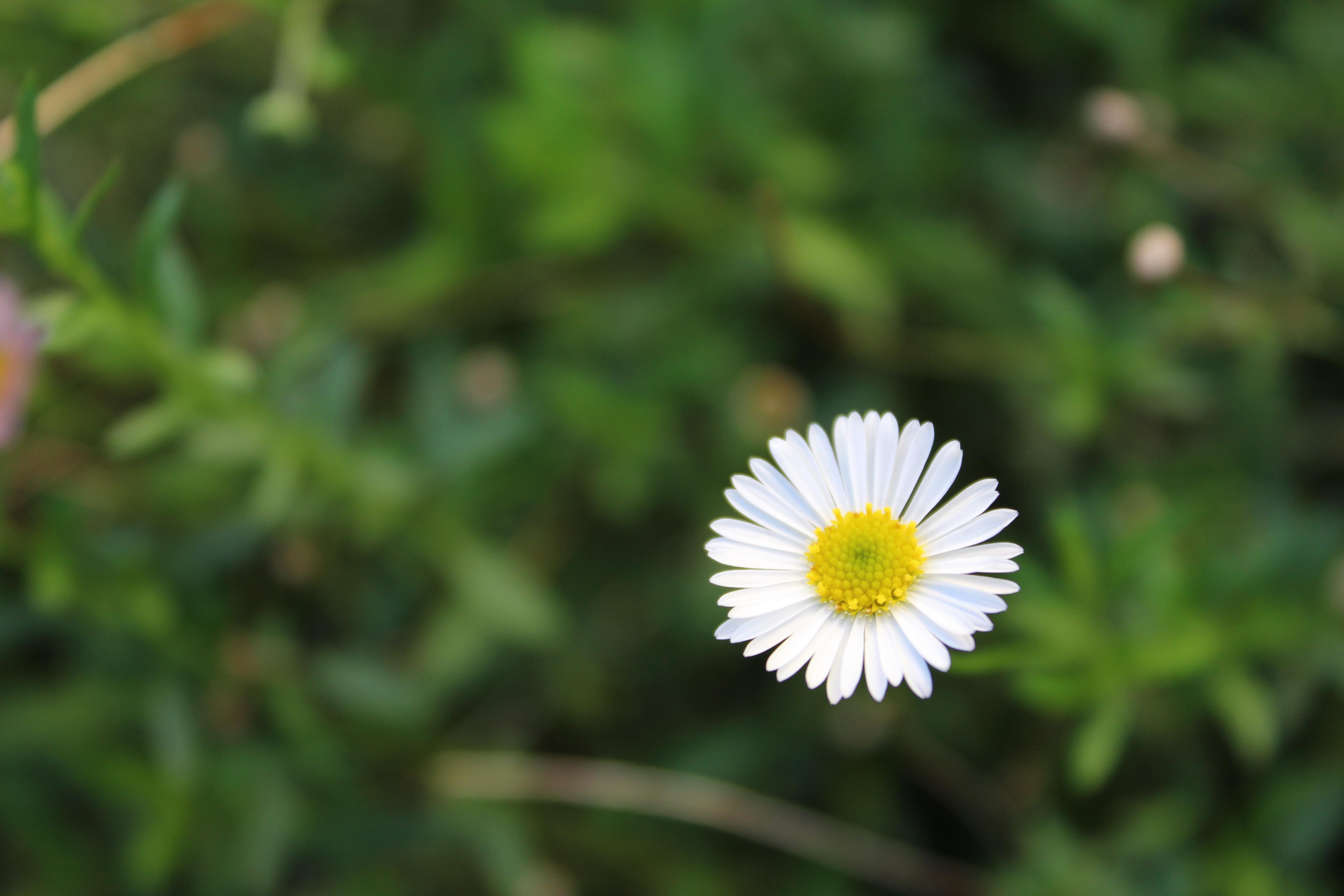 Anxiously knocking on her front door, I did not know what to expect…

We have grown so close over the years – fourteen years, to be more precise. Her beautiful home is within walking distance of mine, and I vividly remember riding my bicycle – even my tricycle – around the neighborhood to deliver the biggest hug to my favorite, eccentric, compassionate, happy-go-lucky neighbor, Serena. While Serena does not have children, we love to say that I am her adopted niece – that always lifts her spirits.

Yet, times have changed. Her declining health challenges her spirits. I cannot give Auntie Serena the same bear hug that remains so deep in my memory from childhood. My hands tremble as I wait on her front porch; I have not seen her since August. Slowly, the door creaks open, and, with one glimpse, my heart sinks further into my chest. Two months can make all the difference. She tells me her new weight as if it were an accomplishment: 91 pounds – ten pounds lower than before I left for school. Constant chills keep her bundled up in warm jackets and fuzzy slippers. I am starting to see the bones in her arms and legs. I try my best not to stare, but I look at her out of worry and fear. As Serena welcomes me inside, I say a prayer to myself, hoping that God would ease her suffering.

As we sit down, Serena reads me her diagnosis off a slip of paper: "Ongoing cancer of the appendix vermiformis, lung metastases, secondary neoplasm of the lung…three areas of the spine have been affected: two of the stomach, one rib…most of the disease is in both lungs." In plain English: cancer that started in the appendix – a short, thin tube connected to the large intestine – and worked its way up into both lungs and parts of her stomach. Surprisingly, Serena's doctors at Chicago's Northwestern Memorial Hospital have only seen this happen once before, making her case an anomaly.

It all started back in 2008, and it came without warning. On a typical January morning, Serena woke up doubled over, clenching her stomach in agony. Strangely, the pain subsided quickly. Cross out the stomach flu or a bowel obstruction as potential causes. Her nerves heightened, and she raced for the car, knowing that a trip to the emergency room was crucial. Unfortunately, the physician entered the triage room with harrowing news, yet his delivery was far from sensitive. Serena learned the hard way that she had an appendicitis attack, but when her appendix burst, a cancerous tumor was released into the rest of her body. The doctor coldly exited the room, leaving Serena alone to question her fate. Suddenly, "the lights got a lot brighter," and "there was a loud hum in the air." Feeling frightened, tearful, and abandoned, Serena wasted no time, researching the best Chicago oncologists on the Internet. She drove downtown to Northwestern to receive a second opinion. After an appendix biopsy, similar results came back, but this time, from a more caring doctor.

"Any time you hear the word cancer, you go into shock, especially when it's you," Serena explained, "If [cancer patients] don't tell you they're scared, they're lying."

A simple removal of her appendix would not be enough to save her life. In fact, the Northwestern oncology team predicted that her chance of survival for the next few months was slim to none: roughly 5 percent. Treatment options were limited, since Serena's cancer is far from the research spotlight. To put this into perspective, less than 1,000 Americans are diagnosed with appendiceal cancer each year ("What Is Appendiceal Cancer?"), whereas breast cancer – the most prevalent type of female cancer in the United States – affects nearly 230,000 new women per year (American Cancer Society). Serena's cancer is so rare that the American Cancer Society website lacks any information regarding causes or treatment. Even a Google search narrows down only a small handful of appendix cancer sources. With very little background knowledge on the subject, Northwestern doctors had no choice but to consult the next closest textbook for a treatment plan: colon cancer.

For Serena, chemotherapy was her "insurance blanket" – the one thing that stood between life and death – and she was willing to take the risk, regardless of the side effects. Just two weeks after her stay at Northwestern Hospital, Serena started a strict bimonthly, six-month regiment of high-dose chemotherapy: a treatment in which most cancer patients die before the eighth dose. Remarkably, Serena beat the odds, outliving the treatment and only experiencing numbness in her hands, feet, and mouth. At this point, God was definitely on her side, giving her a glimmer of hope.

Serena's doctors, however, were not too pleased with her slow improvement. She was nowhere close to "cancer-free." In reality, the metastasis, or the spread of her cancer, was still out of the doctors' control. Her cancer soon reached a palliative stage, or a point where controlling the cancer became the primary concern. Another more rigorous and potentially lethal round of chemotherapy was inevitable. The only question was when to start this last-ditch effort.

At quiet moments, Serena tirelessly weighed the pros and cons of the next treatment, knowing full well that her quality of life was even more at stake. Thankfully, her body helped her make the decision; the pace was just too exhausting. She understood that chemo kept her lungs working, but she did not want to spend another birthday in bed. Although a risky move, Serena decided to take a two-year break from chemo treatments, hoping to gain enough strength for the next hurdle. The list of common side effects for the next dose practically came from a horror novel: intense nausea, vomiting, diarrhea, chills, significant weight loss, hair loss – even memory loss – all leading up to a miserable death. Little did she know that these symptoms would soon become her reality.

"Chemo is like having a bad flu – and then some – every two weeks," Serena analogized, "Your body gets tired [and]…worn out. That's why most people don't come out of it."

Many patients fall into a severe depression. Others develop thoughts of suicide. Luckily, Serena still possesses the willpower to live, taking every day in stride. After more than five years of chemotherapy – with more treatments filling up her calendar – only now is Serena willing to accept that the end is near.

Out of a typical fourteen-day chemo cycle, Serena spends between ten and twelve of those days completely bed-ridden – alternating between pain medications and sleeping pills, and "sleep[ing] through the worst of it."

Somehow, Serena makes at least two out of fourteen days worth living. Instead of drowning herself in self-pity, Serena fights back like a warrior. I watch in complete awe as she still drives herself to the grocery store, cooks nightly meals for her busy husband, and spoils her two small dogs, one of which is also dying of cancer.

Serena chuckles. "I think one of the only reasons why I've lasted so long is [because] when I first came home after the initial surgery, there was a Celebrex commercial on [TV] that said, 'A body in motion stays in motion.' I said, 'You know what? That's going to be me.' And I'm still trying to stay in motion…It's simple."

If only the rest of her life were this "simple." Not everyone shares the same positive attitude as Serena. In fact, Serena expressed how often she has to "cover up" her true feelings in order to spare the pain of others – especially her loved ones.

"You pretty much learn how to handle everyone else more than your handle your own self, because everybody does not know what to say to you, how to react to you."

In a sense, talking to her family and friends about her illness is a double-edged sword for Serena. On the one hand, Serena wants to explain why she cannot attend most events and activities. On the other hand, she knows deep down that very few people can emotionally handle the conversation. As a result, Serena's condition often goes misunderstood.

Serena sighs and turns to look out the window. "Other people's lives go on." She chokes on her words. "Just because yours changed…nobody else's has. It's nobody else's big deal other than yours."

Time changes everything. Serena has watched countless friends come and go. Less than a year ago, her long, flowing blond hair began to fall out in clumps onto her hairbrush. She began to feel more self-conscious after putting on a knitted hat. She cleaned out her closet to make room for smaller clothes. Hopes quickly turned into fears. The Lord became her closest friend.

"You've got to have something bigger than yourself that you reach out to for help," Serena notes, "I think if you don't have a good spirit or faith, I can't even imagine how people can get through it."

Serena and I take a short pause during our conversation, stopping to take a look in each other's eyes and let everything sink in. My heart burns as I watch her eyelids swell with tears. I realize that the extra medication she took before the interview is probably making her more emotional. I desperately want to hug her, but I know she is overwhelmed. The tape keeps rolling. As she turns towards the window again, I decide to skip to my final question – one that should hopefully give her some strength.

After reading the question, Auntie Serena mustered up a smile. Giving valuable advice to others is undoubtedly her strong suit. She rattles off a list of tips faster than my pen can scribble:

1."You always have to remember that someone else always has it worse. Your [life] isn't so special, and you just have to keep going. If you quit, no one is going to stop and pick you up."

2. As often as possible, make an effort to talk to someone who is struggling. Not everyone has a strong support system, and your words may help the person more than you think.

3. Make the most out of every day, and "live life like every day is your last." You never know when your life could change for the worse.

After we say our goodbyes, I stand in her driveway for a moment as she closes the front door. I suddenly feel a tingling sensation that envelops my whole body. For me, this reaction is extremely common: I call it a "God moment" – a time when the Lord wants me to step back and find goodness in the world. I turn around to face the house, and the tingling grows stronger. Serena is my goodness for the day, for she has humbled me with her unbelievable strength and perseverance, despite adversity. A woman who was only supposed to live for seven weeks post-diagnosis has graciously filled my life with joy, guidance, and motherly love for seven additional years. To me, she is not only my adopted aunt, but also my angel, forever and always. Walking home, I pray that she passes in peace.

Jori Waner is a lifelong resident of the Chicago suburbs, yet she is proud to call Notre Dame her true "home." As a Neuroscience and Behavior major, Jori holds a variety of research interests that bridge the gap between biology and psychology, including the application of positive psychology to conventional medicine. She is currently deciding between attending graduate school or medical school. Her portrait-of-another narrative, "My Angel," not only serves as an emotional tribute to one of the most influential people in her life, but also demonstrates how positivity, resilience, and perseverance are sometimes the best "medicine" for life's adversities. Jori is forever thankful to her Writing and Rhetoric professor, Dr. Elizabeth Evans, whose unmatched kindness and sensitivity has allowed Serena's story to live on in Notre Dame. Of course, this story would be nothing without the "angel" herself, Serena, who was beyond generous in sharing her incredible battle with appendix cancer.