To Know Nature is Not to Forgo Nature 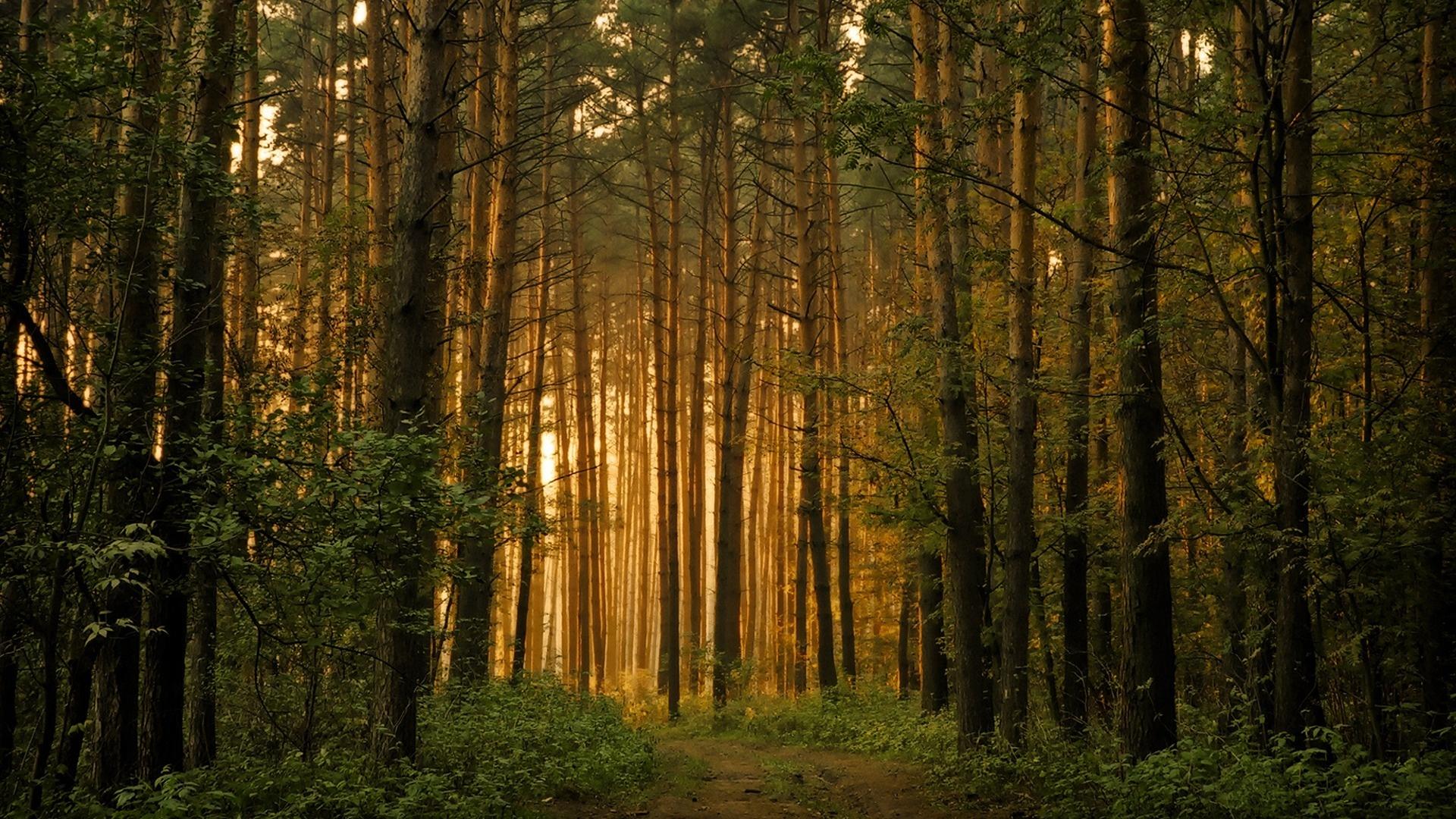 Emuna Braverman wanted a simple family vacation. She wanted to smell the salty Pacific and gaze at the rolling Sonoma Valley vineyards. However, there would be sacrifice for this scenery. No cell phone service meant nine whining children. "Luckily they recently installed WiFi," remarked daughter Jessica. "Can you believe they don't have trash cans on the trails?" asked son Adam, stamping his chewed gum into a hiking path. By the end of the trip, the Braverman family had experienced two very different vacations: one of ecological apathy and one of natural wonder. By the Braverman parents' account, it was astonishing that their nine children were indifferent when brought face to face with natural beauty. Separation from nature is what farmer-­turned­-author Wendell Berry warns against in his 2012 Jefferson Lecture of the National Endowment for the Humanities. He counsels his listeners to pivot from environmental indifference to a sustainable lifestyle.

Berry uses cause-and-effect logic, appeals to emotion, and credibility to persuade his audience that preserving land and the life around it is our sole hope for survival. Berry employs cause-and-effect logic to bolster his claim that cities suffer when the countryside is pillaged. After the Duke Trust was created in James B. Duke's name, Berry reasons that farmers were viewed as dispensable. Berry argues the following industrialist logic ensued: "Any small farmer is only one, and one lost, among a great multitude of others, whose work can be quickly transformed into a great multitude of dollars" (18). Industrialists then assumed altogether that "land and people can be divorced without harm" (18). Berry claims this as false. He argues that when land is mistreated and separated from human touch, the effects ripple out from rural farms to the urban cities. These cities grow less liveable as the countryside erodes, claims Berry. "There is in fact no distinction," he says, "between the fate of the land and the fate of the people" (18).

In addition, Berry uses a series of logical appeals to admonish the growing boomer population for causing the death of rural communities. He defines boomers as "those who pillage and run to make a killing and end up on Easy Street" (10). Berry claims that the stickers, the affectionate preservationist counterparts of the boomers, and their love for life and the home place are threatened by boomer greed. He reasons that extreme industrialism, capitalist logos, and late 19th-century American urbanization are underlying causes of what has now become a widespread boomer culture. Berry uses this evidence to back up his claim that we must conserve land and protect what lives around it. He cites "eroded, wasted, or degraded soils; damaged or destroyed ecosystems; extinction of species; natural health and beauty replaced by a heartless and sickening ugliness" (22) to convince his listeners that land is being exploited by those who pillage and run. To where are they running? Away from rural communities, claims Berry.

By contrast, Berry uses pathos to make the case for affection as the counter­-agent to land destruction. He tells the story of ecologist Aldo Leopold, who in 1935 purchased a dilapidated wind farm in Wisconsin. Berry notes that each sentence in Leopold's 1947 essay, "The Land Ethic," conveys a deep­-seeded affection for Leopold's ruined farm, and a sorrow that those who had once cared for the place let it reach its ramshackle state. Through this anecdote, Berry appeals emotionally to his listeners. He evokes sympathy by explaining that Leopold's resurrection of the wind farm took time and affection. Leopold worked not from a sense of moral righteousness, but out of gentle fondness and devotion to his land. Using Leopold's motives for conservation, Berry spurs his listeners to fundamentally connect with a place or thing they too hold dear and, thus, to relate to Leopold's affection for his farm.

Berry further appeals to his listeners' emotions when relating his grandfather's trials and tribulations as a farmer. Recounting the story of his grandfather selling tobacco crop, Berry paints a vivid picture of his father sitting at a table with his parents, discussing the family's crop that would be sold the next morning. Berry's grandfather left in high hopes that morning, and came back that evening "without a dime" (10) due to a boomer monopoly on tobacco. Disappointment yanks on the listener's heartstrings when Berry explains this family defeat. His audience realizes how little has been done by big boomers to heal the wounds they left decades prior. Berry cites his grandfather plowing the family farm's field, repairing its soil erosion, and never leaving the farm to make clear his family's profound affinity toward agriculture. Once more, Berry's audience is emotionally drawn to his family's devotion through his anecdote. On the topic of family, Berry establishes credibility with his audience by claiming a decades-­old familial connection to his home place in Kentucky. Standing before an audience interested in history and conservation, Berry adduces his family's farming heritage to create trust with his listeners. He relates personal insight regarding his grandfather's first and only trip out of Kentucky in to Tennessee. When asked for his opinion on travelling outside of Kentucky, Berry's grandfather replied "Well, sir, I've looked with all the eyes I've got, and I wouldn't trade the field behind my barn for every inch I've seen" (17). Berry's rhetorical strategy when relating this story is to build credibility with his audience. He establishes that he is a product of his community that speaks from years of experience. Berry goes on to relate anecdotes about his grandfather's tobacco farm, his first encounter with Duke's bronze statue, and his neighbors in their Kentucky community to create this sense of authenticity with his listeners.

Likewise, Berry draws on his credibility as a sticker to discourage mobility. While some of Berry's neighbors were forced into scattering or "mobility," the ones who stuck continued the community's cultural cycle. Berry argues that this cycle, a continuous conversation between the elders and the youth of a community, is of utmost importance because it assures "the survival of local memory" (23). The death of this local memory, Berry reasons, is caused by mobility. While Berry acknowledges the counterargument that mobility, both physical and digital, pushes our civilization "upward to a higher standard of living" (30), he draws on his identity and sticker roots to persuade his audience that mobility truly is "an ever­-worsening unsettlement of our people, and the extinction or near­-extinction of traditional and necessary communal structures" (30).

Apart from his credibility as a sticker, Berry employs scholastic ethos by citing credible literature concerning his main argument, which makes clear to his audience that he is well read. From essays on property to terminology coined by Wallace Stegner, Berry calls on reputable sources that authenticate his claims. One of these sources is E.M. Forster's novel Howard's End, which forecasts a future of widespread machinery and the consequent ugliness brought about by humanity's lust for mobility and material goods. Berry uses the novel's climax to bring credibility to his own argument while bolstering his ideas about affection for land. After disagreeing about the importance of affection and the soul, the novel's protagonist, Margaret, instructs her husband Henry "It all turns on affection now … Affection. Don't you see?" (35). On one hand, Berry conveys to his listeners that his ideas on affection stand on the shoulders of great authors. On the other, he asserts that much like Henry, our society must wake up to affection and preserve Earth's land and the life around it.

Most importantly, Berry's lecture effectively persuades his audience to turn toward affection to heal the land economy. He succeeds in employing evidence­-based reasoning while building credibility and eliciting an emotional appeal to his audience. Throughout his lecture, Berry returns to affection, encouraging his audience to treasure Mother Nature. Particularly, Berry's lecture fits into the wider context of extraction, described in Annie Leonard's 2007 video "The Story of Stuff" as "natural resource exploitation." Both Berry and Leonard lament the ever­decreasing pool of natural resources on earth. Whereas Berry's argument is cornerstone to revitalizing the community and small­town economy, Leonard's focus is on the broader scope of global economy. Both Berry and Leonard would agree that less exploitation and more revitalization can only happen when our economy turns on affection. In Berry's words, "To cherish what remains of the Earth and to foster its renewal is our only legitimate hope of survival." Our survival then starts with the decision to keep gum off hiking trails, look up from the cell phone, and notice all this world has left to offer.

Pete Freeman is from Noblesville, Indiana, and a proud resident of Knott Hall. He is pursing majors in economics, gender studies, and peace studies. "To Know Nature Is Not to Forgo Nature" was inspired by Freeman's interest in Wendell Berry's 2012 Jefferson Lecture of the National Endowment for the Humanities. In his lecture, Berry cautions against indifference to the natural world and encourages his listeners to pivot from environmental indifference to a sustainable lifestyle. Freeman's essay analyzes Berry's use of rhetoric in his address. The essay offers specific examples of Berry's rhetorical moves and contextualizes his call to action for "healing the land economy." Freeman would like to thank Professor Edward Kelley, his Writing & Rhetoric instructor, for sharing his passion for criminal justice issues and for his help in developing Freeman's rhetorical abilities