You Say Tomato, I Say Fruit 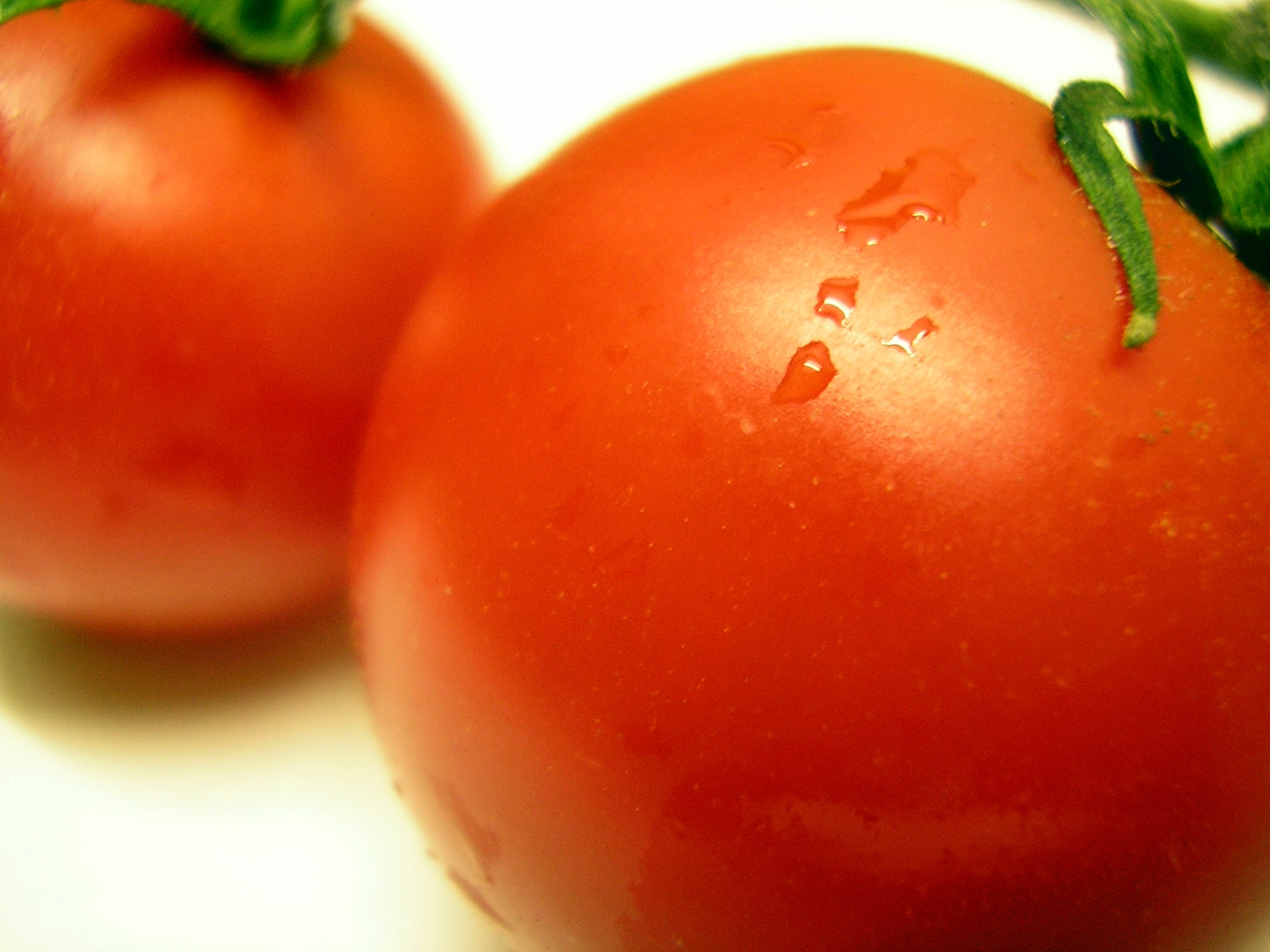 British journalist Miles Kingston once said of the tomato, “Knowledge is knowing that a tomato is a fruit, wisdom is not putting it in a fruit salad.” Kingston’s statement makes the tomato’s definition seem simple, but in reality it’s anything but. For decades, botanists and congressmen alike have stewed over one, central question: is the tomato a fruit or a vegetable? Both sides have made valid arguments supporting or denying the tomato’s fruithood, but the matter boils down to an argument of definition. In the end, a tomato is a fruit because it fits the defining botanical criteria for a fruit.

Before going into the characteristics that make a fruit a fruit, I’d like to address the question that’s probably running around some of your heads right now: “Who cares?” Well how about the United States Supreme Court? In 1893, a court case concerning the tomato’s status as a vegetable came before the Court on the grounds of a tax dispute (Cunningham). To protect national farmers, vegetables brought into the United States are subject to an import tax which fruits are exempt from. Confusion over the tomato’s botanical status caused importers of large quantities of tomatoes to demand a definitive ruling on the tomato’s classification and its consequent tax, or lack thereof. In the end, the Court ruled that, for tax purposes, the tomato was in fact a vegetable (Cunningham). This decisive government classification subjected tomatoes to the vegetable import tax and raised the price of imported tomatoes. This revelation may not appear pertinent to modern college life, but the lasting effects of this definition are closer than they seem. Today, when the weather turns colder and tomatoes are no longer in season in the U.S., food suppliers, like grocery stores, are forced to purchase the only tomatoes available: pricier imported varieties. Prices must be adjusted to accommodate the higher import tax and, though the shifts are minimal, most college students can attest to the importance of saving a few cents here and there. This financial impact on everyday consumers is what makes the definition of a tomato a compelling and relevant topic of discussion, and debate.

Although the Supreme Court classified the tomato as a vegetable, I’d like to dispute this claim and make a case for the other side. Fruits and vegetables are similar in terms of nutritional value and both contain vitamins and minerals essentials for good health; however, in terms of botanical structure, they differ substantially. Two main criteria differentiate fruits from vegetables. The first is that fruits form from the flower of a plant (Nelson and Zeratsky). Before the formation of a typical fruit, flowers blossom from the plant’s main body. As these flowers wilt away, they are replaced by a newly formed fruit which continues to grow where the original blossom once was. The second criteria is that fruits are the seed-bearing portion of the plant (Nelson and Zeratsky). Fruits contain the seeds of fruit-bearing plants in order to disperse them and create new offspring. When ripe, fruits are meant to fall from the plant to the earth, where the outer flesh of the fruit decomposes, releasing the seeds into the soil and providing fertilization for the fledgling plants. When applying these two criteria to a tomato, it is evident the tomato truly is a fruit. Tomatoes typically grow on vines where they are, in fact, the progeny of tomato blossoms, yellow flowers which appear on the vine several weeks before the fruit. Tomatoes fulfill the second criteria as well. The interior of a tomato is filled with seeds and an acidic gel, making it the seed-bearing portion of the tomato plant, and, ultimately, firmly defining the tomato as a fruit in a botanical sense.

This botanical definition, however, flies in the face of the official ruling of the Supreme Court concerning the tomato’s classification. During the hearings surrounding the case, the Court adopted a classification based on the culinary usage of the tomato, rather than its physical attributes. According to the official court report, Justice Horace Gray delivered the Court’s rationale, saying, “In the common language of the people, […] all these are vegetables […] and which, whether eaten cooked or raw, are […] usually served at dinner in, with or after the soup, fish or meats which constitute the principal part of the repast, and not, like fruits generally, as dessert” (Nix v. Hedden). The court used another set of definitional criteria based on the taste and usage of a fruit, citing the lack of sweetness in a tomato and its relative absence from sweet applications as reasons it should be deemed a vegetable. These criteria, however, are flawed. By these standards, any vegetable commonly used in a sweet application should be deemed a fruit too. But what about carrot cake? Strawberry rhubarb pie, anyone? How about some traditional Red Velvet cake, sweetened and colored by beet juice? Under the Supreme Court’s definition, carrots, rhubarb, and beets should all legally be considered fruits. But they aren’t. In the end, classifying fruits and vegetables by culinary application only works on a case-to-case basis and creates unnecessary gray areas when defining foods that can be used in both sweet and savory dishes. Botanical definitions eliminate as much discrepancy as possible with their basis on scientific facts, and should therefore be used to classify fruits. Since the tomato is a fruit by these botanical standards, the tomato is a fruit and should be defined as such, even if it makes a deeply terrible fruit salad.

Katelyn Frierott is a biology major from South Bend, Indiana. Her definitional essay, “You Say Tomato, I Say Fruit,” was inspired by her love of cooking and the culinary arts. This love was fostered from an early age as she worked with her mother in the kitchen, making meals for family and friends. Katelyn’s essay utilizes this passion to explore the topic of food classification, and, more specifically, the classification of a tomato as a fruit. Her essay argues that the savory nature of tomatoes has no bearing on its classification as a fruit, and cites examples of other fruits used in savory applications as proof of this theory. In the future, Katelyn plans to pursue a career in the biological sciences, hoping to work as a researcher in the field of food science. She would like to thank Professor John Duffy for his guidance and her Writing and Rhetoric group for their editing assistance.