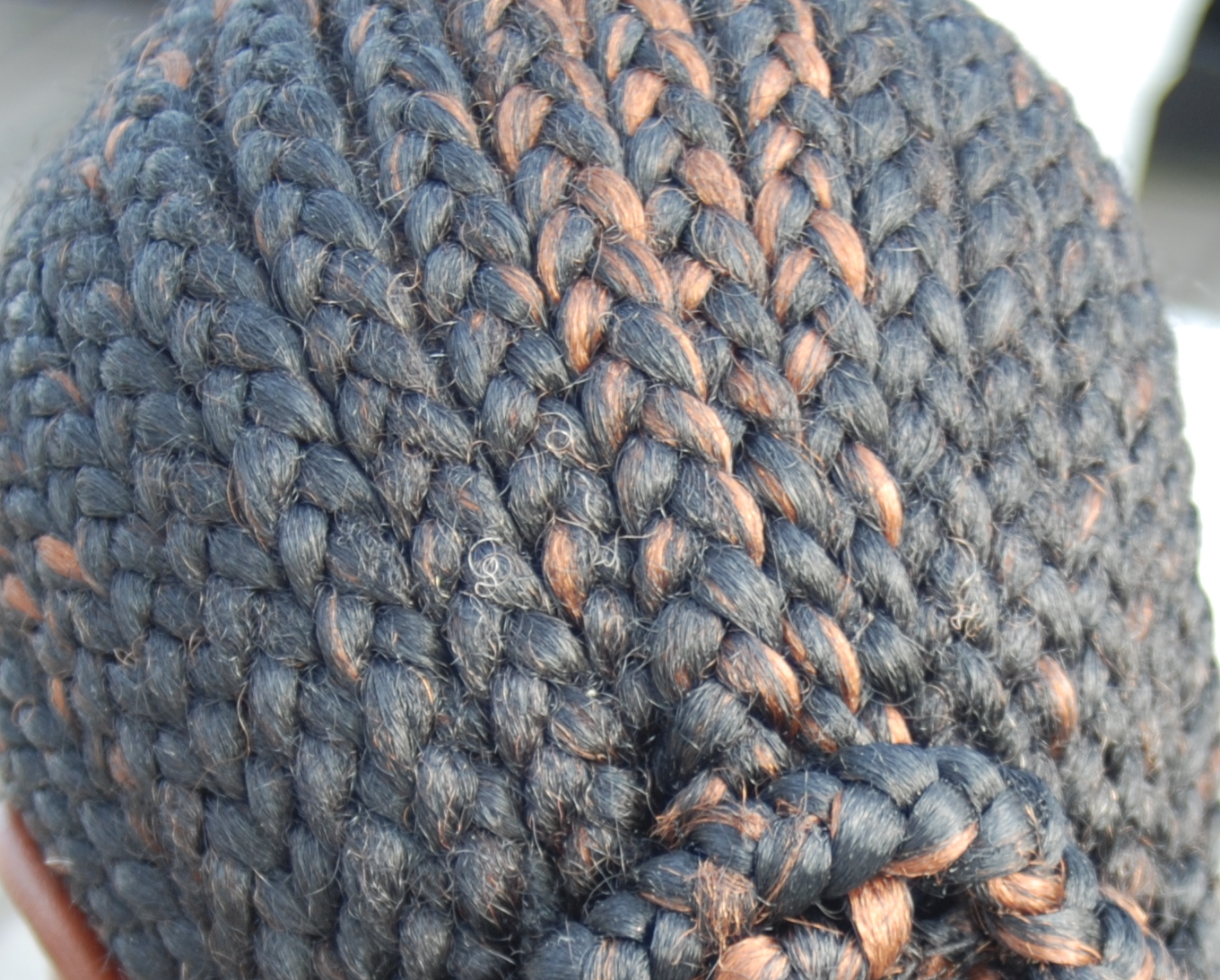 I had my braids tied back the day I tasted my first elephant ear. This was a period of firsts; first year of college, first Texas State Fair on campus and my first time breathing American air. I was a freshman in the true sense of the word. But, not everything was new. Small things made me forget that I was so far away from home. There was the sound of laughter that clung to the wind as it cooled down the summer night that reminded me of the streets of Harare. There was the sweet sugary smell that reminded me of local home-made sweets sold on street corners in my hometown. The Texas State Fair was abuzz with familiar energy but my heart was set on trying one new thing. Elephant ears.

A multitude of people stood between me and my first ever elephant ear. It seemed as though the clock was on a go-slow so I eavesdropped on as many conversations as my two ears could let me. Dorm parties, drunken madness, changing majors and summer experiences. I heard it all. While I relished these stolen stories, I maintained that uninterested look of indifference. I was a casual spectator in a new world, experiencing everything anew. The night was just like any other, calm and uneventful. Till I felt a slight tug on my braids.

I had so many tiny braids spread across my scalp. They were the result of more than twelve hours of patience and adept twisting. Their size and number made people assume that it was impossible to feel any one of them. I could. I felt another tug. I ignored it. The quad was crowded so it had to be an accident. I felt it again and this time I heard the hushed tones behind me as a voice admonished her friend not to touch my braids or ‘hair’ as she referred to it.

“I just want to see if it’s her hair or they are extensions,” a second voice responded.

“What if she feels it?” the first voice giggled.

A deep feeling of helplessness mixed with anger swept over me like a chill.

“She won’t!” the second voice whispered loudly, tugging at yet another braid.

That night I got lost on my way back to my dorm. I also found out after my first bite that elephant ears were made with cinnamon. I hate cinnamon.

My braids were a little frayed at the roots when I realized I had a buffalo wing habit. Taco Bell was my favorite location on campus because they made the best buffalo wings. It was a long wait to get them. An entire eight minutes and thirty-five seconds on good days and two minutes more during weekends. The taste was worth the wait on any day. While I waited, my eyes always gazed right past the display with the cheese sticks and landed on an empty chair in the University Hair Stylists. The salon, with its huge square sign written in blue and white with a wooden trimming, reminded me of salons back home. Open. Airy. Spacious. Inviting.

Hair salons have always been synonymous with friendship and camaraderie. You enter the room and place your hair's fate in the hands of a stranger. It’s a place in which you can not help but make new friends. I always think of two sets of friends when I gaze into the salon. My new friend and my old friends. I met a girl who shares my name and my love for Azonto. We bonded over hair, braids and the fact that English is neither our first nor second language. She never once asked to touch my braids. She had her own. Hers were thicker, longer and had a dark black color that suited her skin tone and brought out the brown in her eyes.
She laughed at me once when I told her that I would go to the University Hair Stylists to get my hair braided. Her laugh had a sad ring to it.

“You need to go to the Multicultural Student Program and Services.” she said. “They could give you directions to a place somewhere in South Bend where that could be done.”

I wondered what such an important sounding department had to do with something as basic as hair.
I said nothing.

She had been here a year longer than me. She knew how the system worked. She accepted it in her own silent way.

My old friends on the other hand are all loud, budding activists. They believe in challenging anything that can be challenged. If they can not change a situation they will talk about it relentlessly. They are the type of people who would probably walk over to the salon and demand that someone cornrow their hair just to highlight the injustice of it all. I sometimes wonder how they would respond when asked some of the questions that are constantly thrown at me.

“Can I touch your hair?”

“Do you have electricity in Africa?”

There is no universal formula or algorithm that can used to determine how to answer such questions. It’s a situation our parents skipped when they taught us about responding to bullies. So some of my friends choose to be passive-aggressive, others tend to be just aggressive. You can not fault either one. I have a friend whose go-to response is “Google is free. There is no excuse for your ignorance.” I imagine she raises a fit whenever anyone attempts to demolish her perfectly constructed afro. She believes that no one has a right to exoticize her and treat her in a manner fitting a subject in a petting zoo or a modern day Saartjie Baartman. Like most of my old friends she is self-assured in the midst of uncomfortable conversations that are inspired by prejudice.

I remain a little unsure of how to act. On bad days this uncertainty makes me feel like a coward every time I quietly walk past the salon’s blue and white entrance. On good days I believe my silence is a little loud.

My braids have snowflakes in them when I learn to appreciate the solidarity that friendship provides. Everything is white. It’s the heart of a Mid-Western winter and snow covers the earth while the cold wind blows freezing air. I have a lot of friends now. Campus is warmer than it has ever been. The cold wind is taking its toll on my hair so I plan a trip to the mall in search of the olive oil that my scalp is craving.

My friends come with me. I do not remember how we met but I recall how we bonded due to our love for real football which everyone calls soccer. We have an obsession with video games and we truly believe our basketball skills will one day take us to the NBA. One of us has a thick accent, another has been called the ‘N’ word in his dorm more than once and the last is trying to figure out why everyone assumes she’s Haitian. We argue about different things, what diversity does not mean, how to avoid being labeled as “the angry minority” and the thin line between ignorance and racism. Our friendship is strengthened by something bigger. We just get along. It also helps that we all love eating fast food in the early morning after long hours of studying.

The bus approaches. We hold our student ID’s as a rite of passage, a demand for acceptance. We sit fairly close to the back of the bus. I would have liked to sit at the very back but there is a middle-aged man occupying the seat. He seems to know the woman sitting right behind us. There is a familiarity about him that I cannot place. He talks to the woman who just came back from visiting South Africa or just ‘Africa’ as he calls it.

“Did you see the children with the big bellies?” he asks and I place him immediately. He reminds me of a distant elephant ear memory.

I tug at my braids and try to stare out the window. The man continues a little louder, claiming he has a solution to the poverty problem in America.

“Let’s all chop up the homeless people and feed them to the hungry Africans.”

A deep feeling of helplessness mixed with anger sweeps over me like a chill. This time there is a little less anger. After a while I can not hear the man anymore. I block out the man and his words the same way I chose to ignore two girls at a Texas State Fair seven months ago. This has become a reflex action each time this country gets a little uncomfortable.

I turn to my friends and they seem not to hear him either. We play family feud. A little too loudly. We smile at each other. A little too hard.

There is something free about ponytails.

Geraldine Mukumbi is a member of the class of 2016 who comes from Ngezi, a small town in Zimbabwe. Her majors are Consulting and English with a minor in Africana Studies. She hopes to pursue any career that allows her to dream and create on a daily basis. Her narrative essay, "The Elephant Ear Memory," is a journey through the confusion of being new in a foreign place and coming to terms with the notion of difference. Despite being written out of sheer frustration, it offers a heartwarming perspective on how we grow into ourselves and ultimately takes the reader through one person’s journey of becoming comfortable in her own hair. She remains thankful to her friends, faculty and family who are always willing to challenge her to create. Special mention goes to Professor Jimenez-Moreno, whom Mukumbi credits as being the one person who saw some semblance of a story in the haphazard drafts that preceded her narrative.