On the Need for Affection in Modern Lives 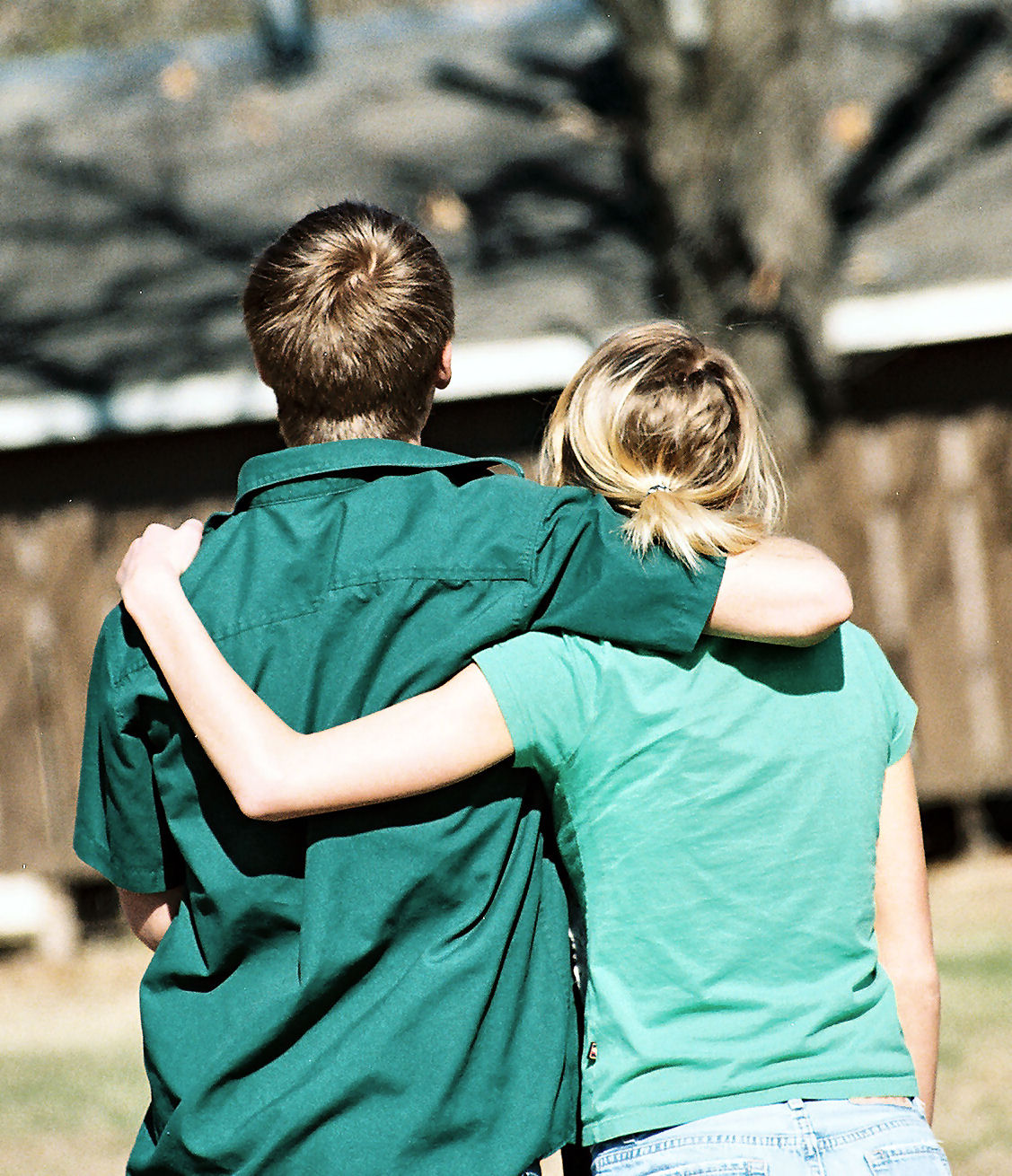 Like it or not, day by day, humans are becoming less and less connected with one another. Thanks to the rise of the Internet and social networking, people in general have become more complacent with less than intimate forms of interaction. Text messaging, online messaging, and Facebook are all technologies that are meant to bring us closer together, but, ironically enough, they have had the opposite effect, greatly devaluing the worth of personal, face to face communication. While these resources have certainly made the physical gap between one person and another seem to vanish, the emotional gap has grown much wider. As people become more emotionally distant and cold, they lose compassion for each other and their surroundings; above all else, though, they lose affection.

In his 2012 Jefferson Lecture, Wendell Berry explains that this loss of affection in our modern world should be the utmost concern of all members of society. Berry argues that a revival of honest affection--that is, earnest concern for the people and places that surround us--is the dire solution needed for the current ailments plaguing human interaction with the world. Through a combination of logical, pathetic, and ethical appeals, references to counter-arguments, recognition of stakes, and the occasional hypothetical question, Berry argues in favor of the reincorporation of affection in our lives. Additionally, he makes claims on the detrimental effects of consumerism and industrialism upon our culture.

Berry makes the context of his pro-affection argument immediately apparent when he plainly divides Americans into two categories: boomers and stickers. He defines the two as polar opposites, the boomer as one who “is motivated by greed, the desire for money, property, and therefore power,” and the sticker as one who is “motivated by affection, such love for a place and its life that they want to preserve it and remain in it” (2). What also divides these two types of men, he says, is “a failure of imagination that [is] ruinous,” but not imagination in the fantastical, make-believe sense most people tend to believe in (3). Rather, Berry’s sense of imagination is “a force of vision,” one that “thrives on contact, on tangible connection” and that allows people to fully see their place in the world; this form of imagination makes room for affection.

Berry’s distinction is elaborated upon with the mention of James B. Duke, in Berry’s opinion an exemplary boomer, and his dominance within the tobacco industry during the early part of the twentieth century. Duke is described as a man of humble origins, having come “from a rural family in the tobacco country of North Carolina,” only to grow up to become the head of the American Tobacco Company, a man who “[did not] imagine farms and farmers,” but rather saw statistics and factors to be toyed around with in his monopoly (4). By relating the exploits of Duke and framing him as a boomer, Berry is able to not only expose the negative effects of industrialism upon the nation, but also achieve a logical appeal with readers by citing the well-known industrialist’s history.

But Berry does not limit Duke’s legacy to the sweeping historical sense most people imagine it to be. Instead, he expands it with a personal example through the story of his grandfather’s plight with the firsthand effects of Duke’s corporation. Berry’s grandfather remained on the family farm despite the countless hardships brought upon by the Duke monopoly and the elements themselves as powerful rains eroded the land, leaving him to “[heal] the scars” of emotional and physical harm (2). The twofold toll on Berry’s grandfather is undoubtedly meant as a pathetic appeal, inspiring both sympathy and awe at the man’s reckless determination. “In an urbanizing and industrializing age,” Berry says, “[his grandfather] was the wrong kind of man” (2). The grandfather was a victim of a system that transplanted rural lives into industry too carelessly, one that ran on numbers and efficiency, not care, compassion, and affection for the real humans behind all the corporate decisions.

The industrialist model continues to this day, though, and according to Berry it should not be treated as a problem of the past. Common people leading their everyday lives should not distance themselves from the problem as if it is brought upon by “a few mongers of power and heavy equipment,” but rather accept that “[they] all are implicated” (7). Berry believes that the economy is based on consumers that simply by the virtue of their “daily economic life” consent to the current system, “whether or not [they] approve of it;” this, he says, is because of the “increasing abstraction and unconsciousness of our connection to our economic sources in the land, the land-communities, and the land-use economies” (7). That Berry sheds light on our collective guilt brings up an ethical appeal that causes readers to question their own stance on the issue of the economy, and perhaps even analyze their role within the machine, judging whether or not their actions truly lack the care that Berry is describing.

Such an emphasis on affection could have its opponents, though. Berry realizes that “there is risk in making affection the pivot of an argument about economy,” that affection, with its connection to emotion, might be “merely ‘subjective’” and therefore not applicable to serious matters (4). He waves off these concerns not by trying to deny the emotional aspect of affection, but rather by embracing it, saying that our affection is merely being channeled incorrectly, led away from “things that are true, just, and beautiful(4)”. Affection can’t work with every aspect of our lives; after all, “when we give affection to things that are destructive,” like corporations, “we are wrong” (4).

Berry makes his argument ever more relevant and immediate to modern audiences by addressing common arguments in favor of social mobility, a movement that many say brings about higher standards of living. To Berry, though, this mobility has only inspired further loss of affection. Humans, he argues, have a limited “ability to tolerate or adapt to change,” a fact that is reflected in “the slower, kinder process of adaption or evolution” (10). Industry, however, with its relentless support of mobility, refuses to accept these gradual changes, opting instead for the sudden upheaval of populations from their ancestral land. This uprooting negates love for the land, making it impossible for affection to take hold in these transplanted people. Thus, affection extends beyond person-to-person interaction and includes our connection to the land, a love that Berry’s grandfather epitomized through his struggles with the family farm.

What’s more, social mobility has seen “the extinction or near-extinction of traditional and necessary communal structures” (10). Berry sees that people foolishly believe that such locally based structures, centered on local post offices, newspapers, shops, and the like, “have been replaced by technologies,” but Berry asks of us, “what technology can replace personal privacy or the coherence of a family or a community?” (11). In the rising age of the Internet, no issue seems more pertinent than the struggle of age-old personal interaction to remain relevant in light of new forms of communication that value distant connections over truly intimate bonds.

If all of these forms of argumentation have not done their job of persuading the reader to consider the importance of affection in an ever modernized society, Berry ensures that his point comes across by setting down his stakes in strikingly blatant terms. He plainly states that “without this informed, practical, and practiced affection, the nation and its economy will conquer and destroy the country” (12). This ultimate stake is both a summation of Berry’s grand argument in favor of more traditional values and a call to action. Albeit a bit harsh, the message is well put: either we as a society accept the failures of the industrial model of the past century and a half and learn to become more affectionate of one another, or we continue to lead ourselves into a self-induced ruin.

Jesus Mendoza is from San Diego, majoring in English and pre-professional studies. Mendoza's essay, written as part of his community-based Writing and Rhetoric course, is a rhetorical analysis of American author Wendell Berry's 2012 Jefferson Lecture in the Humanities, entitled "It All Turns on Affection." Mendoza was inspired to reflect on the lecture’s commentary on the detrimental effects of consumerism, capitalism, and industrialization by Berry’s sense of urgency and immediacy. While Mendoza believes that the public is aware of the issues Berry brings up in his lecture, he feels that Berry makes them feel too relevant to not be of the public’s concern. Mendoza plans to attend medical school to become a physician, and he wishes to thank professor Edward Kelly for both guiding him in his semester of Writing and Rhetoric and introducing him to Wendell Berry's writing.