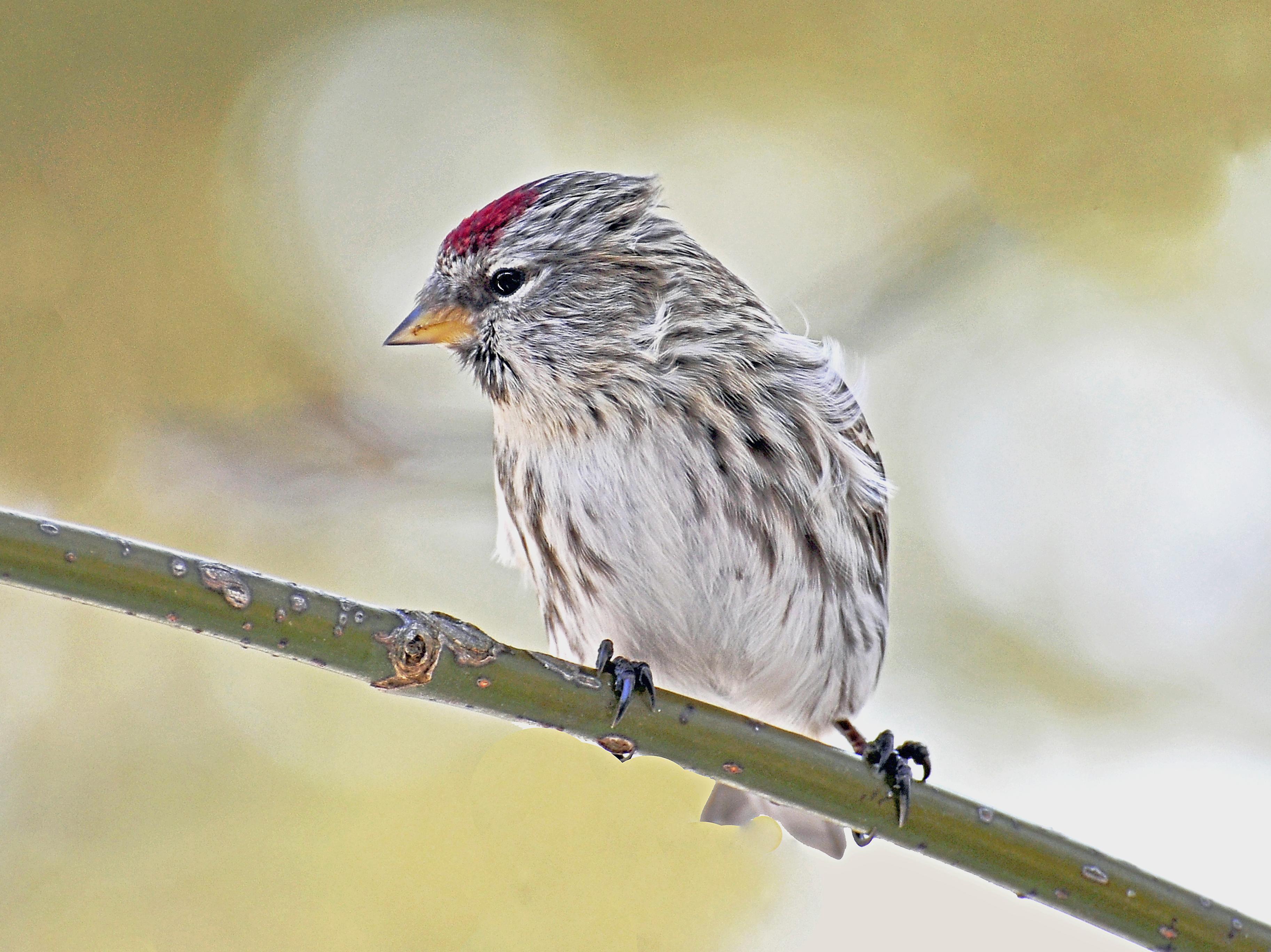 Much of Western thought throughout the ages focuses on the ideal, the perfect. During medieval times, philosophers focus on religion. Perfection is God. Absolute truth is the mystery of faith, of the life and teachings of Christ. In John Caputo’s book, On Religion (2001), he dubs this the Sacral Age. Medieval thought strives endlessly to attain the holy. They represent this holy perfection in all of their architecture, fine art, music, and poetry. Later on, in what Caputo calls the Secular Age, the philosophies of Descartes and Kant lead to an idolization of reason as the way to perfection; during the Enlightenment, thinkers start to have a great faith in the ability of the mind to comprehend all things through reason. They put reason up on a pedestal; if things can’t defend themselves in the “courtroom of reason” they are of no use. Religion is unable to pass this test of reason and is discarded by secular thought. Then we come to Nietzsche, who notices the “death of God” and explains that it came about by reason’s exclamation that Christianity is but a perspective. However, in an interesting twist, the logical perspectives hailed as perfect truth during the Secular Age also start to be perceived simply as perspectives, bringing about the present age, what Caputo calls Post-Secular. This Post-Secular age brings about the alternative view that “There are many different and competing beliefs and practices and we should make every reasonable effort to accommodate them, to let many flowers bloom. Including the flowers of religion. For what no one saw coming was the way the Nietzschean critique undoes the modernist critique of religion and opens the doors to another way of thinking about faith and reason” (Caputo 63). Thanks to this evolution of thought—the viewing of God skeptically, then the viewing of the skeptical critiques of God skeptically—religion is given another chance.

During the emergence of this train of thought, shortly before Nietzsche’s writings (published in the 1880s), a young priest named Gerard Manly Hopkins writes a poem in 1877 that he titles "Pied Beauty." It proposes an entirely different view of the world from the ones expounded by the preceding thinkers, and seeing that it’s written before Nietzsche’s observations, it’s ahead of its time. In "Pied Beauty," Hopkins departs from the way of thinking of the time period, displaying a form and message distinctly different from poets before him: strict reason and the grasping of the absolute/ideal is not the path to enlightenment. Hopkins proposes a message through his poem that ideal beauty is not something to be grasped at through apophasis or complex logic, but is present in the essence of things because God, who created everything, is forever the ideal. Hopkins does this in the groundbreaking form of "Pied Beauty"–through its rhythm, alliteration, assonance, and consonance—and also in the way he approaches poetry, the beauty ideal, and creation.

One way that Hopkins’ poetry departs greatly from his contemporaries’ is its use of rhythm. Two other poems we looked at early in the semester were the anonymous "This Endris Night" and Alexander Pope’s "An Essay on Man." "An Essay on Man," written in 1732-3, exemplifies the use of rhythm by the secular minds before Hopkins. Pope writes his poem in iambic pentameter, which gives it a very logical sound. The rhythm is carefully measured and uniform like an argument, symbolic of the courtroom thinking of secular philosophy. In "This Endris Night," from the 15th century (during the “Sacral Age”), we see a 4-3-4-3 stressed syllable meter, typical of a ballad. Its similarly measured meter makes it sound like it makes sense, but not in the scientific way of Pope’s secular poem. The musical feel of "This Endris Night" hits the reader like the accepted faith of the Sacral Age: it was unquestioned, pleasing, and pure so people “knew” it was right. "Pied Beauty" has no meter. It is startling to read, but it is no less moving than the other two. By doing this, Hopkins illustrates the value of not using logic, of not being positive in the logical sense. "Pied Beauty" makes sense in a different way than "This Endris Night" and "An Essay on Man," and it has more to do with feeling than strict logic.

The lack of focus on meter in "Pied Beauty" brings the focus to the sounds of the words in the poem, to the alliteration, assonance, and consonance used. This serves to show us that a word does not have to be perfectly ordered in meter to retain beauty or value; things maintain their inherent value by existing. Hopkins stresses that it is not the logical proposition of a sequence of words or the sweet musical rhythm imposed on them that makes them of worth. The words of a poem have value in their own right, and each word resonates off of the next through the alliteration, assonance, and rhyme of the poem, illuminating each of their unique qualities. This is obvious from reading only several lines: “Fresh-firecoal chestnut-falls; finches’ wings; / Landscape plotted and pieced—fold, fallow, and plough.” The repetition of the “f” sound and the “p” sound through alliteration draws the reader’s attention to these sounds, as does the consonantal emphasis on “es” (in “fresh” and “chestnut”). Hopkins places emphasis on the individual word as beautiful, and the sum beauty of all of the individual words leads to a poem bursting with intense harmony. The simple fact that the word is a word makes it good and right and musical, not the structure imposed on it; Hopkins uses poetic devices in the poem to emphasize the sounds of the words themselves. This move towards the beauty of a word in its own right from the focus on logical or musical presentation points to Hopkins’ movement away from enlightenment thought to a line of thought that places inherent value on the thing overlooked, simply because it is.

This line of thought is evident in the meaning of "Pied Beauty" as a whole as well. "Pied Beauty" is a concept totally absent from sacral and secular thought. Sacral thought put forth that to attain the ideal one had to ascend beyond the self and this world to a higher, most perfect state of holiness and get rid of all that was imperfect and in the way. Secular thought put forth that only reason could lead to one’s discovery of the ideal in any area and that this discovery was possible and desired. The Sacral ascended beyond this world through holiness. The Secular ascended beyond this world through the logic of the mind. Hopkins does not need to ascend. He is not aiming to understand or capture some far off ideal; he sees it in everything, even the pied, the “couple-colored”, and the contradictory. The title of "Pied Beauty" illustrates this view’s stark contrast to the pure, ideal beauty that is praised so much in the preceding years. He starts the poem off with “Glory be to God for dappled things,” praising things not typically praised for their beauty, but things that are truly beautiful in their own right:

For skies of couple-colour as a brinded cow;
For rose-moles all in stipple upon trout that swim;
Fresh-firecoal chestnut-falls; finches’ wings;
Landscape plotted and pieced—fold, fallow, and plough;
And áll trádes, their gear and tackle and trim.

The poem's lack of rhythm and heavy use of poetic devices emphasizes not only the inherent beauty of the sound quality of each word, but also the inherent beauty in the meanings of the words. This is the effect that Hopkins wants to have. Hopkins tries to say, through this poem, that it is not just the ideal that is of worth, but all of God’s creation, even the things that are not purely beautiful. Things of multiple qualities, of “couple-colour”—pied things—are beautiful, and it’s not because of their purity or perfection, but because they simply are. In the following four lines, Hopkins widens his scope to illustrate this message further:

All things counter, original, spare, strange;
Whatever is fickle, freckled (who knows how?)
With swift, slow; sweet, sour; adazzle, dim . . . .

Even the strange, tainted, and contradictory are beautiful in Hopkins’ eyes. In Secular logical thinking, if something contradicts logic it is completely useless; Hopkins says contradiction’s very existence is beautiful. People don’t typically value the sour. They would rather have something sweet which would be more pleasurable, more perfect. Hopkins marvels at the existence of both, however. That sweet and sour exist in contradiction is amazing, a miracle even! These things are beautiful because, as he ends it, “[All things] He fathers-forth whose beauty is past change: Praise Him.” Hopkins exclaims that everything in existence is beautiful because its creator’s beauty is past change; the fact that something is contradictory or pied does not make it a non-ideal. We do not determine what is ideal. We are unable; we are limited and human. In the Secular Age, philosophers tried to discover, create, and pursue the ideal, discarding all that was not logical, but who are they to say that the illogical or imperfect is not ideal? In the Sacral Age, theologians focused on what they believed to be the high, intangible ideal of Christian faith at the expense of all that exists in the physical world, but who are they to say that the rest of God’s creation is not valuable also? Hopkins illustrates and accentuates the beauty of all that was not formerly considered beautiful. Through "Pied Beauty," he looks at creation, beauty, and the ideal with a new lens, a lens that was before his time.

"Pied Beauty" is a poem of great beauty, though it is not typical beauty. Its form is crucially different in its use of rhythm and emphasis on words. The poem’s lack of meter draws attention to the sound of the words, and this effect is magnified by Hopkins’ use of alliteration, assonance, and consonance. With attention drawn to the sound of the words, the beauty of what the words represent also shines through, despite the poem’s subjects’ pied-ness and impurity. All of this adds up and serves to send Hopkins’ message that beauty is not dependent on how pleasing or perfect something is, but rather on its existence. In its form and message "Pied Beauty" is not like the poems before it, and yet it is beautiful, in its own way. Hopkins’ poem is a prime example of what it tries to explain. Even though it is not a typical poem, even though it is not logical or lofty, it amazes and astounds. Hopkins wants us to realize this: even the things that don’t make sense, or run against the grain, or aren’t great by typical criteria are beautiful. And they are beautiful because they are, and they are because they came from the pinnacle of beauty that is God. Praise Him.

Glory be to God for dappled things—
For skies of couple-colour as a brinded cow;
For rose-moles all in stipple upon trout that swim;
Fresh-firecoal chestnut-falls; finches’ wings;
Landscape plotted and pieced—fold, fallow, and plough;
And áll trádes, their gear and tackle and trim.

All things counter, original, spare, strange;
Whatever is fickle, freckled (who knows how?)
With swift, slow; sweet, sour; adazzle, dim;
He fathers-forth whose beauty is past change: